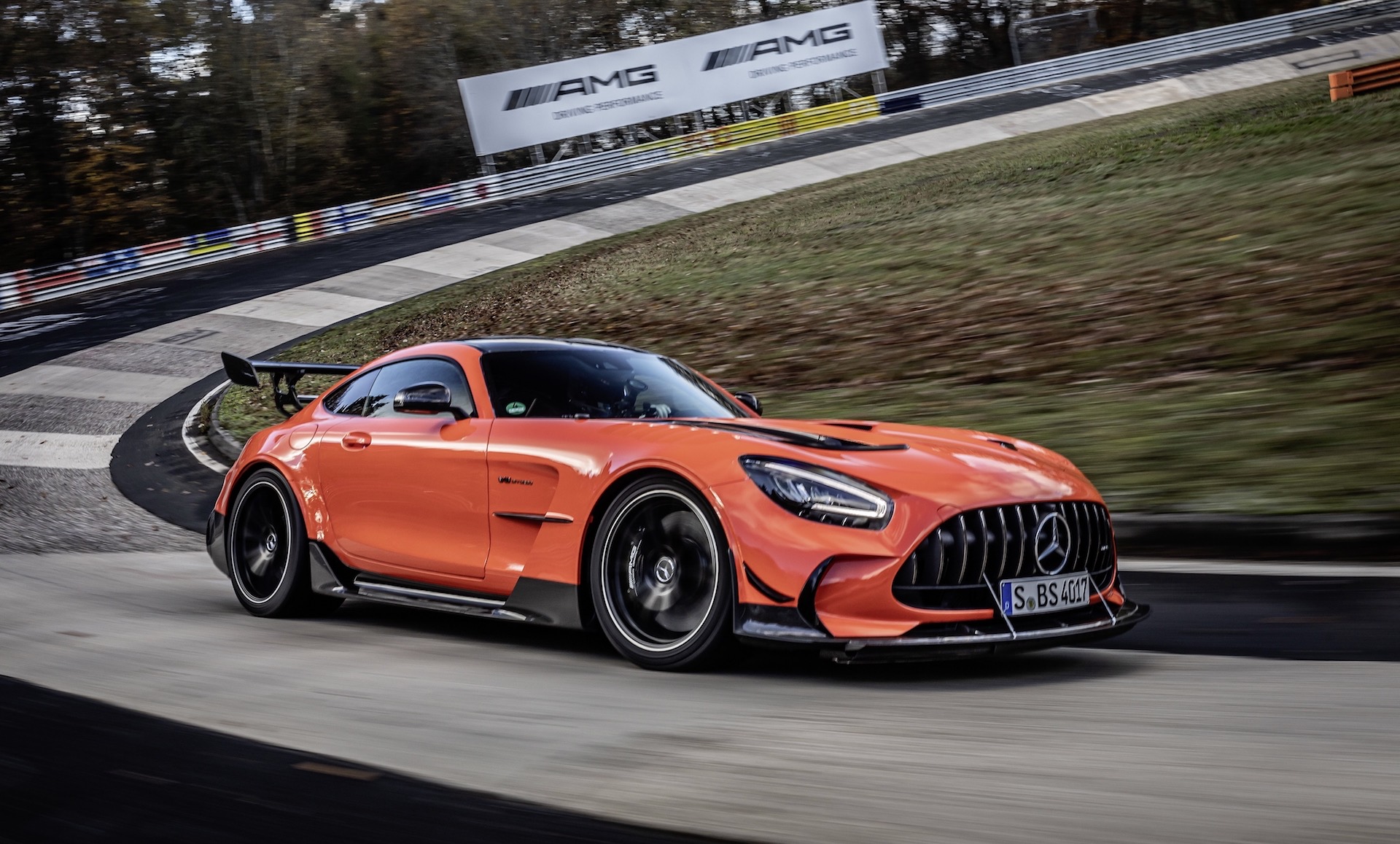 Another Nurburgring lap record has been shattered by Mercedes-AMG. This time it’s the big one. Yep, the new AMG GT Black Series has just clocked the all-time production car record. 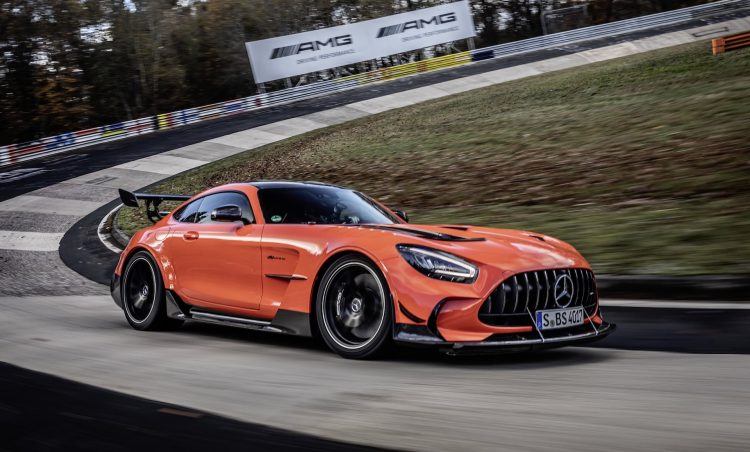 With GT3 racing car driver Maro Engel behind the wheel, the mighty V8 coupe lapped the notoriously challenging 20.6km circuit in 6:43.616, and the full 20.8km version of the ‘north loop’ Nordschleife in 6:48.047. That beats the previous record by 1.354 seconds, set by the mighty Lamborghini Aventador SVJ in 2018.

Engineers also dialled in 3.8 degrees of negative camber for the front axle, and negative 3.0 degrees for the rear. Engel also opted for the hardest setting for the stabiliser bars, and he adjusted the nine-stage traction control system between 6-7 while the on the go, depending on the circuit conditions. 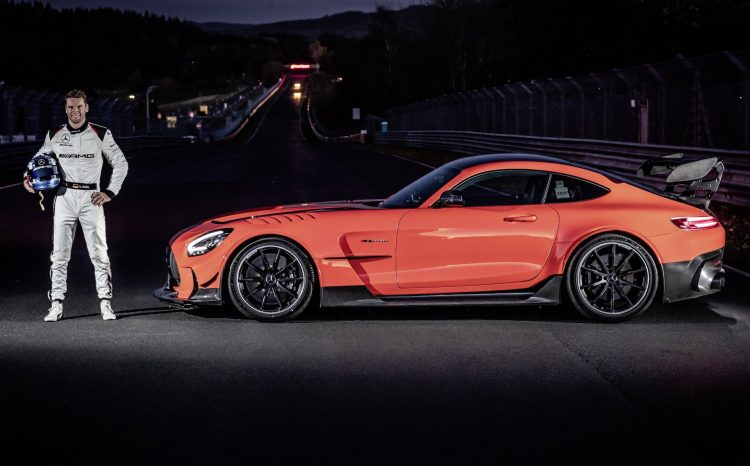 The car was wearing the standard Michelin Pilot Sport Cup 2 R MO tyres, with the standard AMG composite ceramic brakes ensuring maximum stopping performance. About the only thing not standard on the car was the rollover protection system and four-point harnesses, which is part of the Track Package option. Maro Engel said:

“With speeds of up to almost 270 km/h in the Kesselchen section of the track or well over 300 km/h on the long Döttinger Höhe straight, the AMG GT Black Series is significantly faster than my GT3 race car. To finally drive around the Nordschleife in 6:48.047 minutes with a production road car in these track conditions is really awesome.”

The Mercedes-AMG GT Black Series is on sale in Australia priced from $796,900 (excluding on-roads). Check out the complete record run in the video below.