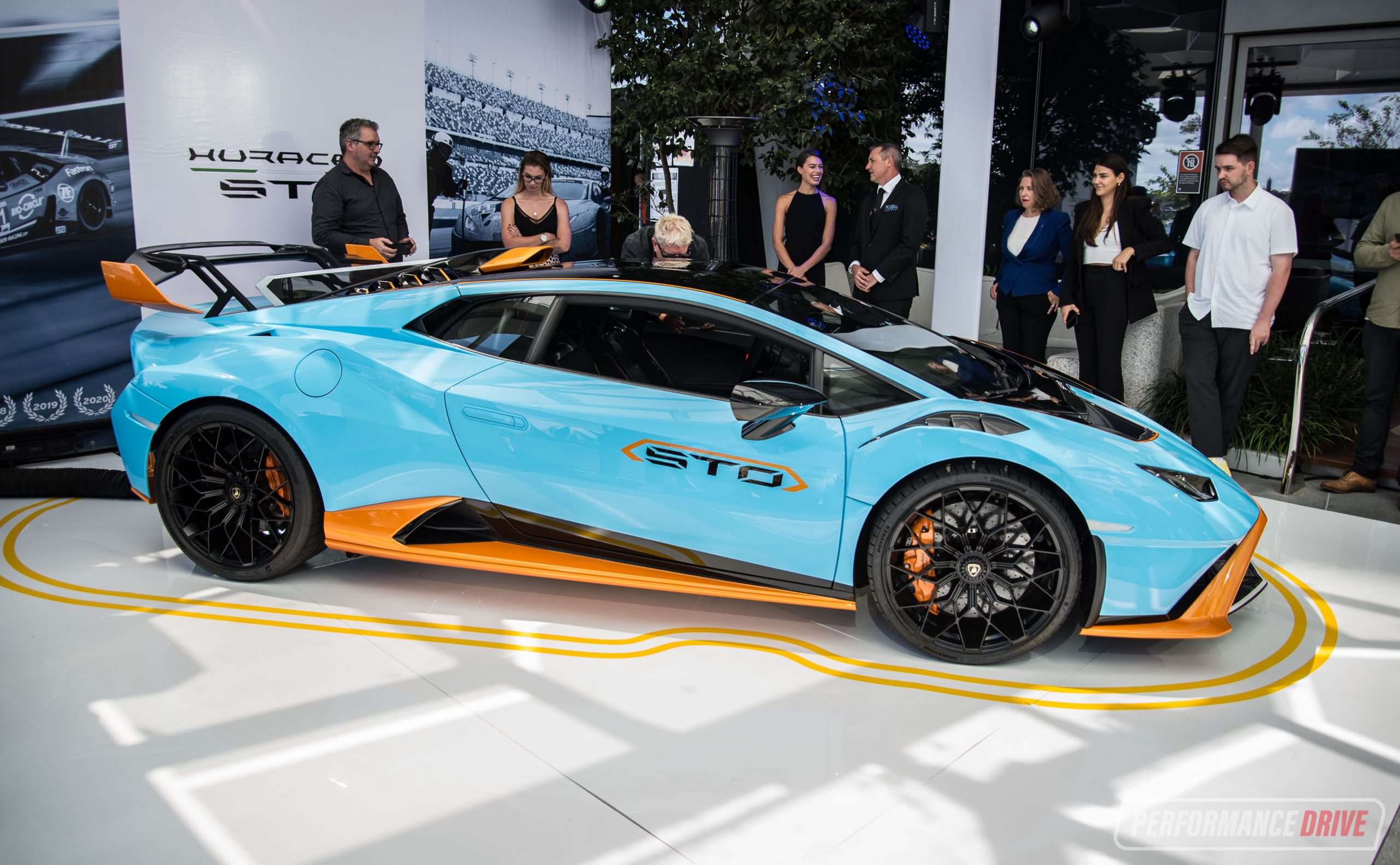 Welcome to the most hardcore Lamborghini Huracan road car ever. It’s called the STO, or Super Trofeo Omologata, and it has just made its Australian debut in Sydney today. 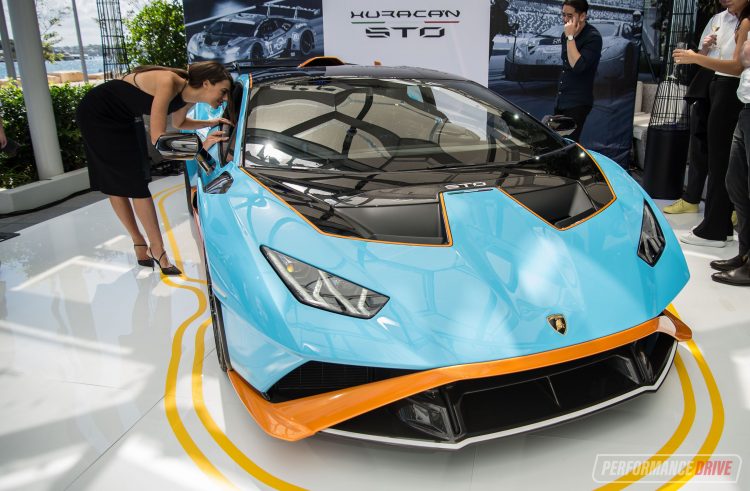 You know what it’s like. You take your racing Lamborghini to the track and then at the end of the day, you have to pack the whole kit up onto a trailer to go back home again. We’ve all been there. What a nuisance it is. If only there was a solution. Well, that’s what the Huracan STO is about. You can drive this to the track, set blistering times, and then drive it back home.

This is essentially a racing car that’s been modified to be road legal. It takes inspiration from the Lamborghini Huracan-based GT3 racing cars and the Lamborghini Squadra Corse’s one-make racing series cars, but introduces all-new levels of technology and engagement so you can hone and fine-tune your racing craft. 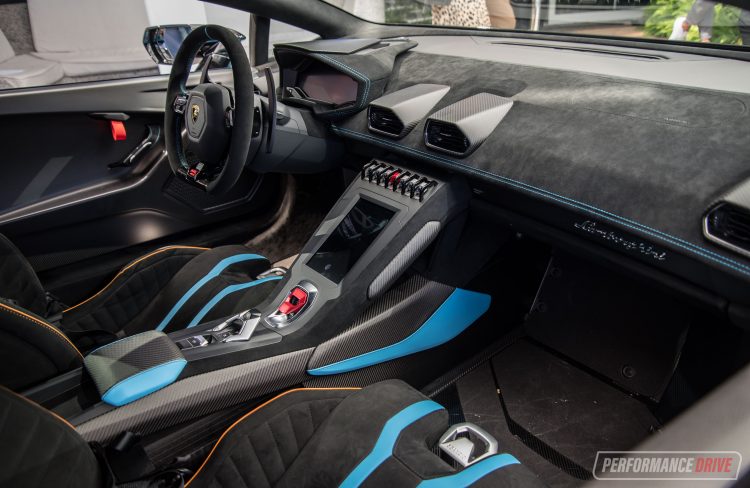 Special on-board cameras and sensors allow users to connect with the STO via a smartphone app, and take a deep dive into lap analytics to find where improvements can be made and what areas are looking good. Just like a racing team. There’s also the ability to watch hot laps in real-time via the cameras.

As for the car itself, it is based on the Huracan. But, as you can see by this stunning Gulf Racing themed example, the body is swelling with extra muscle, aero enhancements, and deeper vents and intakes. Around 75 per cent of the car is made from carbon fibre, too, so it’s very light. In fact, the dry weight is 1339kg, which is 43kg lighter than the old Huracan Performante (a car that previously held the Nurburgring lap record). 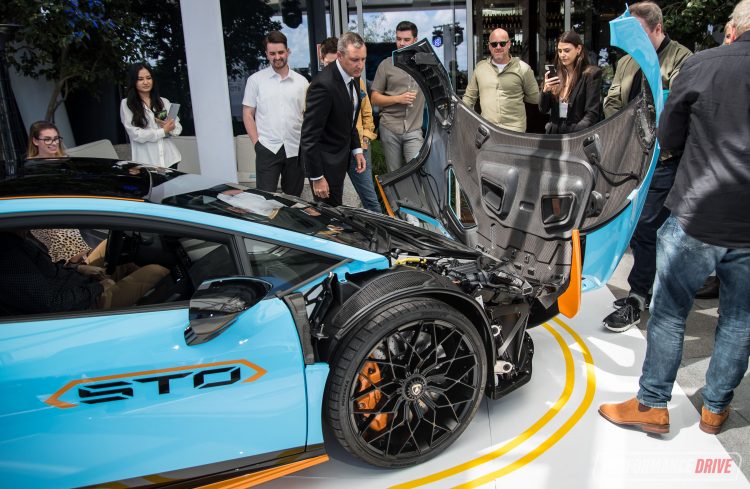 The car has some serious aero features, including a massive and adjustable rear wing. Users need to adjust this with old-fashioned tools and move it manually. This is to save weight over the modern tradition of hydraulics. There’s also a deeper and lower front splitter system, with the bonnet and guards opening as a single-piece unit. Lamborghini calls this ‘cofango’, which means ‘bonnet and guards’ (actually two words combined, cofano and parafango).

In the engine compartment is another one of Lamborghini’s famously exotic V10s. It’s a 5.2-litre unit based on the Huracan EVO engine, developing 470kW at 8000rpm, and 565Nm at 6500rpm. Interestingly, the engine is Euro 6 compliant, despite featuring hardcore stuff like dry sump lubrication and a 12.7:1 compression ratio. 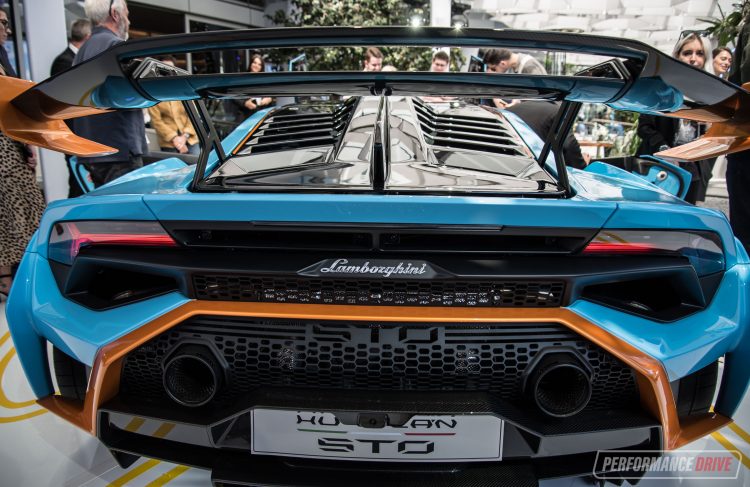 Also interesting (even though the entire car is), Lamborghini has teamed up with Bridgestone for the tyres, fitting Potenza items in factory trim. These measure 245/30 and 305/30. Lamborghini says it is continuing collaborations with long-time Italian partner, Pirelli, just not for the STO. 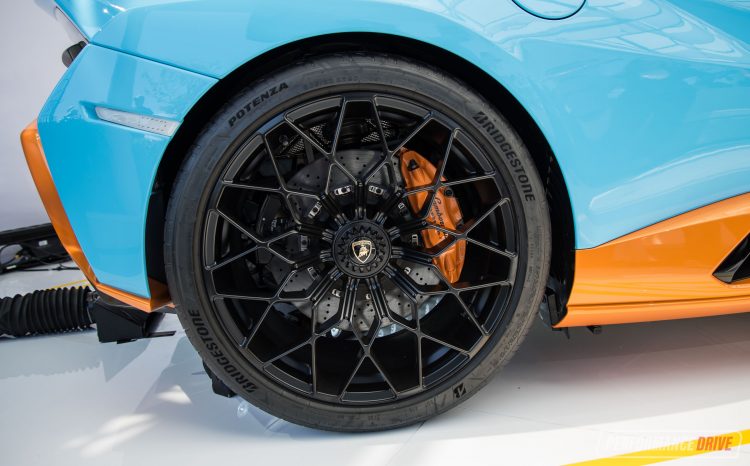 “The Huracan STO is a natural progression and pays great homage to the Lamborghini Squadra Corse heritage. It’s no surprise, using the technology of a winning racetrack car and turning it road-legal creates a superior super sports car, delivering an emotional, exhilarating and a mirroring driving feeling to customers, like no other. The intellect gained from both our Super Trofeo and GT3 programs has been truly polished and embodied in the Huracan STO”

Lamborghini says just 50 examples of the STO are destined for the Asia Pacific market, and the complete allocation for Australia for 2021 has been sold out. Prices in Australia start from AU$596,000 (excluding on-road costs). See below for the key specs: