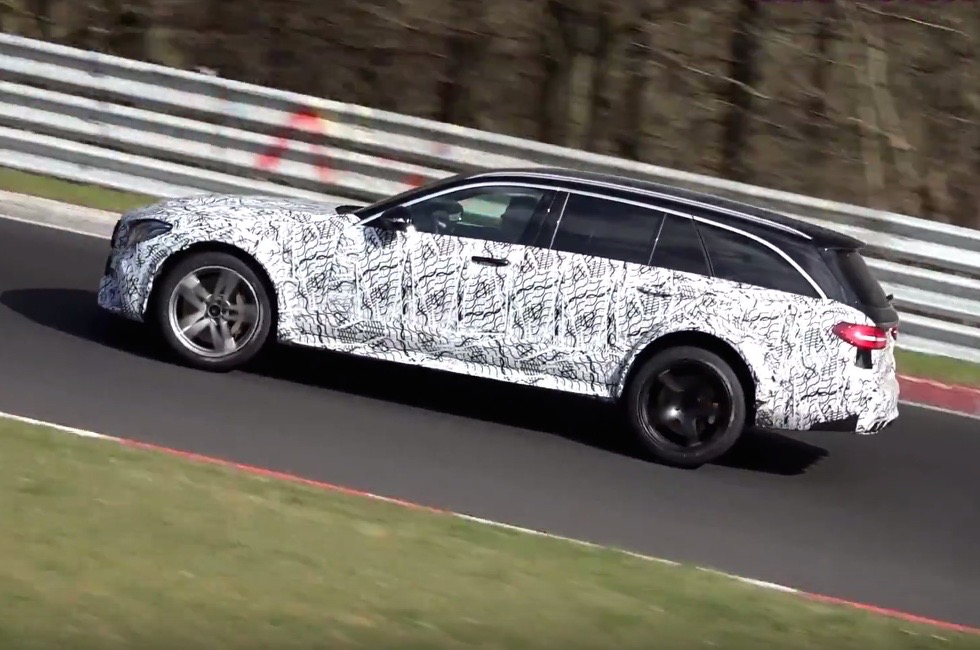 Mercedes-Benz has just launched the E-Class All-Terrain in Australia in diesel form only, but it seems the engineers at AMG are working on a snarling V8 version. 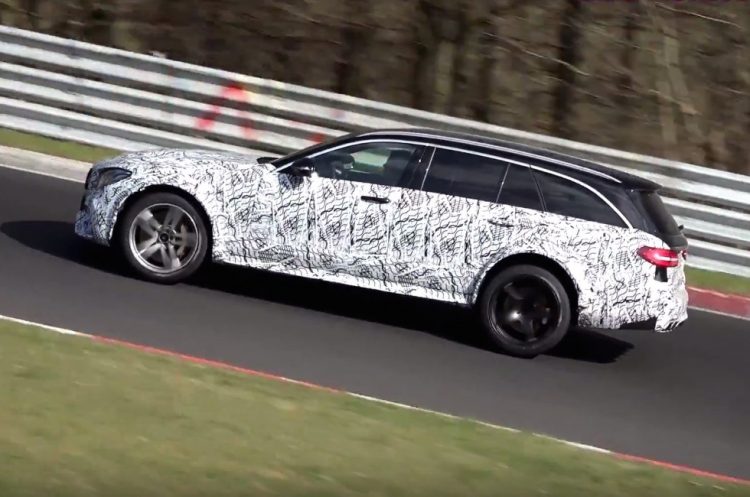 Engineers have been spotted testing a prototype version of such car at the Nurburgring, with a clear V8 soundtrack heard belting from the exhaust. It looks like the driver is taking it quite seriously too, punishing the prototype hard at the infamously demanding circuit.

Thanks to this video we can see the prototype is based on the All-Terrain. You’ll notice the extended wheel arches as seen on the regular All-Terrain, as well as a slightly raised ride height. Maybe it’s just an E 63 wagon? Not so. If you take a look at the suspension travel on the inside wheels when turning (above), there is simply too much clearance between the tyre and guard – and thus suspension range – for it to be the standard E 63.

As far as we know the Mercedes-AMG E 63 All-Terrain will sport the company’s latest 4.0-litre twin-turbo V8. Output is unclear at this stage, mainly because this is the first time we’ve heard of – let alone seen – such a variant. Around 400kW is a safe bet though, considering the regular 2017 E 63 produces 420kW, or 450kW in S form.

You might be wondering why Mercedes would want to launch such a vehicle? Well, it is one of the leaders in the realms of performance SUVs, and currently the only carmaker to offer a V8 model in the mid-size SUV segment (the GLC 63 AMG revealed earlier this week).

Seen as though SUVs are becoming extremely popular, it would make a certain deal of sense to cover all bases. This All-Terrain would become the only performance model in the jumped-up wagon/crossover market too.

Volvo offers the V90 but as far as we know it won’t be coming in top T8 form with its 300kW hybrid (in Australia anyway). Meanwhile the Audi A6 Allroad is only available with a diesel.

What do you think? Would you like to rip around the snow or mud in an E 63 AMG All-Terrain? We would. Take a look at the video below for a preview of what to expect.