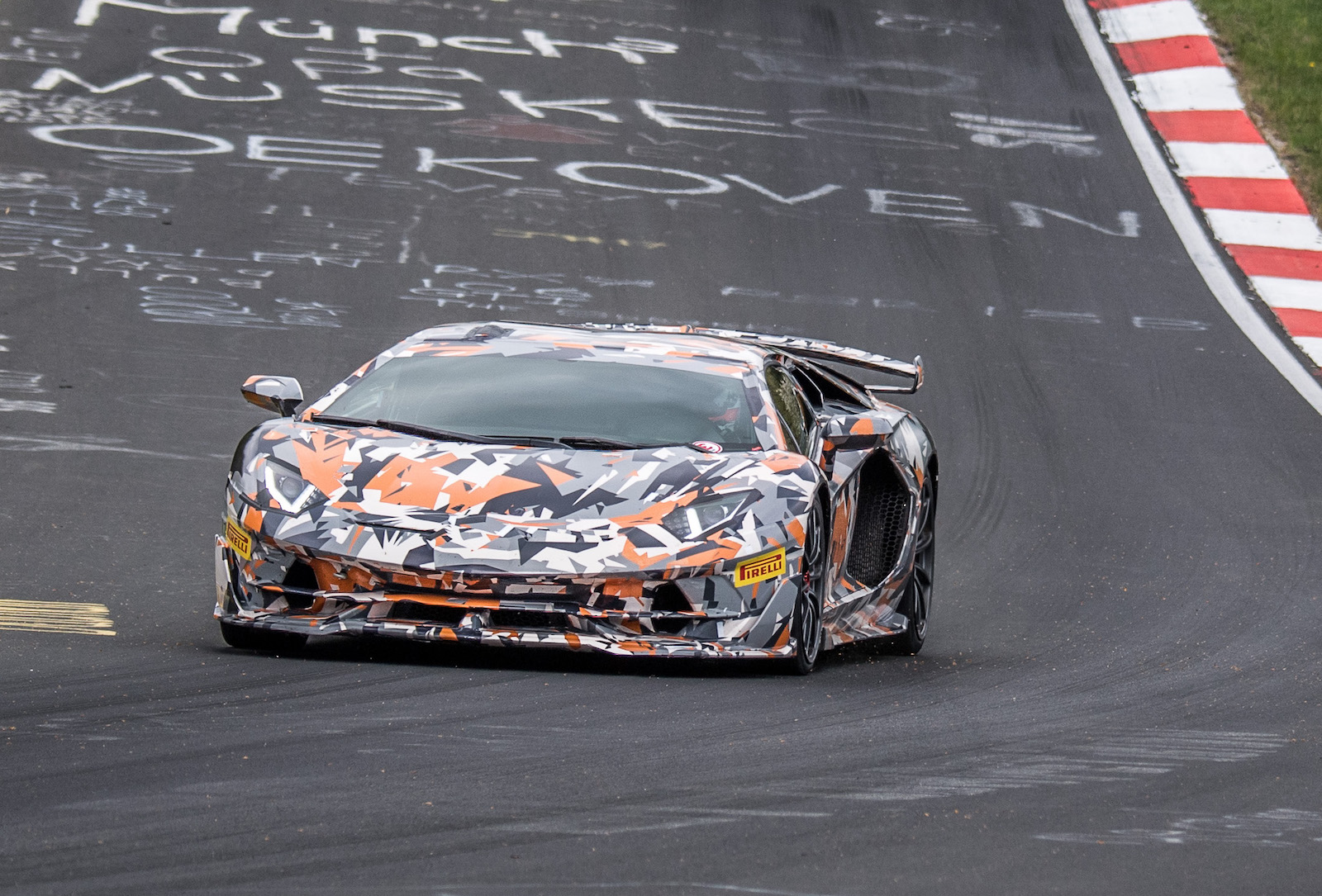 Lamborghini has done it. As suspected, the upcoming Lamborghini Aventador SVJ has broken the production car lap record around the Nurburgring. 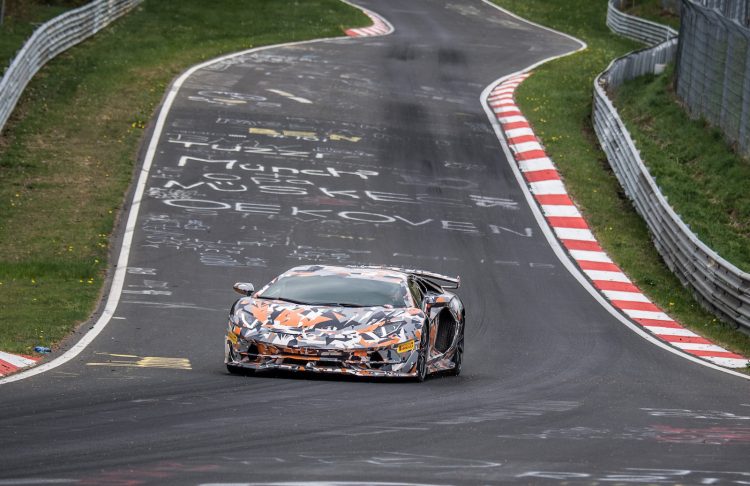 The Italian marque hasn’t even revealed the car yet, but it has sent out a handful of suggestive teasers over the past week. All of the teasers showed a pre-production model, wrapped in camouflaged, doing its thing on the Nurburgring.

Lamborghini is still keeping its cards close to its chest in terms of the details of the car. As far as we know the Aventador SVJ will feature a tuned version of the 6.5-litre V12, with power expected to top out at around the 800PS mark (589kW). If this is the case, the badge might include ‘LP 800-4’. 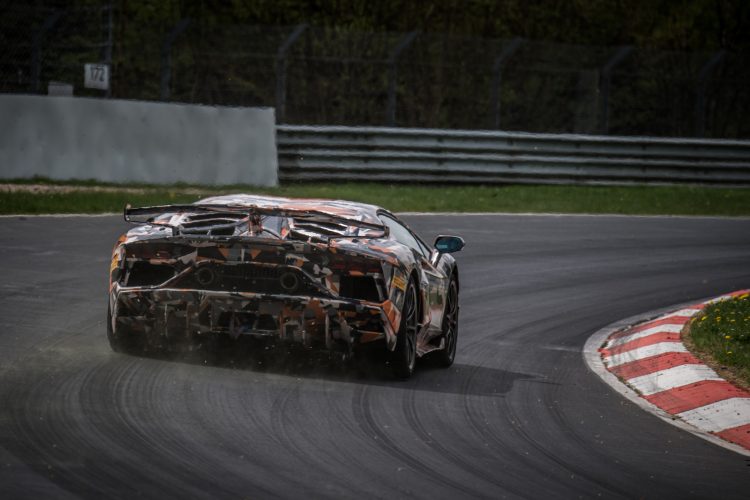 Judging by the prototypes, designers have been busy creating a new aero package for the Aventador, with a more aggressive front splitter clearly seen, chunkier side skirts, and a large wing mounted at the back. There’s also a set of twin exhausts, replacing the original single hexagonal outlet on the standard Aventador, feeding out from the middle of the rear fascia.

Some weight reduction work might also be in store to further improve the power-to-weight ratio, while hardcore brakes, suspension, and gearing is also very likely for the record-breaking hypercar. Expect a number of SVJ badges around the place too, including inside.

Now that the news has broken, a full debut for the car should take place very soon. We’ll keep you updated, and update this story with any full-lap videos we find.