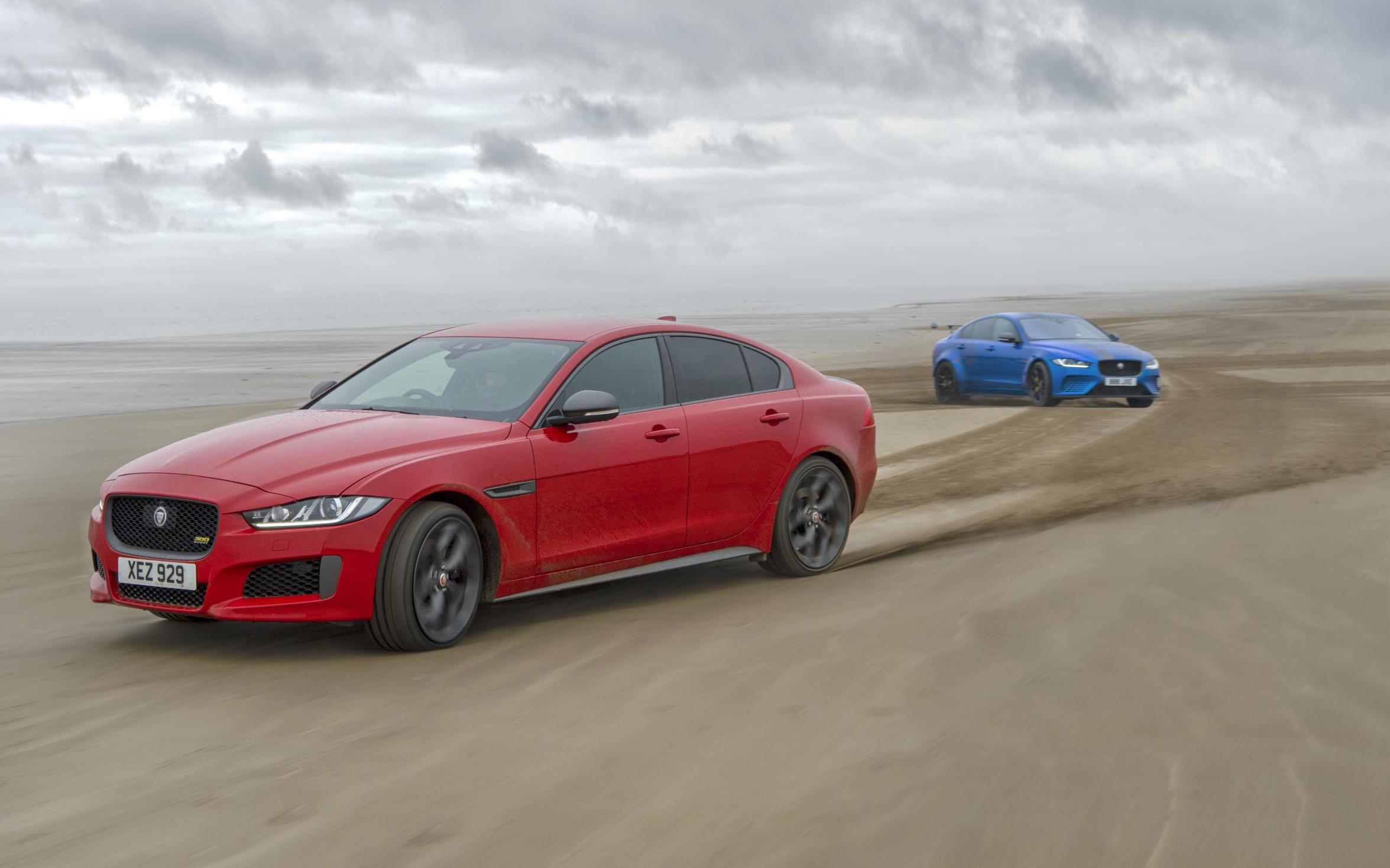 Jaguar has put together a unique stunt using the new Jaguar XE 300 Sport and XE SV Project 8. The two cars were used to create a huge, 1km-long helix pattern on a beach in Wales. 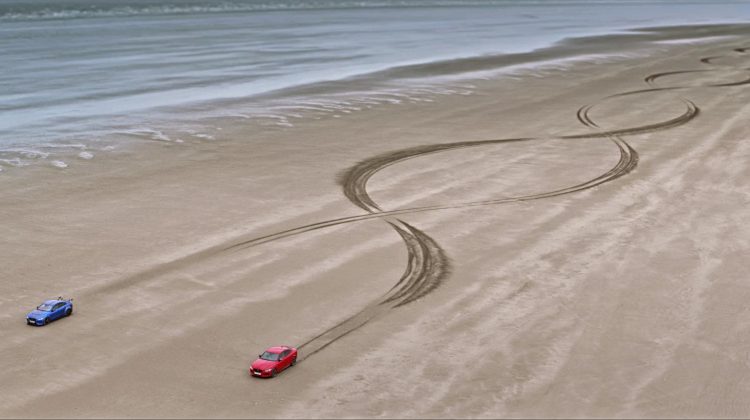 It’s basically the two cars performing a huge fishtail drift for 1000 metres along the Pendine Sands. Jaguar is showcasing the sporty driving nature of the two, weaving and sliding between one another to create the artwork in the sand.

Pendine Sands has been used for motorsport events for over 100 years due to its vast length and completely flat and hard-packed sand surface. This was the ideal location to perform such as stunt. Some handy vehicles were also needed to sustain such a long slalom, so Jaguar enlisted its latest sports sedans.

Making up the duo is the new XE 300 Sport. It features a 221kW 2.0-litre turbo-petrol four-cylinder, hooked up to an eight-speed automatic with all-wheel drive. For the SV Project 8 there’s a 5.0-litre supercharged V8 that belts out 441kW, also sent through an eight-speed auto and into an all-wheel drive system. Mike Cross, chief engineer for vehicle integrity at Jaguar Land Rover, said:

“The aluminium-intensive body construction of the XE enabled Jaguar to create a car as special as Project 8. These two saloons share the same DNA, delivering excellent handling, peerless performance and unrivalled dynamics.” 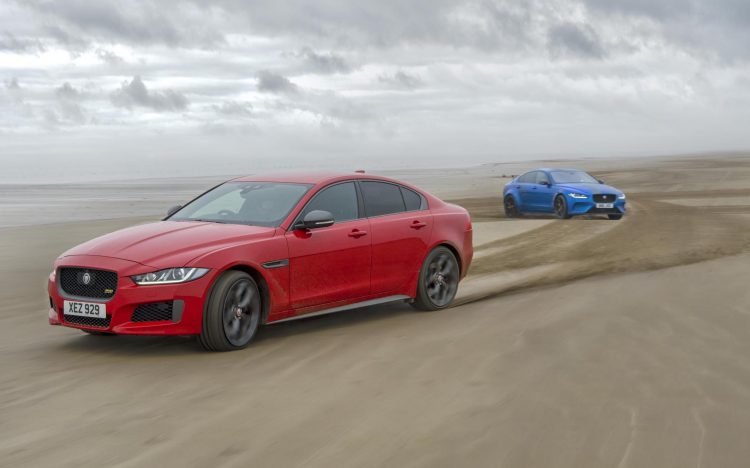 Jaguar has been on the hunt to break lap records lately, first setting the production sedan lap record at the Nurburgring with the SV Project 8, and then at the Laguna Seca raceway. More recently the XE 300 Sport set a record at the abandoned Circuit de Charade in France, and the company has even set lap records in the new Jaguar I-PACE fully electric SUV.

It doesn’t specifically say if this sand stunt sets any record, but we’re sure it is one of the longest helix patterns ever created on sand. Check out the video below to see how it all went.