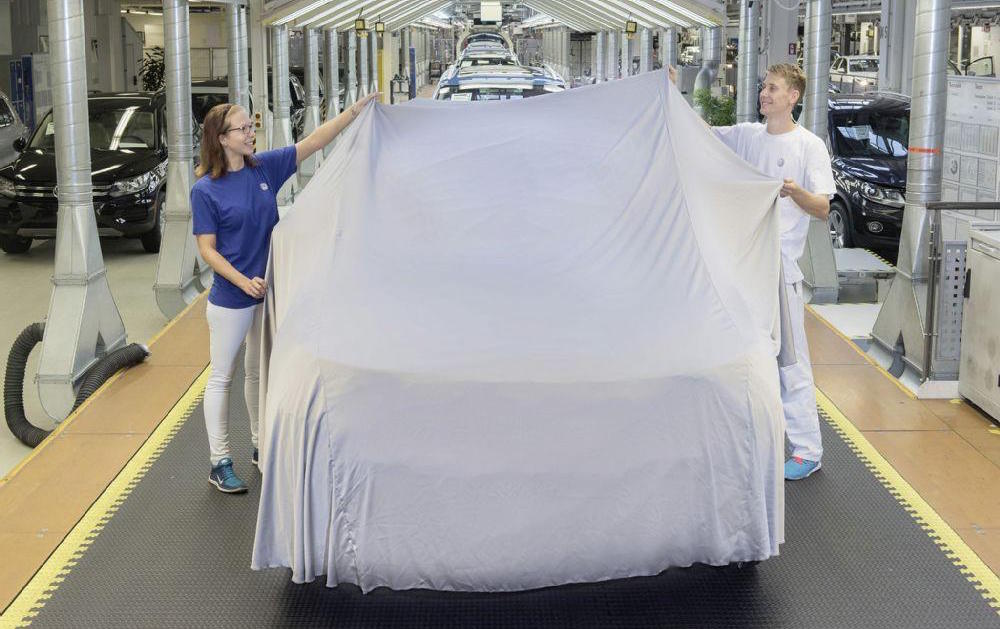 Volkswagen has released a picture of the 2016 Tiguan under a shroud of secrecy, held by two factory workers in Germany. 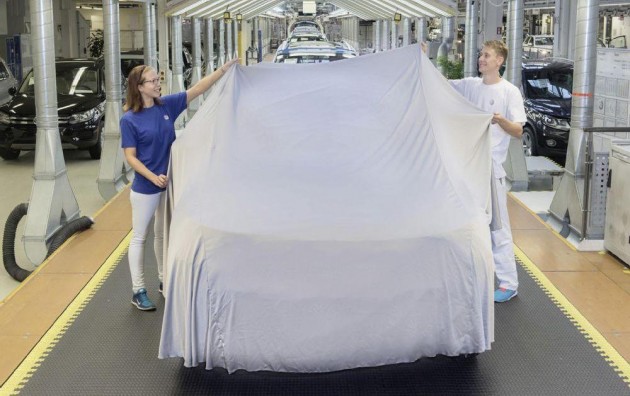 The small SUV has been partially revealed in some spy shots which circulated in the last week, revealing different proportions and layout compared with the existing model. Dimensions are set to grow slightly with thanks to a new platform; the MQB. A taller beltline and sharper character lines are also expected, with some details borrowed from its MQB stablemate, the Golf.

The next Tiguan will be longer than the outgoing version, with a seven seat version expected to help it gain greater market share. Cargo space is a criticism that Volkswagen will no doubt be seeking to address to give the SUV every conceivable advantage in the ferocious small-medium SUV battlefield.

Other changes are expected to be a narrower grille opening, sloping roof and door-mounted mirrors to aid aerodynamics. Chrome detailing on the roof and doors on certain models will be just some of the details that will make the Tiguan one of the more upscale-looking offerings in its class.

Powertrains are expected to borrow from the Golf’s arsenal of petrol and diesel turbocharged engines, with the possibility of a 10-speed DSG joining in at some stage.

The Tiguan is expected to be revealed at the Frankfurt Motor Show later this month, with an on-sale date following in 2016.