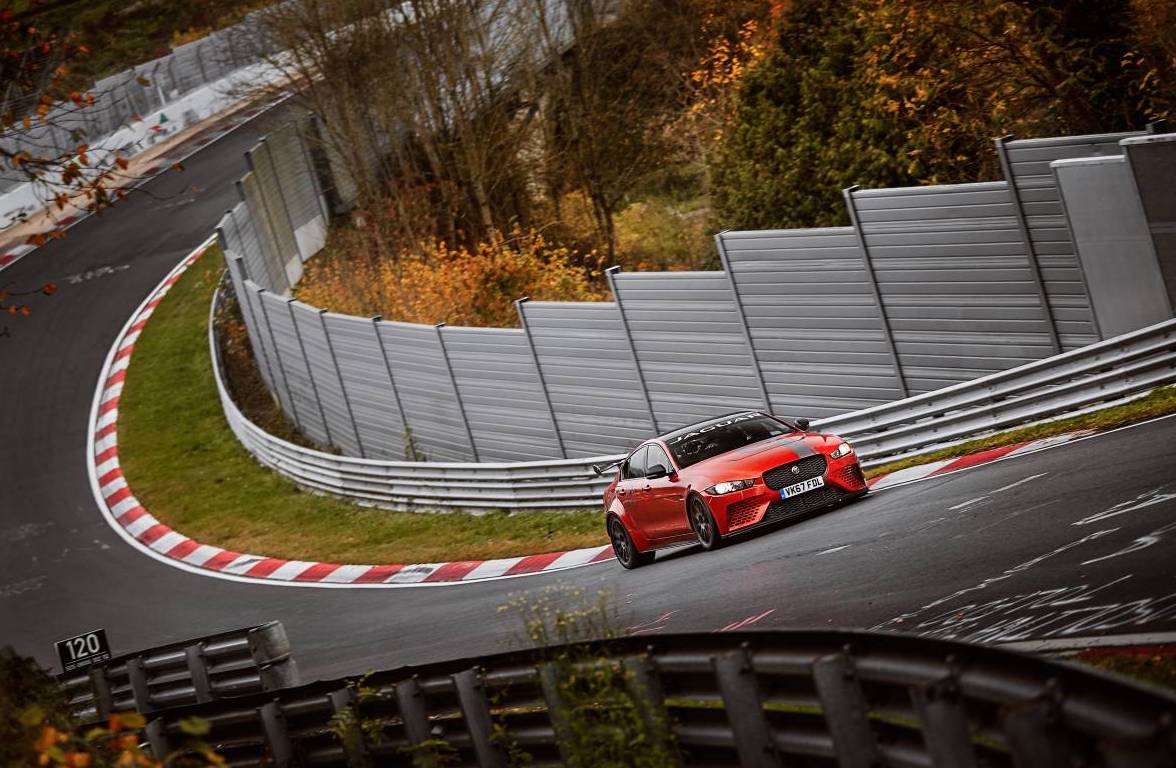 As previously suspected Jaguar has been lapping the Nurburgring in Germany in the hunt for a new production sedan lap record. And today a recored has been confirmed. The XE SV Project 8 is the quickest sedan to ever lap the track. 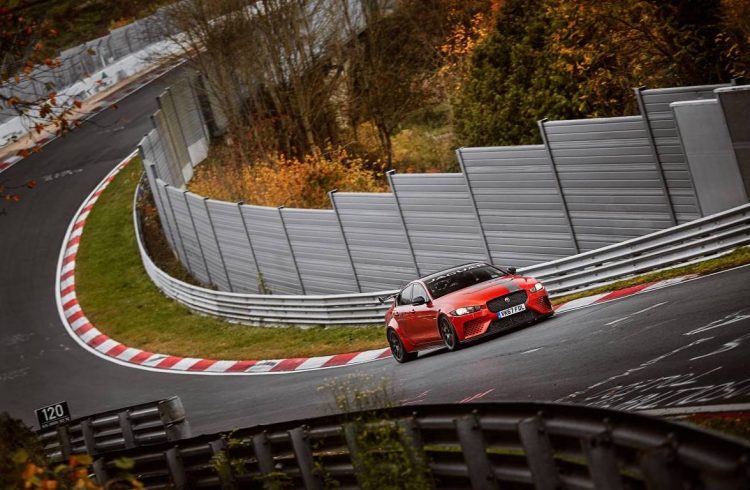 So, how did the Jag do it? Well, under the bonnet is a 5.0-litre supercharged V8 producing a colossal 441kW of power and 700Nm of torque. This makes it the most powerful road-going Jaguar ever, and the most powerful mid-size sedan in the class. It’s able to sprint from 0-60mph (97km/h) in just 3.3 seconds.

The record is for production sedans, and although the SV Project 8 is a limited edition with just 300 planned for global sale, it is still a production car. Jaguar says the time was achieved using the production-intent specification. Mark Stanton, SVO director, said:

“The SVO design and engineering team’s mission was to create the most track-focused road-legal Jaguar in history – not only the fastest, but also the most agile. As a result, only the roof and front door skins of Project 8’s body are carried-over unaltered from XE and 75 per cent of its mechanical hardware is new. This astonishing Nurburgring Nordschleife record validates the success of such extensive changes.”

Unfortunately for Australians the hypo XE won’t be coming to Australia as it will be made in left-hand drive only. However, we have seen plenty of other XE prototypes at the Nurburgring in recent months which indicate a watered down version of the SV might be on the cards, potentially adopting the SVR badge, using a slightly less powerful tune.

Check out the full lap video below to see how the SV went. It looks bloody quick, to say the least.