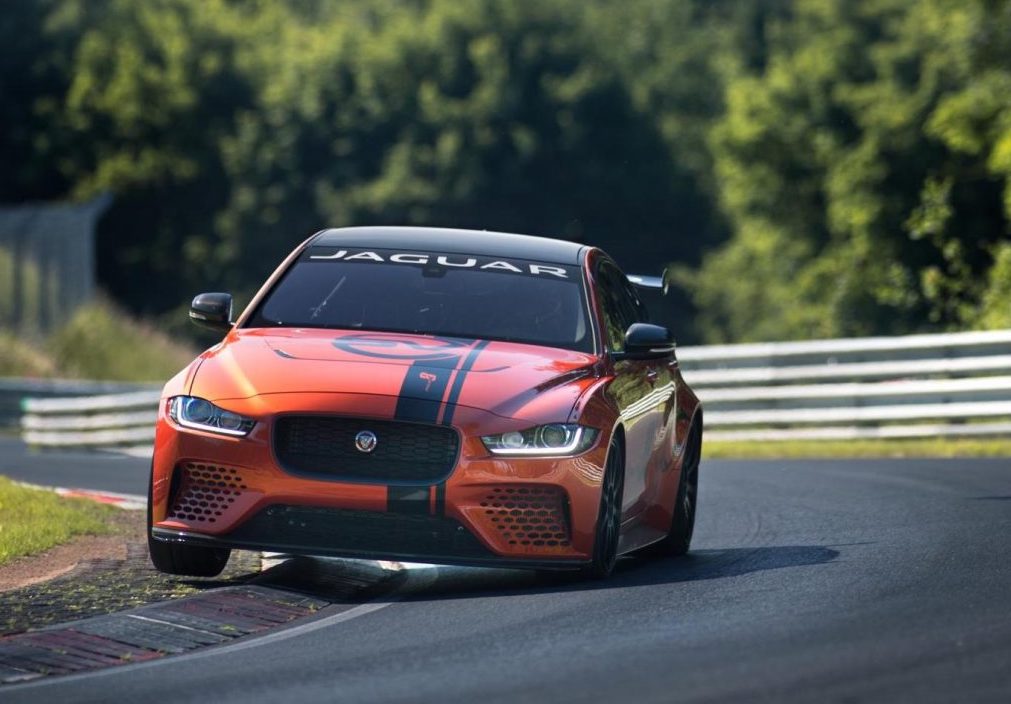 Jaguar has made further tweaks and adjustments to the epic XE SV Project 8 ahead of its market arrival in June. The Special Vehicle Operations team have been fine-tuning the sedan on circuits in Europe. 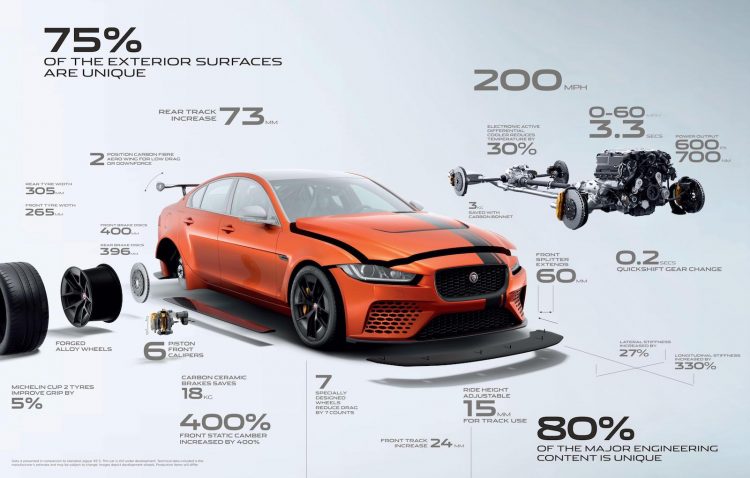 The special edition is being introduced as the most powerful road car Jaguar has ever made, and it has set the fastest-ever lap around the Nurburgring for a production four-door sedan with a time of 7:21.23. It features a 441kW 5.0-litre supercharged V8, sent through an eight-speed auto and into a rear-wheel drive system.

Jaguar says its engineers are now completing the final testing and tuning, with a focus on marginal gains to make it even quicker but still accessible and relatively easy to drive. Some of the changes include stiffer springs than originally planned, along with stiffer engine mounts, new suspension bushes, and the brakes have been revised for improved feel and performance. However, Jaguar says the biggest changes are to the software. Speaking about the car, David Pook, Project 8’s vehicle dynamics manager, said:

“The good thing about building only 300 cars, all hand-made, is that you can keep developing the car right up to the start of production. And we’ve done just that. They are all small adjustments – to improve performance, feel, responsiveness, refinement. We keep honing the whole car, relentlessly. We’re never really happy. It’s certainly even faster, better handling and more responsive than it was six months ago. All that effort has been worth it.” 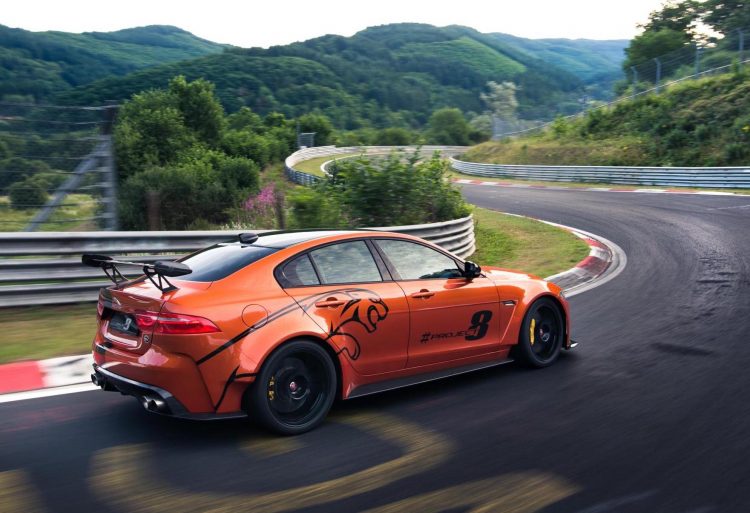 All of these changes could result in even quicker lap times, and potentially a new Nurburgring record. As before, the SV Project 8 is a hardcore track-ready car with genuine track credentials. Most of the suspension is fully adjustable, as is the front splitter and rear wing, while underneath there’s a diff cooler encased in a completely flat underbody for optimum aero.

Drivers will be able to select a new ‘Track’ mode to really make the most of the components. This is the first time Jaguar is offering a Track mode, altering the driveline, stability control, steering and throttle response for track driving. The dampers are also set to an aggressive setting.

Jaguar is planning to build just 300 examples of the XE SV Project 8. Each will be hand assembled at the Special Vehicle Operations centre in the UK. Production commences in June. Being a left-hand drive vehicle, it will not go on sale in Australia, unfortunately.