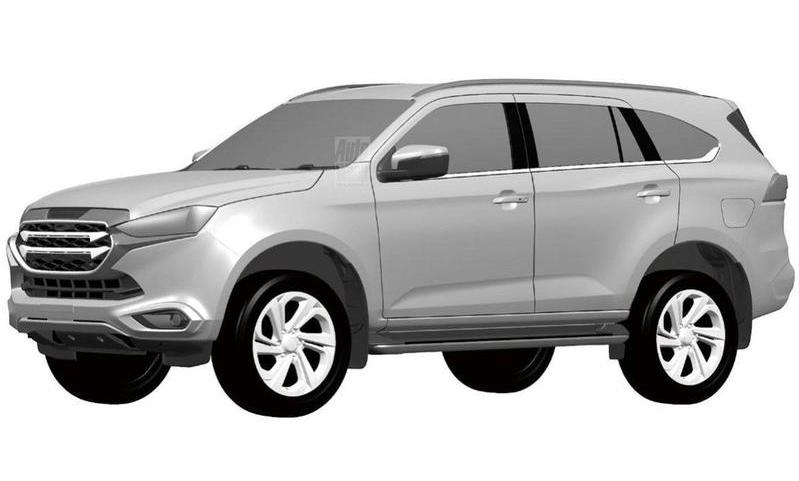 Some patent images of what looks to be the 2021 Isuzu MU-X have surfaced on the Japanese patent database, potentially revealing the facelifted design for the popular 7-seat SUV. 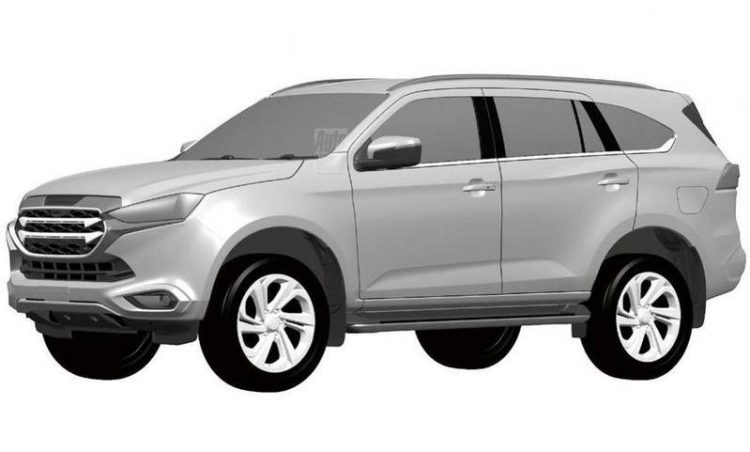 A facelift of this nature was always expected, following the recent launch of the 2021 D-Max – it shares the same platform. These patent images, published by AutoWeek, actually show a unique look to the new D-Max. The headlights don’t feature the additional ‘tail’ which connects at the grille on the D-Max, and the headlights themselves are also slimmer.

We notice a completely different front grille which features a more defined, almost-hexagonal outline, with twin tiers running across the middle. Along the lower edge of the front bumper bar are a pair of new fog light clusters. These will probably contain lights only on the upper models.

Around at the back, the 2021 Isuzu MU-X looks set to feature slimmer taillights which sit a bit higher, while the main bumper bar section incorporates a similar cluster pattern as the front. It’s hard to tell for sure, but it looks like the rear section of the cabin is actually longer than the current model (pictured at bottom). 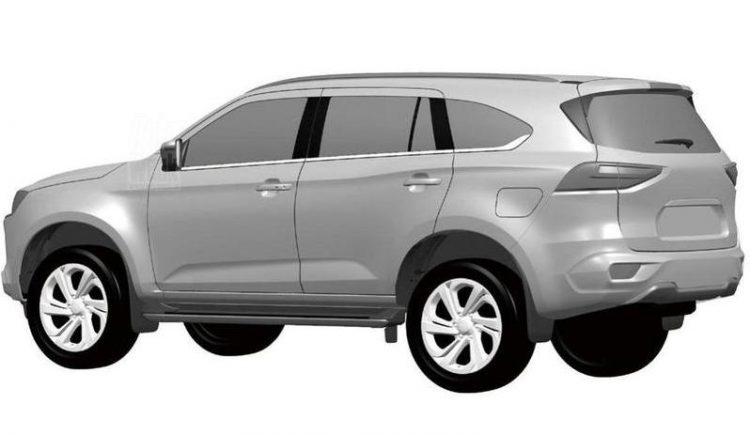 In fact, the D-pillar looks entirely different. On the current model there is a wrap-around rear windscreen design (although the pillar is behind the window), while this new design features a more conventional pillar in body colour. Could this be evidence of increased passenger space for the third row?

Since patent images seem to be filed (although, we can’t find them on the database), we’d expect a debut some time in the next six months or so. Market entry in Australia will probably take place in the first half of next year. 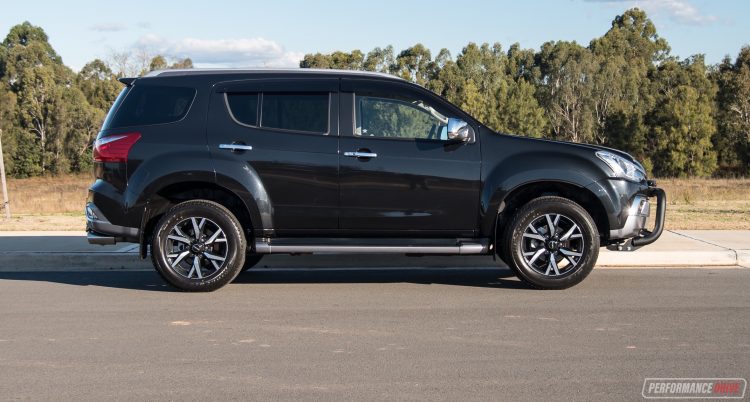