It was only a mater of time, and here it comes. Yes, a Toyota Supra TRD package is on the way. The company is planning to unveil something it calls the Supra Performance Line Concept TRD at the Osaka Automesse in Japan later this week. 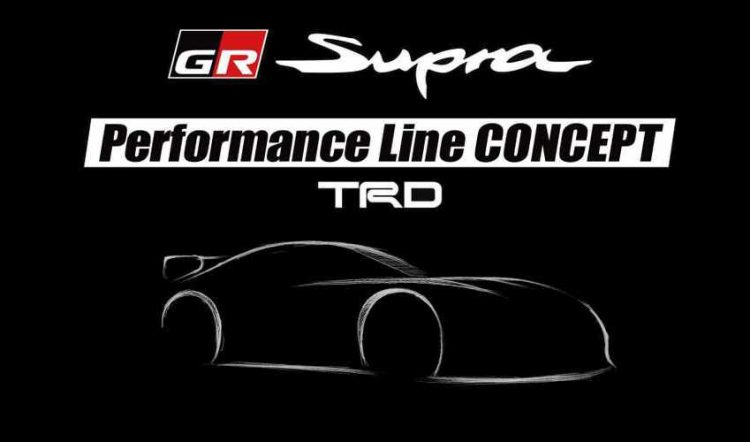 Only this teaser image has been handed out, but you can easily imagine the upgrade possibilities of the new A90 Supra. At this stage it’s understood the Supra Performance Line concept will be a concept car only and used simply to showcase the potential upgrade possibilities, as opposed to previewing an outright TRD Supra model.

Toyota Racing Development is quite big in the USA, giving Toyota buyers/owners an opportunity to browse through big catalogues of accessories and sporty parts for a range of Toyota models. This concept is set to showcase some of the parts that will be available on the Supra in the near future.

According to reports, a full-blown TRD Supra special edition model could be on the way at some point in the A90’s lifecycle as well. Details around this are still very much at speculation point, with no official details released as yet.

Judging by the teaser image, TRD could be planning a fairly dramatic aero kit with a large rear wing, extended side skirts, and a deeper front chin spoiler. We’d also anticipate bespoke TRD wheels, sports suspension and brakes, and some enhancements for the interior such as special seats and badges. Such enhancements are likely to hit the market in some regions later this year.