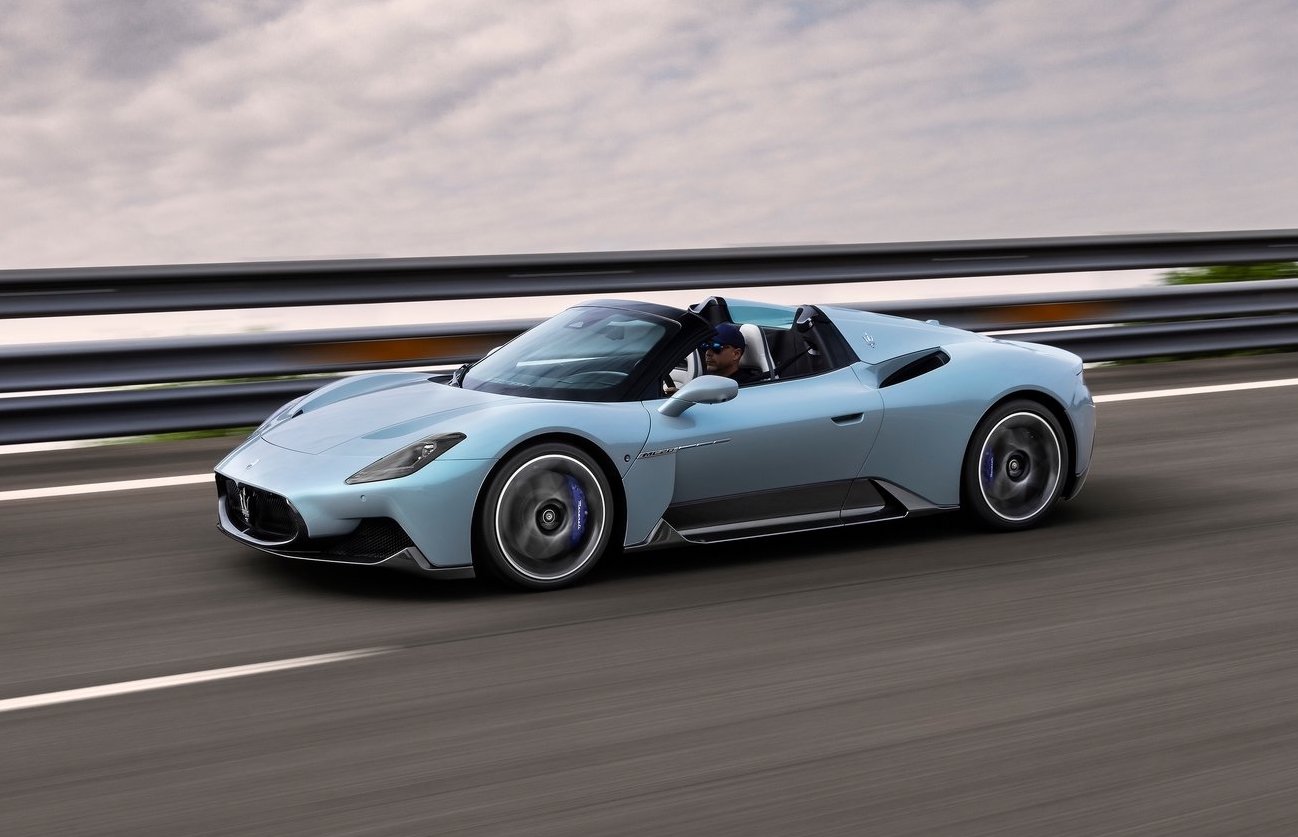 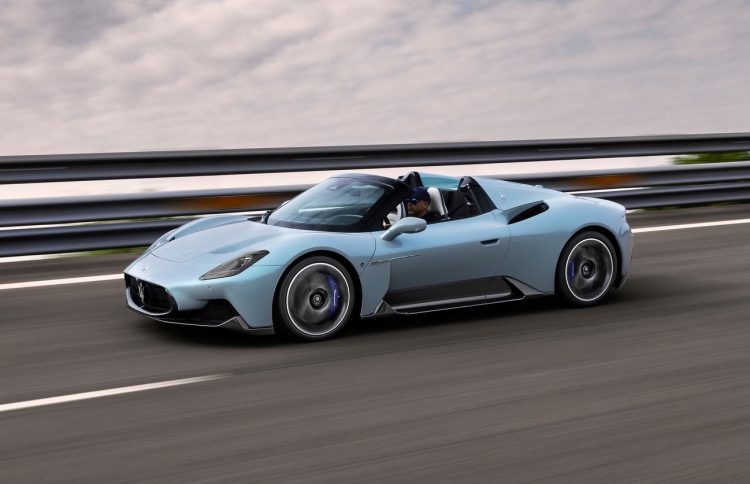 Translating from the Italian word for ‘sky’, the MC20 Cielo is based on the existing coupe model. However, instead of a fixed hardtop roof this features an electronically retractable glass roof. It’s the largest glass roof in its segment, according to Maserati, and it includes special thermal insulation.

The roof can be activated or retracted in just 12 seconds, and the glass itself is ‘smart glass’ that can transform from clear to opaque at the touch of a button. The transition is thanks to its polymer-dispersed liquid crystal technology (PDLC).

Despite all efforts to keep weight to a minimum, the MC20 Cielo is 65kg heavier than the coupe – this has a kerb weight of 1540kg. However, in the world of open-top sports cars, that’s not a significant sacrifice. It continues with a carbon fibre chassis, promising uncompromising torsional rigidity. 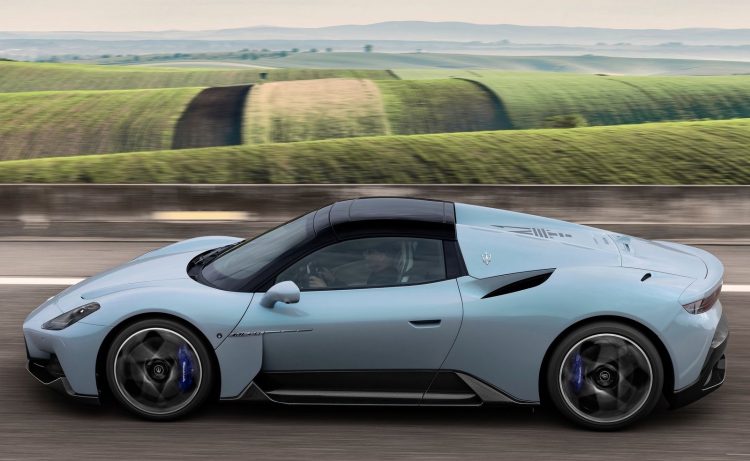 As for the design, it carries over much of what is applied on the coupe, with a low-slung body, lots of intakes and vents, and a set of pouncing wheel arches. Butterfly doors continue in the spyder as well, offering that dramatic entrance that supercars are renowned for.

In the engine compartment is the same new ‘Nettuno’ 3.0-litre twin-turbo V6 as found in the coupe. It generates 470kW and 730Nm, and runs a high compression ratio of 11:1, with an over-square bore and stroke size of 88mm and 82mm, typical of a high-revving engine. Max revs is 8000rpm. Power is sent to the rear wheels via an eight-speed dual-clutch auto. 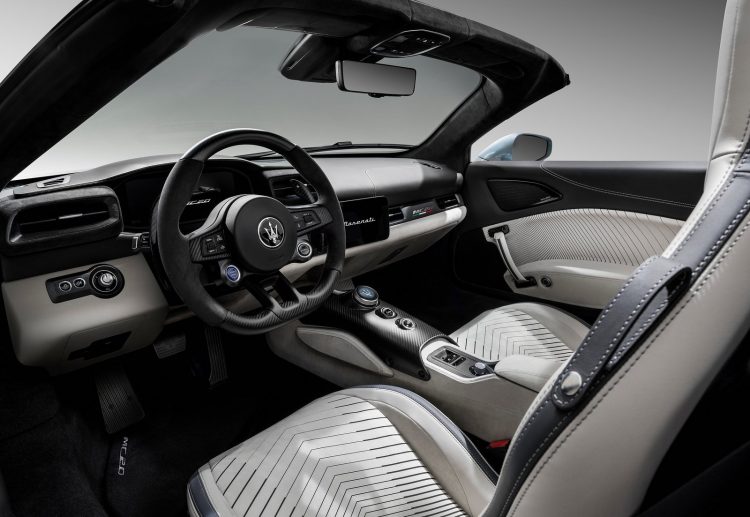 Across the tarmac, Maserati claims the 0-100km/h sprint can be achieved in “approximately” 3.0 seconds, with 0-200km/h coming up in 9.2 seconds. The top speed is over 320km/h, while a stopping distance for the 100-0km/h emergency brake test is claimed at under 33 metres.

The new model is available for order now, with Australian prices and delivery times yet to be officially announced.