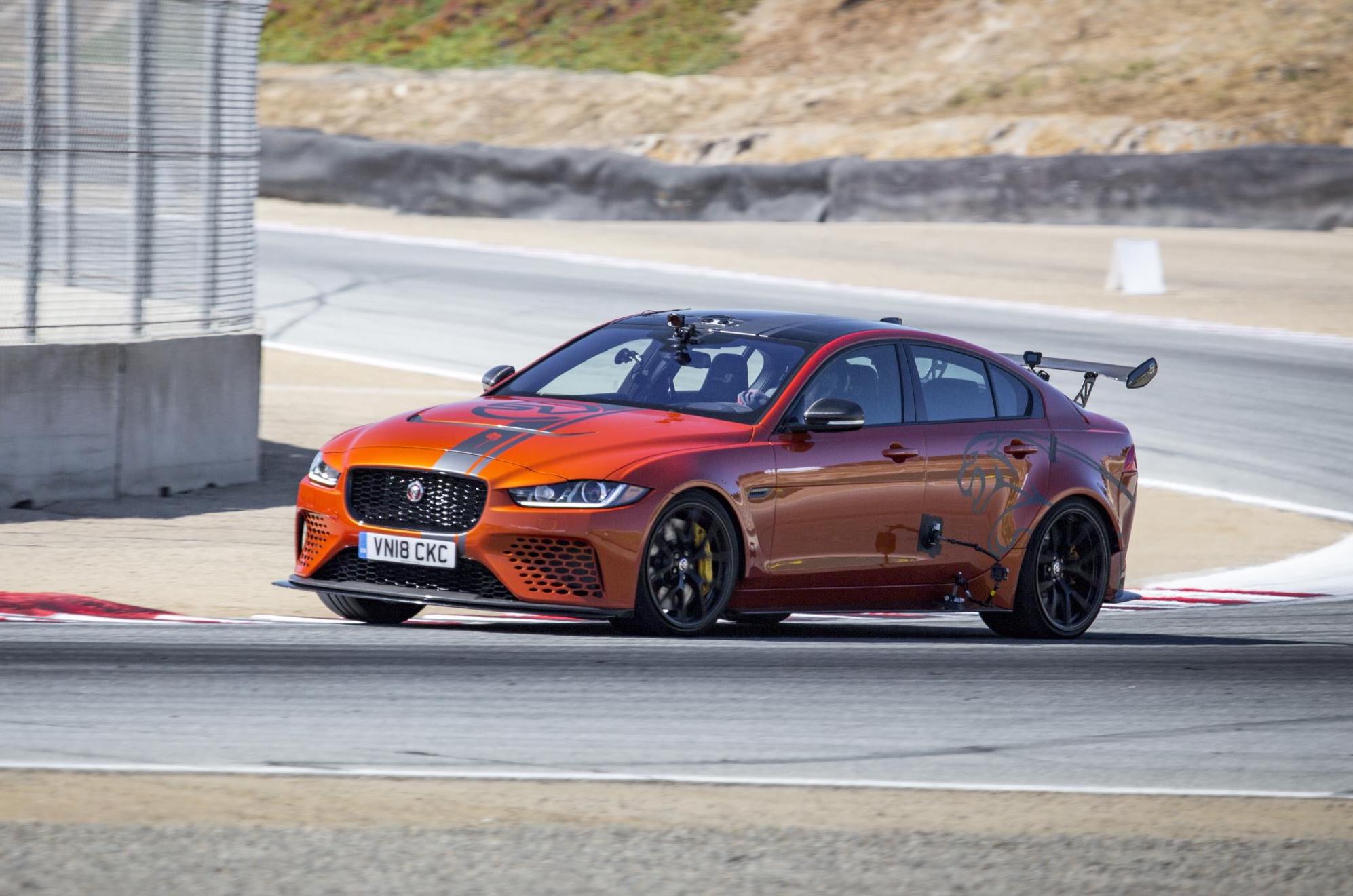 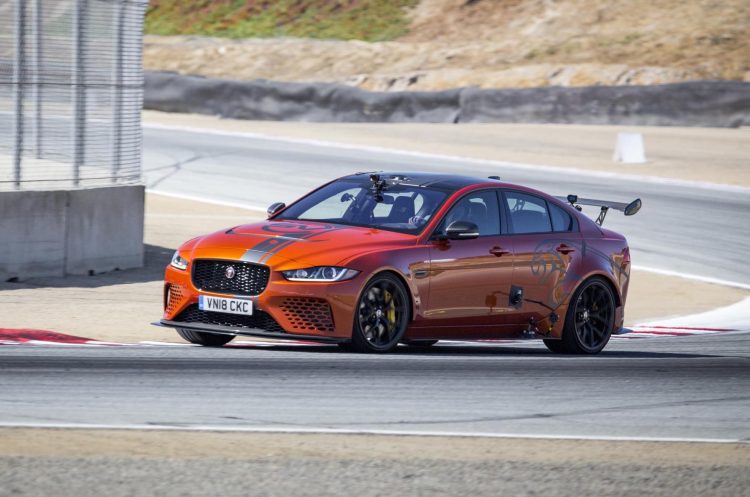 It is technically a production car, although limited build, but nonetheless it has posted the quickest-ever four-door sedan lap time around the circuit for a showroom model. Behind the wheel was professional racing driver and Laguna Seca ace Randy Pobst, working with Motor Trend.

If you missed it, the XE SV Project 8 also posted the sedan lap record around the Nurburgring, with lap time of 7:21.23 late last year. Unlike a regular Jaguar XE, the SV Project 8 has been completely overhauled by the team at Jaguar Land Rover’s Special Vehicle Operations division. The division’s MD, Michael van der Sande, said:

“This Laguna Seca lap record is another powerful demonstration of the Jaguar XE SV Project 8’s performance credentials. Designed, engineered and hand-assembled by Special Vehicle Operations, this record-breaking sedan is made for the world’s most demanding driving enthusiasts.”

It’s no wonder it set the record; under the bonnet you’ll find a 5.0-litre supercharged V8 that produces a mental 441kW and 700Nm. This is the most powerful sedan in the class, far exceeding the outputs of the common German rivals.

Helping with track performance is a serious aero kit, with a deep front splitter, thick side skirts, and a big rear wing with a chunky diffuser underneath. There’s also F1-style ceramic wheel bearings, fully adjustable suspension (including camber), and eye-popping brakes.

Jaguar planned to build just 300 examples of the SV (all LHD, unfortunately for Australians), which means these are quite a rare sight if you do see one on the road. Seeing one being put through its paces around a track is the stuff dreams are made from.

Check out the full lap below. The record follows up on the lap record posted by Randy/Motor Trend in the Jaguar I-PACE electric crossover a couple of weeks ago.