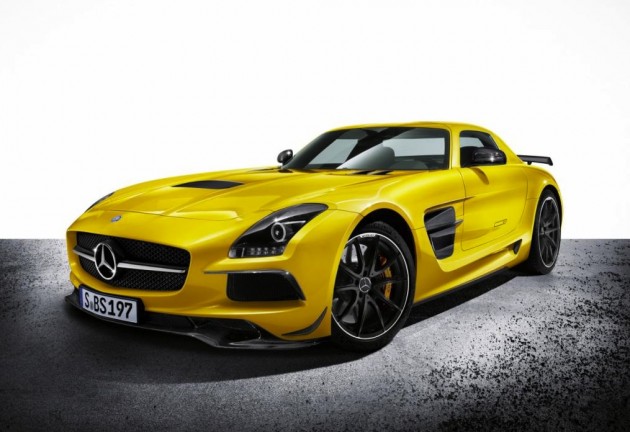 A teaser shot was released around this time yesterday hinting towards the reveal. As speculated, the SLS Black comes with a revised version of the standard 6.2-litre naturally aspirated V8 producing 464kW and 634Nm – up from the standard 420kW output.

The engine has been made more powerful partly thanks to an extended redline which now cuts in at a screaming 8000rpm – it’s no wonder the prototype spotted earlier in the week sounded so good.

Some of the engine revisions include new cams, a new air intake, a lighter weight titanium exhaust system (saving 13kg), and the alterations to the ECU.

Matched up to a seven-speed dual-clutch auto transmission, which sends power to the rear wheels, the SLS Black is capable of demolishing 0-100km/h in just 3.6 seconds, with a top speed of 315km/h. The average fuel economy – not that you would care in a car like this – has been rated at 13.7L/100km. 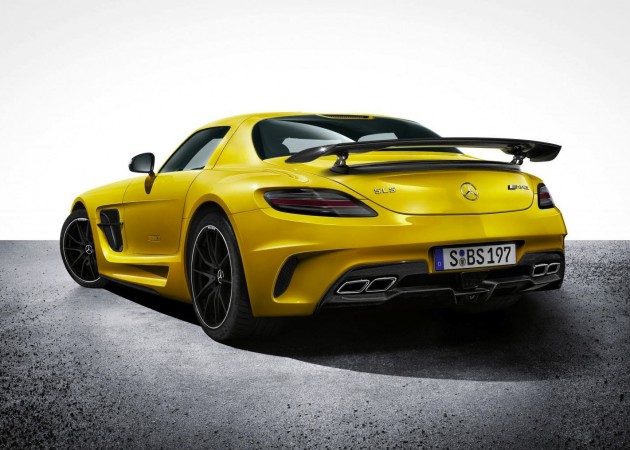 Inside is smothered in carbon fibre, including a carbon centre console, lighter weight bucket seats (saving 15kg), and a removed multimedia interface that saves a further 6kg.

The new performance model will go on sale in international markets in June, 2013. A possible Australian introduction is yet to be announced.