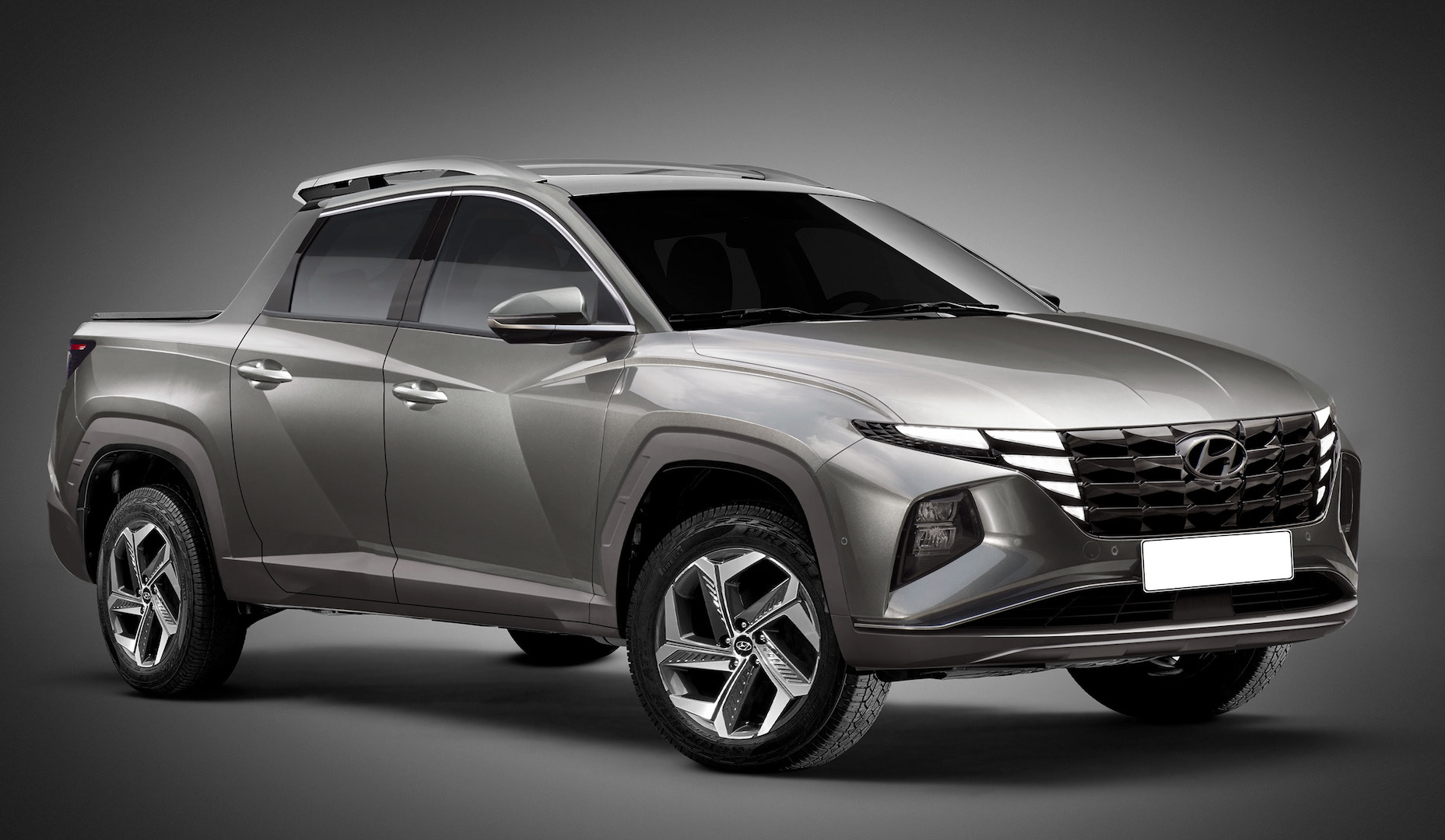 Now that we know what the new Hyundai Tucson looks like, we now have a bit of an idea what the upcoming Santa Cruz pickup could look like. A designer has just produced some crisp renderings to help with our imagination. 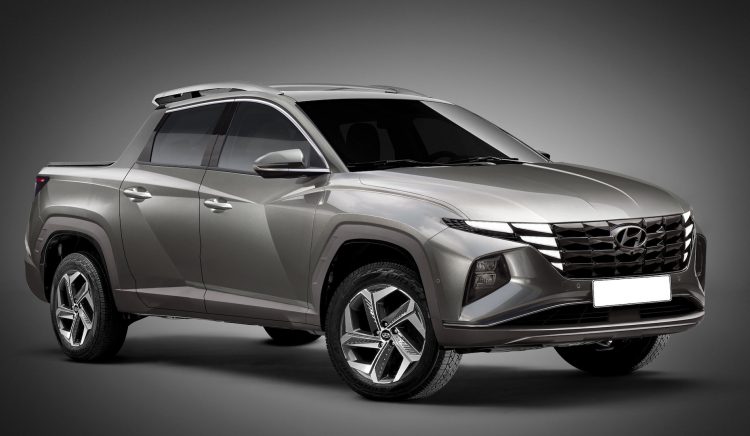 These renderings, by KDesign AG, show a pickup truck taking the shape of the new Tucson. The body is treated to the same ‘Sensuous Sportiness’ design theme, with the ‘parametric dynamics’ front grille and integrated headlight layout at the front. Although the rear end might not feature the same full-width taillight as the Tucson, we think the front end could be quite accurate, based on prototypes that have been spotted.  A sporty roof rack and sharply bolstered wheel arches seem to go well with the pickup body style as well.

So, what’s the Tucson got to do with the upcoming pickup? Well, the new ute is set to be underpinned by the same platform as the just-revealed Tucson, codenamed NX4. However, we’re expecting some hardware changes underneath to help with payload and towing capacities, and the rear suspension will probably be revised for heavier-duty applications.

We still don’t know if the new model will be offered in Australia. There has been whispers of two versions being in the works, including another more heavy-duty ute which could be destined for the Aussie and Thai markets. Hyundai is yet to provide any official plans in any case. 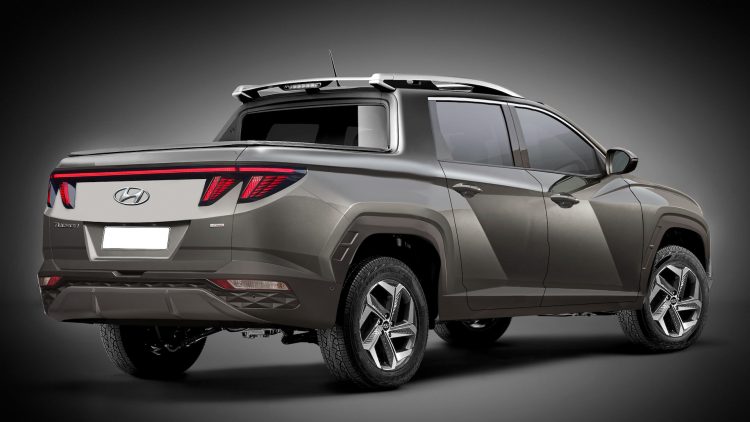 Hyundai did unveil a concept pickup back in 2015, called the Santa Cruz. Hence, the production version is likely to wear the same name. Production is set to take place in the USA from next year, with market entry happening there some time in the second half.

The Santa Cruz will be looking to tap into a new market segment, alluring SUV buyers that are looking for slightly more versatility. On-road driving dynamics are expected to be just like an SUV, as opposed to a truck-like experience provided by the existing utes and pickups.