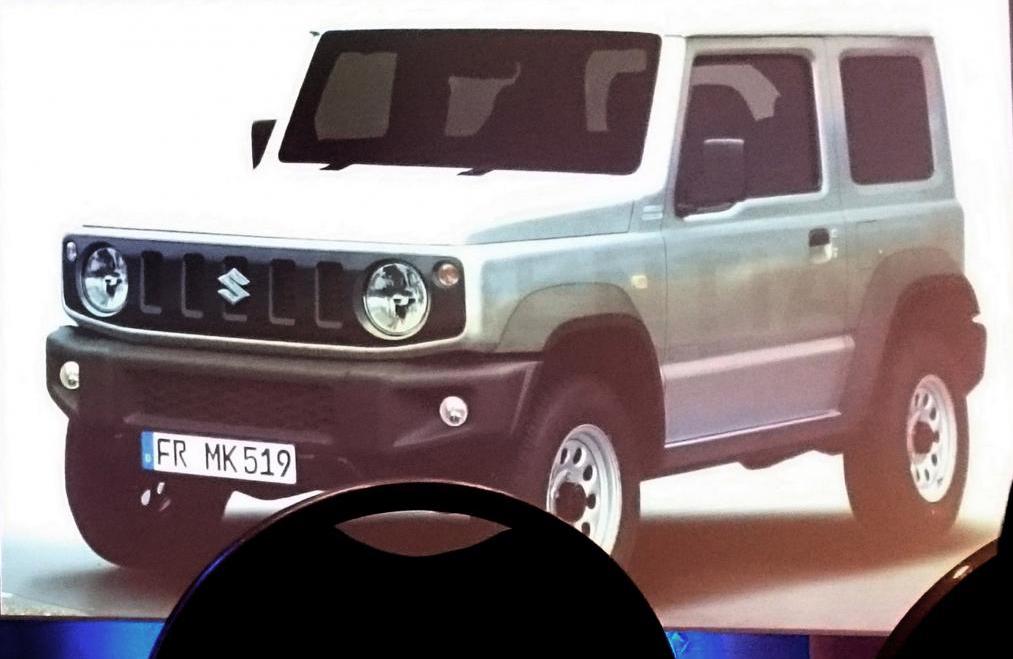 Some digital images of the next-gen, 2018 Suzuki Jimny have surfaced online, showing what is believed to be an accurate representation of the new model before its expected debut a little later this year. 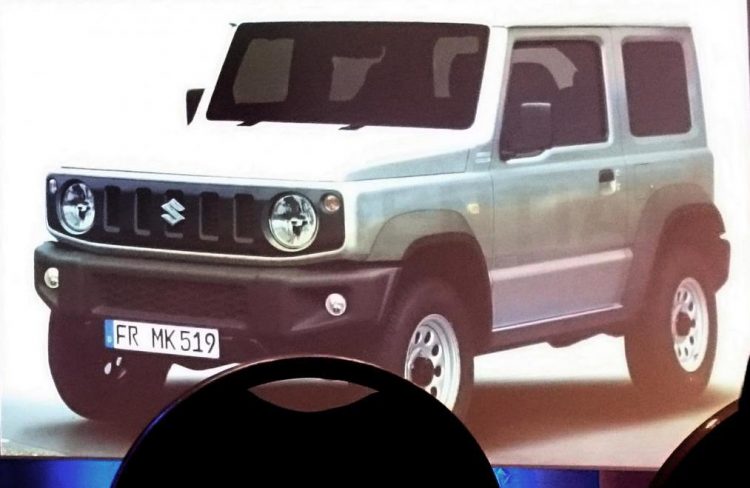 The images were apparently from an official product presentation of some kind, giving us a clear view of the boxy new shape. This shape is probably going to be seen as a good thing to the Jimny fans who love the rugged, utilitarian theme of the SUV.

To us it looks a bit like a Land Rover Defender 110 from the rear, and a little bit of Mercedes G-Class in the roof and pillars. Up at the front it looks like Suzuki designers have given the miniature SUV an upsweeping smack in the face, with a more perched and pointed leading bonnet edge and tighten up bumper bar.

As far as we know the new Jimny will retain its 4×4 heritage, built on an old-school ladder-frame chassis with live axles, and a low-range-equipped four-wheel drive system. Of course, Suzuki is likely to apply some modernity to some areas to help it meet younger market demands.

Suzuki will probably fit its now universal touch-screen interface with its four-quarter split screen layout, while safety is likely to be boosted via more airbags and stability and traction control.

Details regarding the engine are yet to be uncovered, but if it were our choice we’d be gunning for the new 1.0-litre turbocharged three-cylinder BoosterJet engine which is seen in the Baleno and new Swift GXL. In those cars it produces 82kW and 160Nm, which would nicely overshadow the outgoing 1.3 Jimny’s 62.5kW and 110Nm outputs.

A full debut is probably getting near, especially as these images are from an internal presentation perhaps educating staff or dealers about the product.