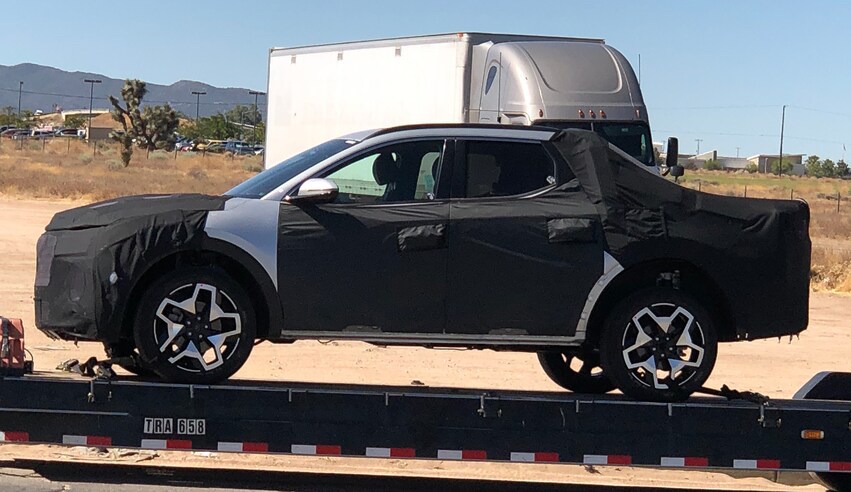 The much-anticipated Hyundai Santa Cruz pickup has been spotted in prototype form in the USA. And it’s the most revealing prototype we’ve seen, with some of the body and design details shown in broad daylight. 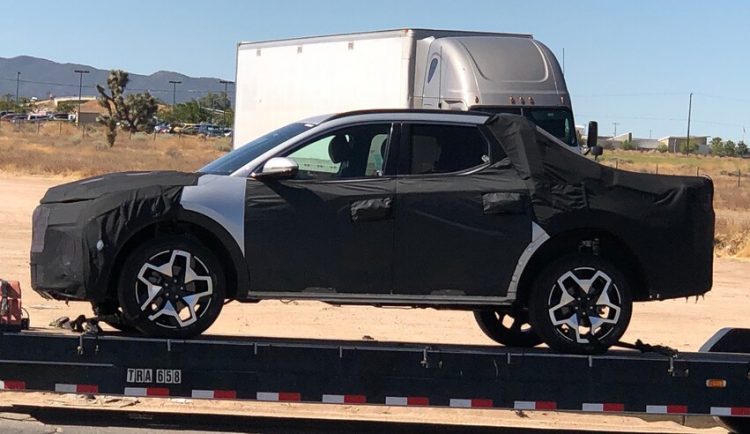 Thanks to these images posted up by MotorTrend, this is the first time we’ve been able to see, what looks to be, the production alloy wheels, for example. Although the new mid-size dual-cab ute is set to be based on the upcoming fourth-generation Tucson, codenamed NX4 (pickup codenamed NX4 OB), we haven’t seen these wheels before.

An outline of the front end also reveals plenty. You can see hints of Hyundai’s new split headlight design, with a large cove or cluster concave in the front corner for the main beams. The front guards look bolstered, as expected, and it appears as though the wheelbase and roofline are finalised and ready for production. We also get a good look at the ground clearance. 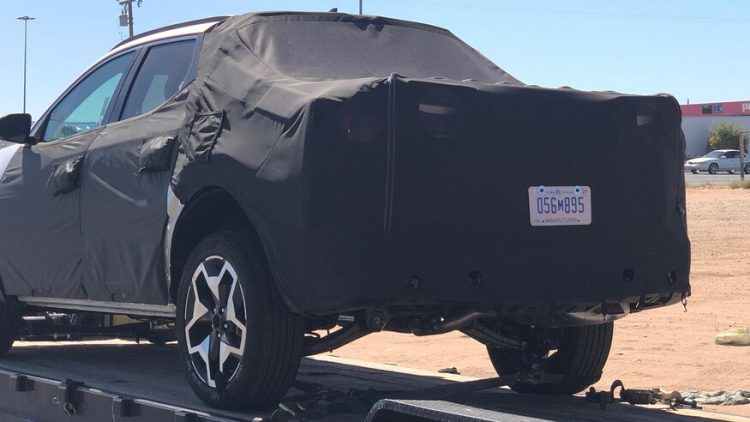 Interestingly, the rear end clearly shows evidence of an independent rear suspension setup. It’s been previously reported that the new pickup won’t be pitched against the big, heavy-duty trucks in America. Instead, it’s understood it will be more of a soft-roader-style ute for adventurous lifestyles.

As such, the towing capacity and payload aren’t likely to set any benchmarks. In that sense the Santa Cruz is likely to slot beneath Australia’s common dual-cab utes for size and capability, for example. However, with SUV-like ride and handling Hyundai could forge a new market segment. 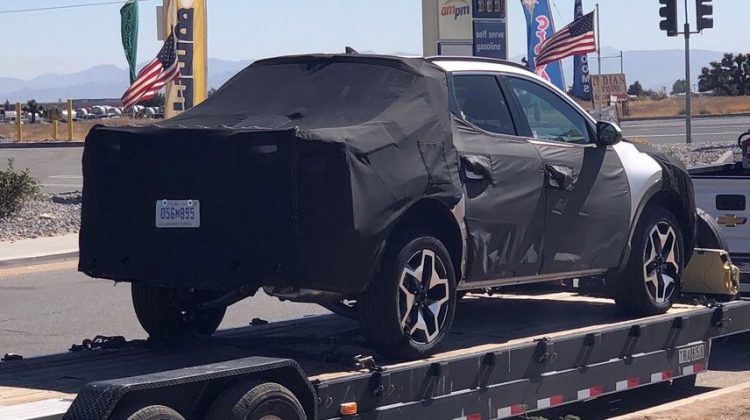 Speaking of Australia, it’s not completely understood where this new model will be offered. There has been talk that Hyundai could be developing two pickups, with the Santa Cruz headed for America. Another, slightly more heavy-duty ute could be on the way for Australia and Thailand, where vehicles like the Toyota HiLux are very popular.

As for this pickup, power is expected to come from Hyundai Motor Group’s new 2.5-litre turbo-petrol four-cylinder engine. In various group vehicles the unit develops around 213kW. Being petrol-powered would go down well in America, as diesel engines aren’t as popular there as they are in Australia and other parts of the world. We should know more concrete details soon, as a debut is anticipated within 12 months.