Honda specialist tuning company Mugen has released a teaser image of its new Mugen Honda CR-Z RZ performance coupe. Not to be confused with the company’s CR-Z RR concept car, the RZ will be a production car. 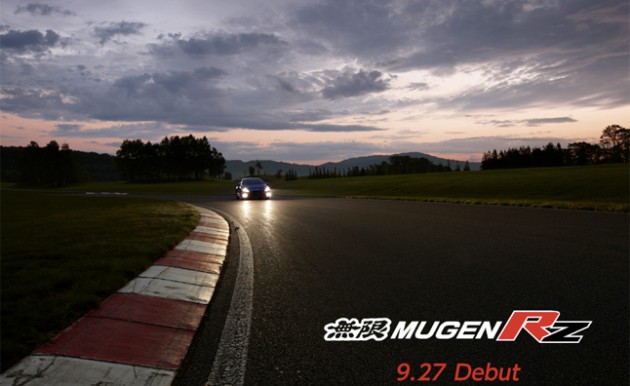 Unfortunately just 300 units will be made, featuring a high dose of performance in almost every area. The engine, for one, is set to be boosted by a supercharger taking power from the standard 91kW output to around 130kW.

The suspension and chassis is also set to receive extensive tuning, with lower and stiffer springs, uprated dampers, various braces, and all rolling on a set of lightweight 17-inch alloy wheels.

Like the RR concept, the RZ is also likely to come equipped with a bodykit including aggressive front and rear spoilers, side skirts, and a rear diffuser.

The hot hybrid coupe will only be available in a special Azure Blue Metallic when it goes on sale, with prices starting at around $50,000 (in the Japanese Domestic Market).

It’s unknown at this stage if the performance edition will be based on the facelifted 2013 Honda CR-Z or not. All will be revealed on the 27th of September.