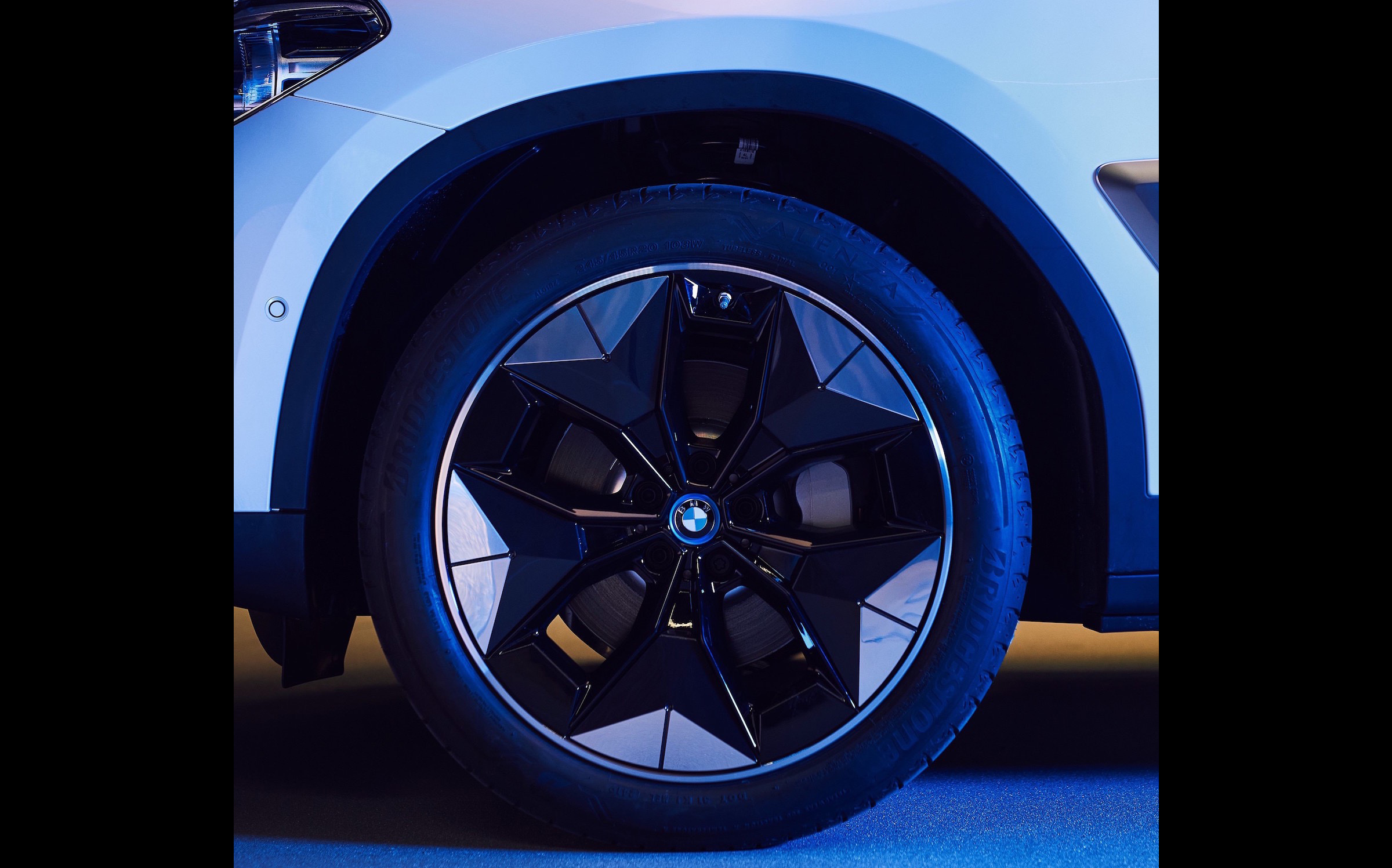 The mid-size premium electric SUV market is about the welcome BMW’s contender; the BMW iX3. And to build some excitement ahead of its debut this year, the company has released a teaser showing an unusual new Aerodynamic Wheel that will be available. It promises to increase the driving range by up to 10km.

The iX3, inspired by the concept of the same name, is the last to the party, following the initial launch of the Jaguar I-PACE, and then the Mercedes-Benz EQC and Audi e-tron. However, good things come to those who wait, right? BMW will use the iX3 to launch its all-new “Aerodynamic Wheel”, which will soon be available on the iNext and i4 electric models as well (prototypes pictured above).

As you can see in the teaser photo below, the wheel looks pretty much like any other aero-style wheel, with flush spokes that are very wide and thin. However, take a closer look and you’ll see there is a lot more detail involved.

BMW says the wheel features an aluminium base with individually designed inserts. The base wheel also uses less material than a conventional lightweight item, reducing weight and, importantly for driving dynamics, unsprung weight. A mix of “resource-efficient” manufacturing processes means there is no need for new tooling equipment to produce the wheel. 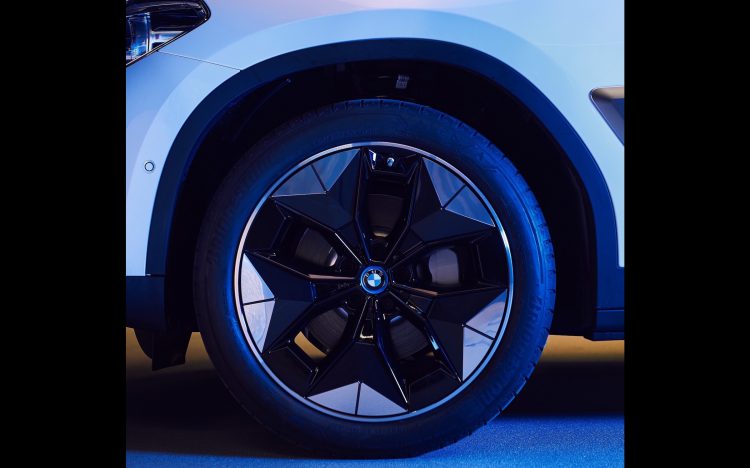 So, what’s the result? BMW claims the drag is reduced by 5 per cent compared with a normal X3 wheel, with the weight cut by an impressive 15 per cent. Power consumption is reduced by 2 per cent across the WLTP cycle, or about 0.4kWh/100km. This means around 10km is added to the driving range.

As for the iX3 itself, no further details have been revealed. So far BMW has confirmed it will feature a 74kWh battery, feeding power to an electric motor that develops 210kW and 400Nm. Interestingly, the iX3 will be rear-wheel drive to ensure it offers a “traditional BMW rear-wheel drive experience”, BMW says.

With a full charge, the range, according to the WLTP cycle, is “more than 440km”. Expected acceleration times across 0-100km/h are yet to be announced. However, BMW says the instant torque offers “high initial acceleration and keeps a high level even at the upper motor speeds”.

The iX3 will launch some time this year, with an unveiling likely to take place soon. The 2020 Geneva motor show might be a good bet, taking place early in March.