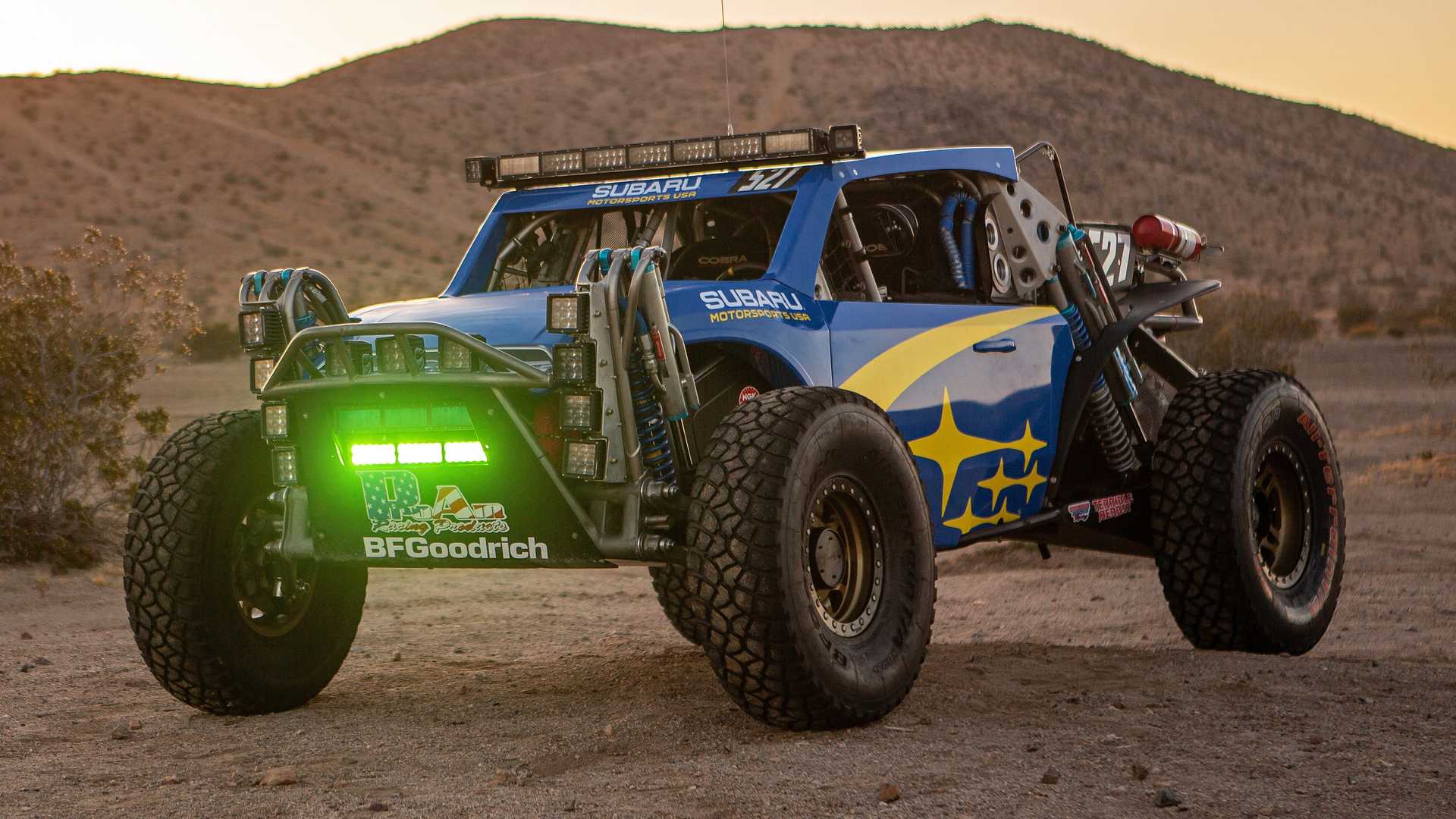 Subaru of America has today confirmed a renewed support for the Subaru Crosstrek Desert program, and revealed the new off-road buggy built by Crawford Performance and ran by Grabowski Brothers Racing. 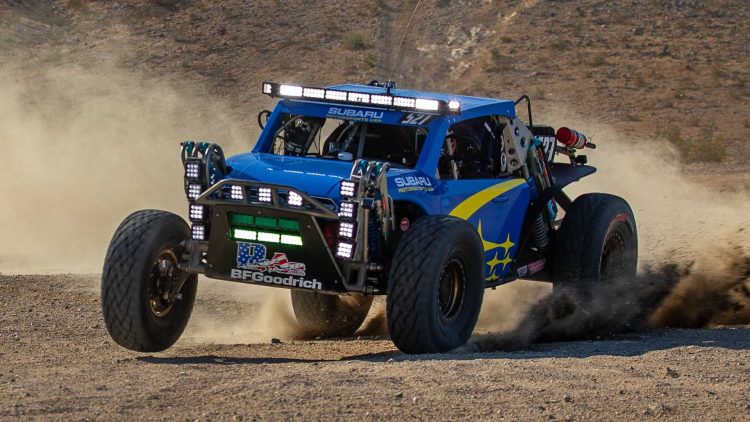 The racer features a 2.5-litre four-cylinder Subaru boxer engine which has been tuned and tweaked by Crawford Performance. It might not feature a turbocharger but the team has managed to extract an impressive 224kW (300hp) from the unit.

As for the rest of it, well, it’s a purpose-built off-road buggy. You’ll notice the twin-shock suspension protruding upward at the front, with a stack of LEDs bolted on for the headlights. There’s also a full LED light bar across the roof, and a complex long-travel suspension setup at the back.

Subaru Motorsports USA has applied its latest design theme to the 2019 buggy, helping it match the brand’s other racing campaigns in America, on and off the tarmac.

The buggy is designed to compete in Class 5 Unlimited at the Baja 500, which gets underway this weekend ( from June 1). 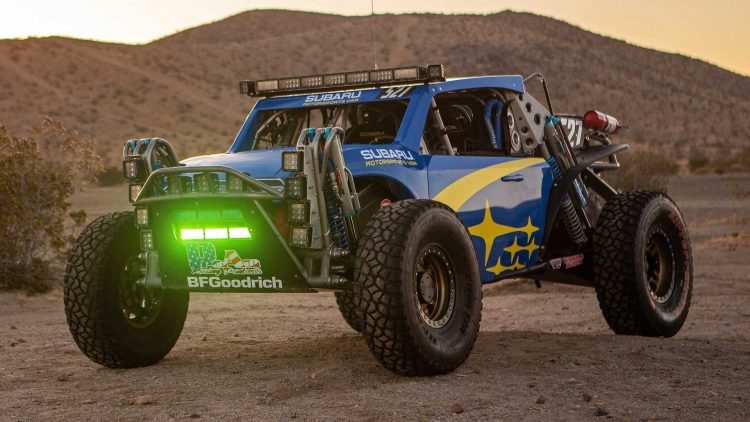 After smashing across the dirt for a distance of 487.11 miles (784km) during Baja, Grabowski Brother Racing will then be moving on to the Vegas to Reno event in August, and then to the Baja 1000 in November. Quirt Crawford from Crawford Performance said:

“Subaru is best known for its success in rally, but Subaru engines have been used in off-road buggies for years. My goal with the Crosstrek Desert Racer program was to show what was possible with a non-turbocharged boxer engine in an unlimited class, and the results so far have been very strong. I’m looking forward to bringing the car back to Baja this year and showing what it can do!”