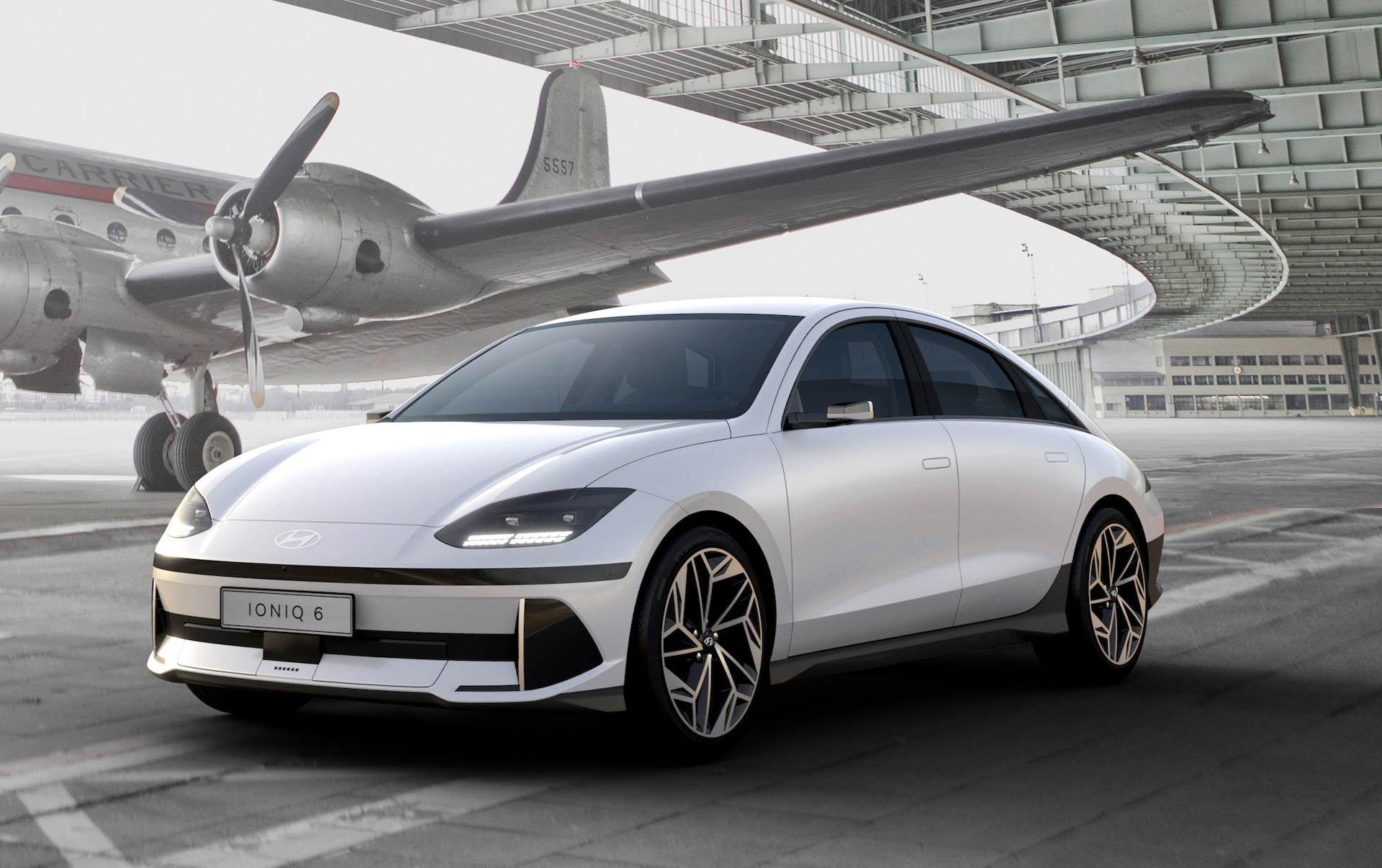 Welcome to Hyundai’s second stand-alone IONIQ model and first all-electric four-door coupe. The IONIQ 6. Its design has been revealed today ahead of the full reveal in July. 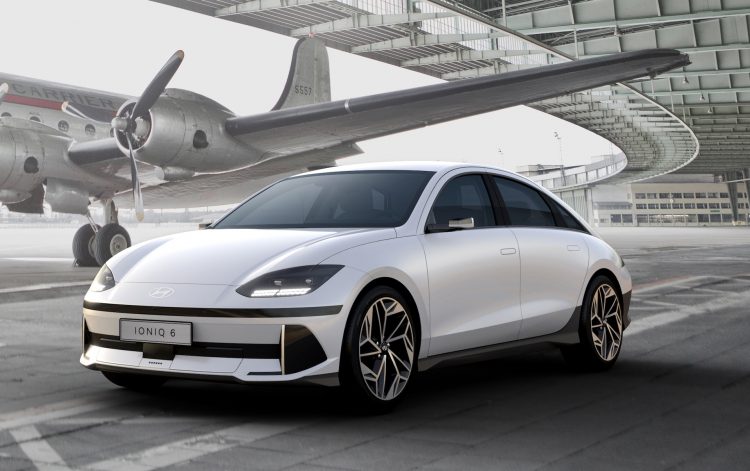 The IONIQ 6 is inspired by the Prophecy concept car, featuring a smooth and curvaceous body in the form of a four-door coupe. It follows a design philosophy Hyundai calls ‘Ethical Uniqueness’.

At the front is a new interpretation of the company’s H symbol, with a matching badge at the back, while the Parametric Pixel lights are back (following on from the IONIQ 5) for the taillights, providing a unique look.

Inside, Hyundai is presenting a 12-inch touch-screen for the main infotainment system, and another 12-inch digital screen for the instrument cluster. Front passengers are divided between an elegant bridge-like centre console, complete with practical storage. SangYup Lee, boss at Hyundai Design Center, said:

“IONIQ 6 connects an emotional convergence of functionality with aesthetics. The distinctive streamlined design is the result of close cooperation between engineers and designers, with obsessive attention to detail and customer-centric values at the core. We have created the IONIQ 6 as a mindful cocoon that offers personalised place for all.” 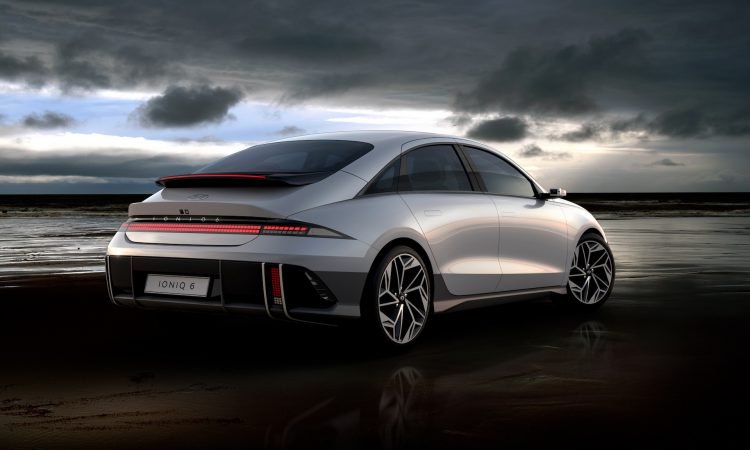 The stunning design isn’t just nice to look at, the entire package has been crafted to be as slippery and aero-efficient as possible. In fact, the IONIQ 6 is Hyundai’s most aerodynamic model yet, with a drag co-efficient value of just 0.21.

Specifications are still being withheld at this stage, but we know the 6 will be underpinned by Hyundai Motor Group’s E-GMP architecture. This is also used for the IONIQ 5 and Kia EV6, where it supports up to two electric motors and a power output of up to 225kW in the 5, or up to 430kW in the case of the yet-to-arrive EV6 GT. More details will be revealed in the coming weeks.