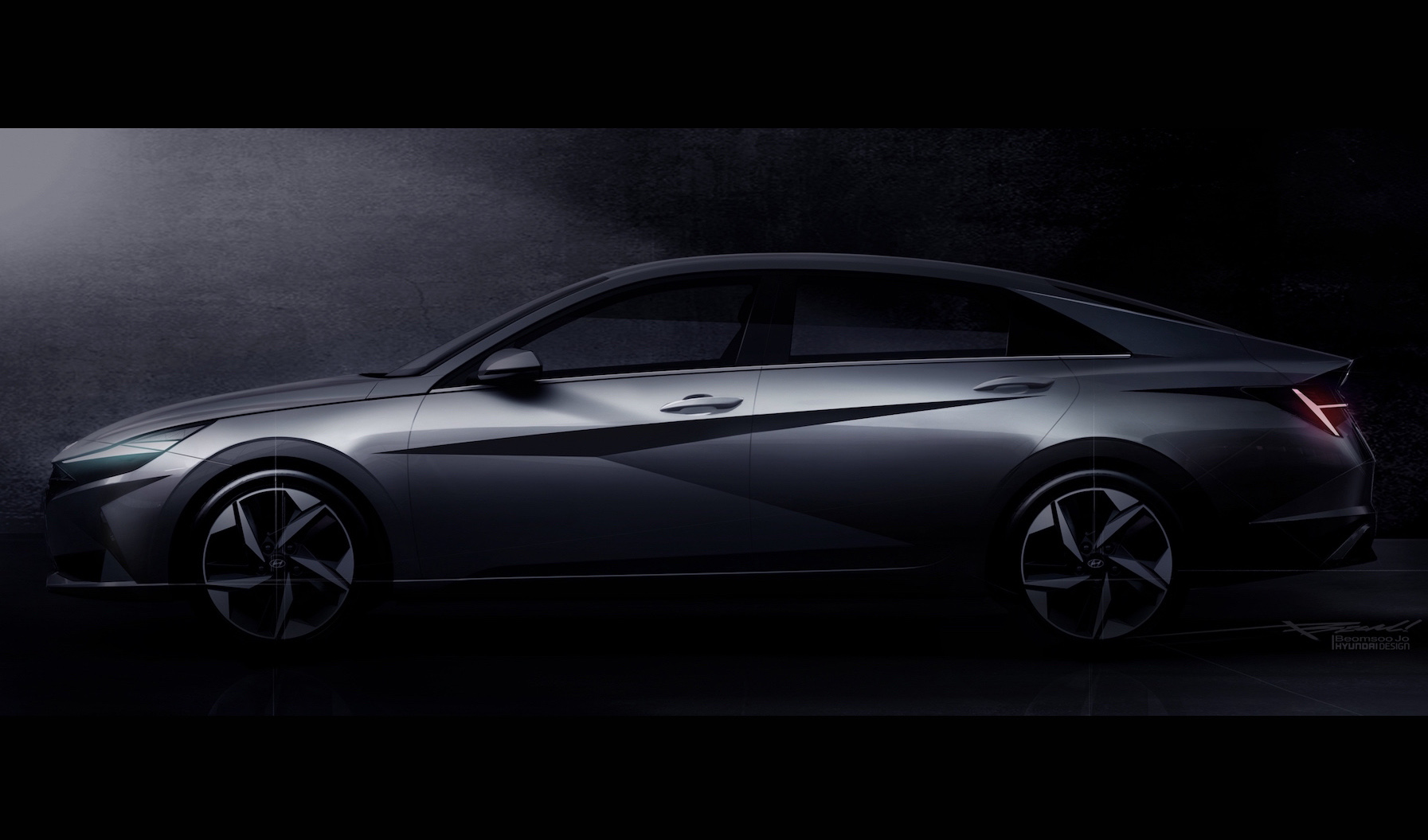 The all-new, seventh-generation 2021 Hyundai Elantra has been previewed ahead of its world premiere next week, with a shadowy glimpse of its side profile confirming an edgier design theme.

Hyundai says the new model showcases the next step in its design language, with other models in the future likely to adopt a similar philosophy. The new theme is described as expressing a progressive and exotic character via something called Parametric Dynamics. Hyundai explains:

“Essentially, advanced digital design technology brought the Parametric Dynamics design language to life. Having three lines meet at one point is the main element of Parametric Dynamics. This formation is a daring challenge, which has been avoided in car design, marking Elantra’s disrupter-spirit.” 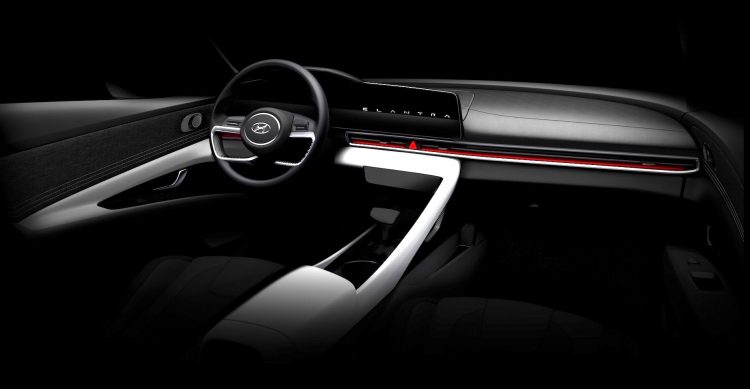 Similarly, the interior will also showcase a brand new theme called Immersive Cocoon, which is based around a driver-centric layout, with low and wide fixtures wrapping around from the doors to the centre console. There’s also two digital displays connected in one housing, which seems to be the trend these days.

Looking at the teaser images, the exterior certainly looks sharp, with a rising waistline and slowly-drooping rear windscreen giving it an aggressive and almost coupe-like profile. At the front it looks like the top edge of the bonnet will protrude slightly for a frowning look, with peeled-back headlights stretching up the front wheel arches. This is quite different the rounded contours of the outgoing Elantra.

The interior looks set to adopt a very clean and clutter-free design, and yes, the centre console encloses the driver somewhat for an intimate position. Check out the unusual four-spoke steering wheel, which also goes for a minimalist theme and features only a couple of buttons.

Hyundai will be unveiling the 2021 Hyundai Elantra at The Lot Studios in California on March 17. The event will be live-streamed around the world. More details, potentially including specs and Australian market details, will be announced then.