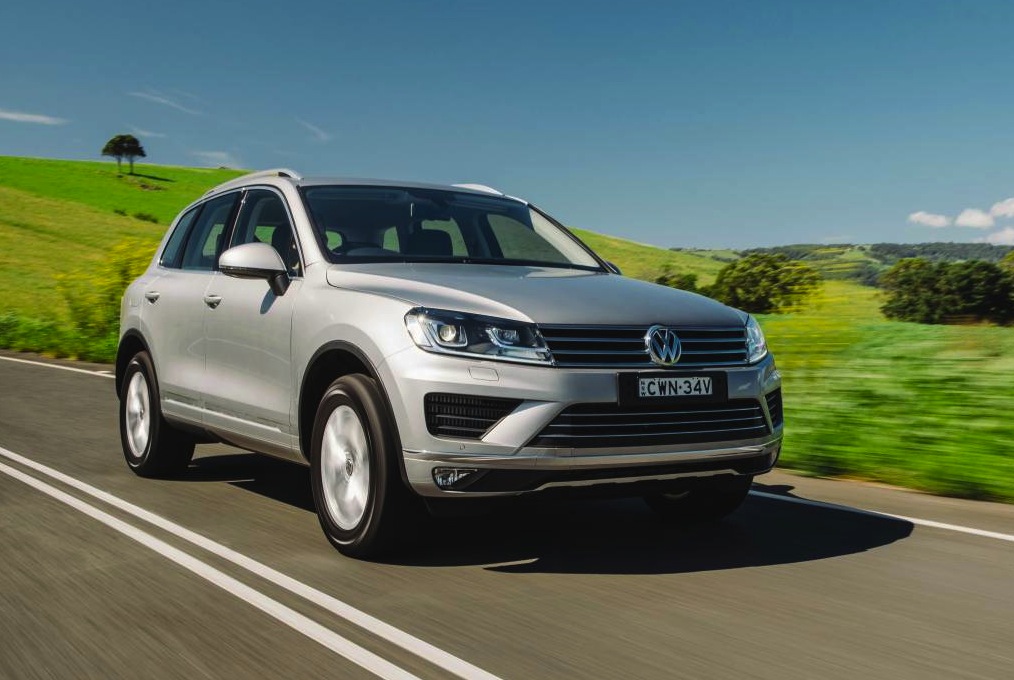 The 2015 Volkswagen Touareg has landed in Australia, with a spruced up standard features list, more torque for the base model, and updated styling. 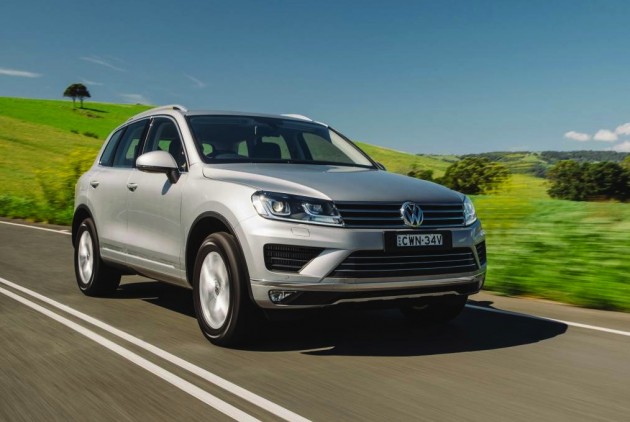 Volkswagen Touareg sales have been going well in Australia, reporting 1755 units in 2013 and then 1926 sales during 2014. For the facelift VW has made the large SUV more appealing than ever.

Starting with variant lineup, there’s now three models to choose from; the 150TDI, the V6 TDI, and the range-topping V8 TDI R-line. All now come with sat-nav as standard, and bi-xenon headlights with LED daytime running lights.

The entry-lever 150TDI uses a turbo-diesel V6 which has been revised to produce 150kW of power and 450Nm of torque, up 50Nm. It’s connected up to a 4MOTION all-wheel drive system and eight-speed automatic transmission. Fuel economy is rated at an impressive 7.2L/100km.

Stepping up to the V6 TDI gets you 180kW and 500Nm, while the interior is dressed in Nappa leather with heated front seats, and mahogany wood veneers for the dash and centre console. The mid-spec variant is also equipped with air suspension with adaptive dampening, and a set of 20-inch alloy wheels.

If pure exuberance is what you’re after, the V8 TDI R-Line comes with a 4.2-litre turbo-diesel V8 producing 250kW of power and an earth-pounding 800Nm of torque. It’s capable of covering 0-100km/h in just 5.8 seconds, easily bettering the 7.6 and 8.5 times of the variants above. Fuel consumption is a respectable (for the performance) 9.2L/100km.

Going for the V8 also gets you 21-inch alloy wheels, a 12-channel digital amplifier and 620-Watt Dynaudio sound system, and a suite of R-Line compliments including a bespoke front grille, sporty front and rear bumper bars, and an R-Line interior.