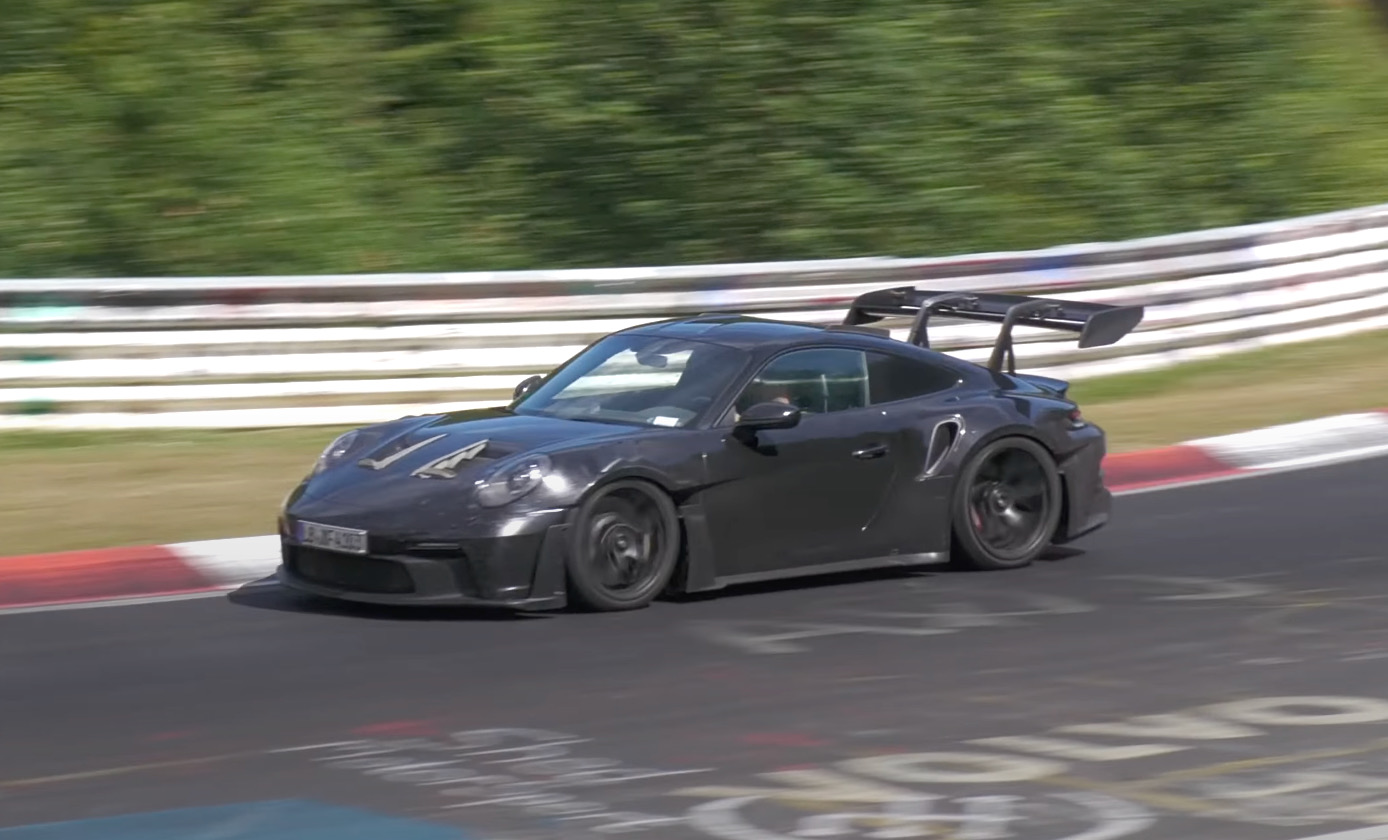 A prototype of the 992-generation 2023 Porsche 911 GT3 RS has been spotted out on the Nurburgring again, flaunting some impressive aero features and an incredible flat-six soundtrack. 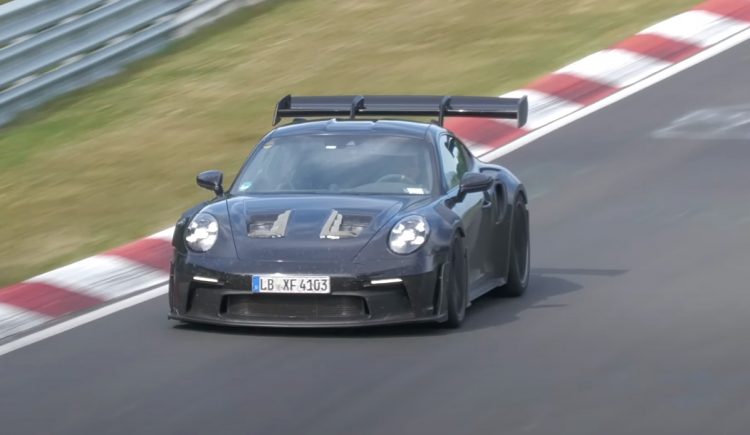 The new GT3 RS looks like it will carry over the top-hanging swan-neck rear wing from the regular GT3, however, instead of two struts spread wide, the two are placed closer together. At least on this prototype. The wing surface also appears to be much larger, and stands taller.

At the front, the guards feature twin vents on top, cutting straight through to the wheel well, while the back section looks to come straight from motorsport. The exposed front wheel and deeply cut panelwork shows this thing is ready for racing.

Our guess is the aerodynamics will be more advanced than ever before for the new model, so it produces more downforce than any predecessor. Indeed, even the standard GT3 in 992 form can generate up to 150 per cent more downforce at 200km/h than before.

Compared with the last prototype we saw earlier this year, this prototype wears a different rear bumper bar and diffuser system. We could be looking at the production design here, with sculpted cutaways on the sides and a neat diffuser underneath. 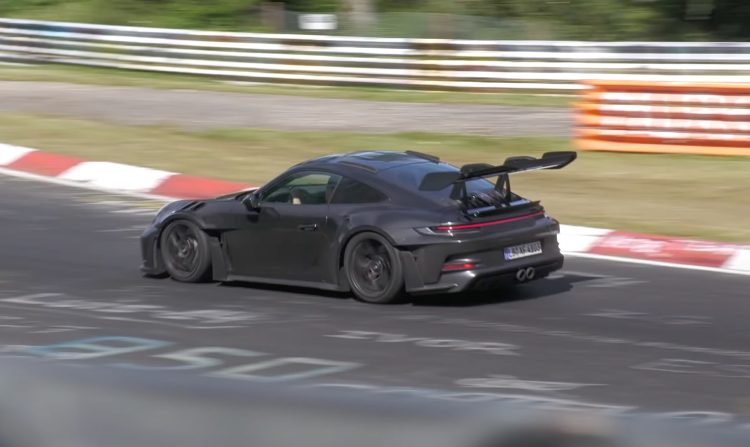 In the engine compartment is the famous 4.0-litre naturally aspirated flat-six, as a far as we know. The standard GT3 develops 375kW and 470Nm, while this RS version could see figures turned up to around 390kW and 480Nm. Our guess is peak power will be achieved higher than the standard model’s peak, at 8400rpm, even though the standard redline is 9000rpm.

Porsche hasn’t confirmed when it will unveil the new model, but reports suggest it will happen later this year. Given that this prototype looks ready to go and the fact test drivers appear to be pushing hard, we might not have to wait long at all. Take a look at the video below, provided by CarSpyMedia, for a preview.