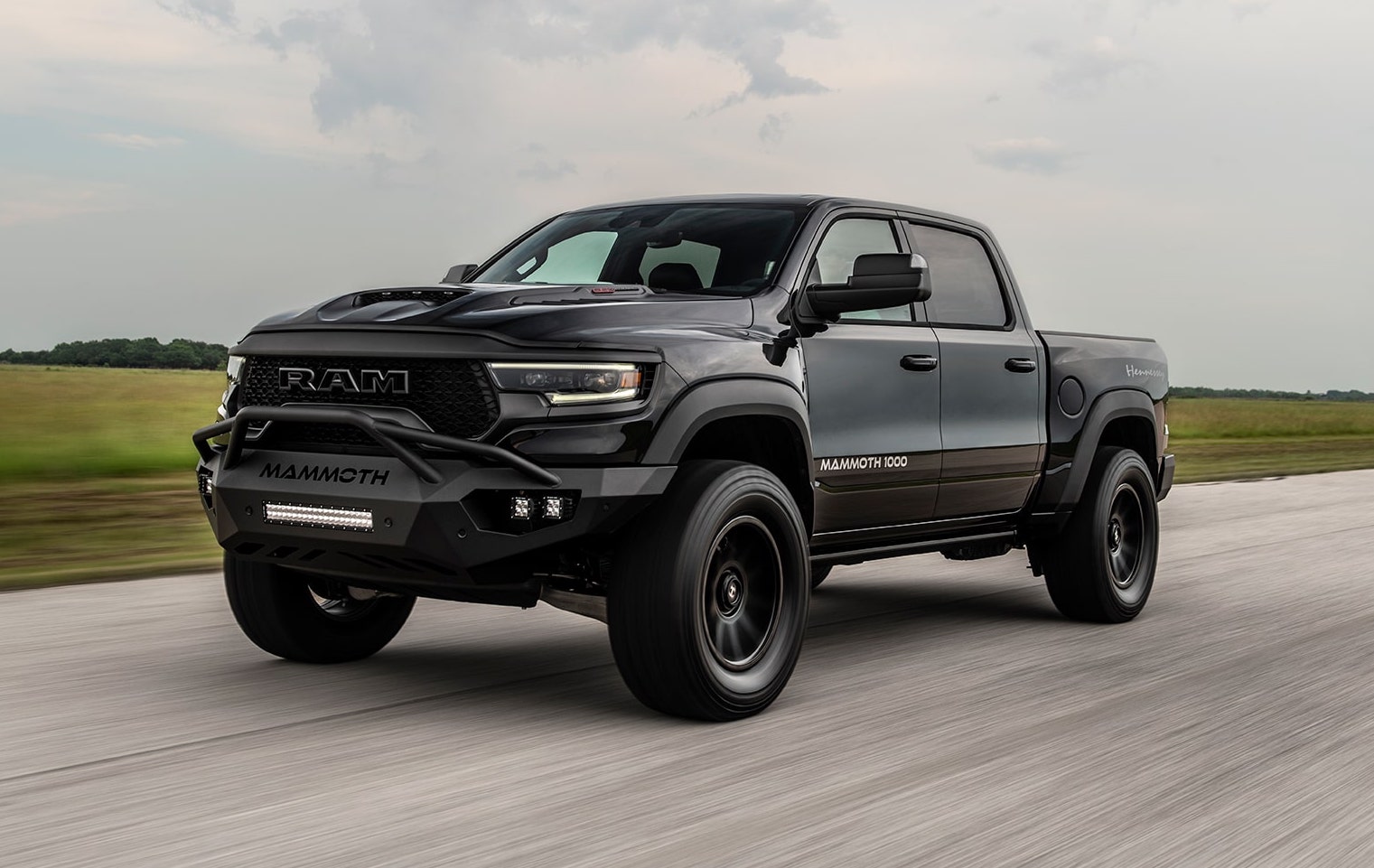 Enthusiasts of ridiculously powerful dual-cab utes rejoice as Hennessey has confirmed that its Mammoth 1000 TRX has officially entered production and the first deliveries can be expected later this year. It follows the announcement of the SUV version a couple of months ago. 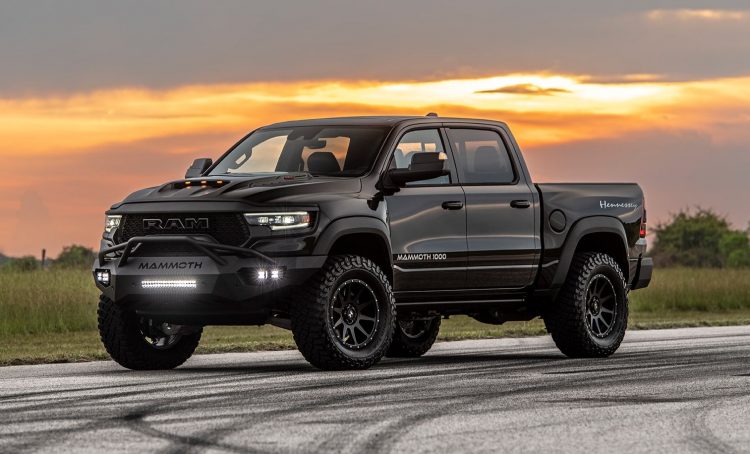 Underneath, the Mammoth is based on the RAM 1500 TRX, which already packs a hearty 523kW punch thanks to a 6.2-litre supercharged V8. It has since received the royal treatment from Hennessey’s Performance Engineering team.

Special touches include a new 2.65-litre high-flow supercharger and new injectors and induction system, which have increased the power figure to 754kW and a mind-bending 1313Nm of torque.

Hennessey Performance says the Mammoth 1000 TRX will undoubtedly take the crown for the world’s most powerful dual-cab pickup/ute. It offers a 0-60mph time (97km/h) of just 3.2 seconds and hits the quarter-mile in just 11.4 seconds at more than 194km/h. 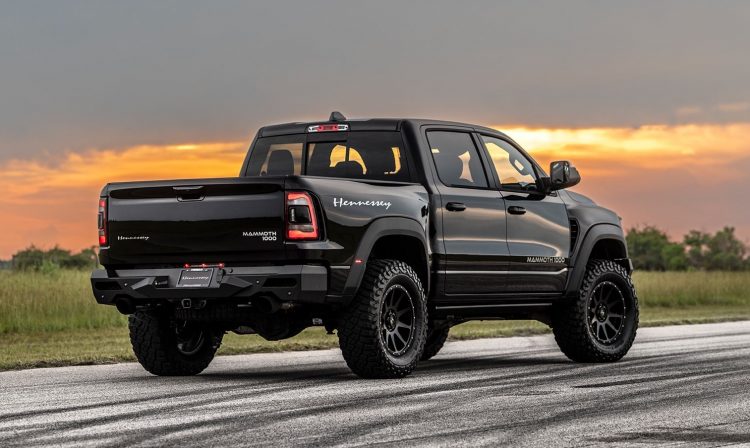 Production of the Mammoth 1000 TRX will be strictly limited to 200 units, so if you’re interested, you’ll need to get in touch with Hennessey shortly and throw down at least AU$200,000 for the privilege. Hennessey is offering off-road packages for the Mammoth, which includes massive 37-inch tyres, LED lights, front levelling kit and fold-out steps. Founder and CEO, John Hennessey, said:

“The new Mammoth 1000 TRX is the most powerful pickup truck that Hennessey Performance has ever offered. We’ve already sold more than 100 trucks, with each answering one big question – why have a 1000-horsepower pickup truck? Because we can!”