Lexus has pulled the wraps off the all-new 2013-2014 Lexus IS in IS 250 F Sport guise. This is the brand new model, with fresh styling, completely revised underpinnings, and a spruced up interior with even more technology. 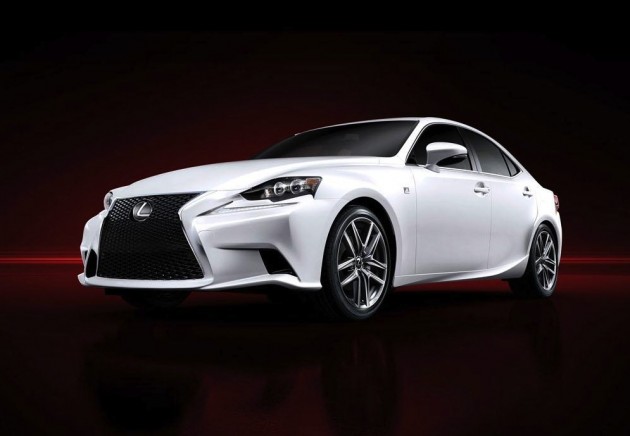 Being the F Sport version, the IS 250 pictured looks incredibly sharp and modern. The design appears to take lots of its inspiration from the stunning Lexus LF-CC concept car, in a good way.

At the front there’s the company’s new trademark spindle grille design, also seen on the latest GS and RX, while at the back it goes distinctively pointy with thin taillights and plenty of angle and aggression. 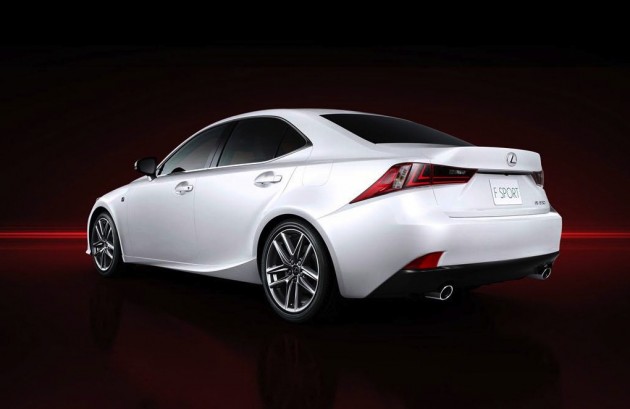 So, what so of kit does the fresh mid-sizer come with? Inside, the dash layout is borrowed from the epic LFA supercar, with a HMI (human machine interface) instrument cluster, as well as 3D-like trimmings, and plenty of leather.

The interior is not only filled with technology, it’s also grown in size with more rear legroom on offer and more boot space. This is thanks to a longer wheelbase and a wider track. Front leg knee room has also improved, as has accessibility to the seats. 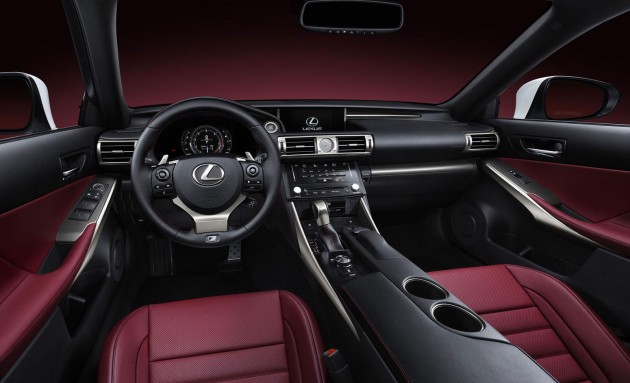 Under the bonnet, full engine specifications are yet to be released. It’s understood the new models will come with very similar engines to the current IS lineup though, including a 2.5-litre V6 petrol with around 153kW for the IS 250, and a 3.5-litre petrol V6 with around 233kW for the IS 350.

A hybrid version will also join the range for the first time as well, potentially pairing the 2.5-litre V6 with Lexus’s renowned hybrid electric drive technology. It’s being labelled as the ‘IS 300h’ by industry experts, who say combined output will be around 179kW.

Other interesting highlights for the new model include seperate LED daytime running lights beneath the headlights, ‘integrated foaming’ for the seats to ensure no gaps between the leather and the cushioning for superior suppleness and comfort, as well as new ‘electrostatic’ one-touch button operations for the climate and media controls.

Full specifications and further details will be uncovered at the car’s official public unveiling, set for the 2013 North American International Auto Show in Detroit. It all starts on January 14.

InLexus IS, Lexus IS F Sport