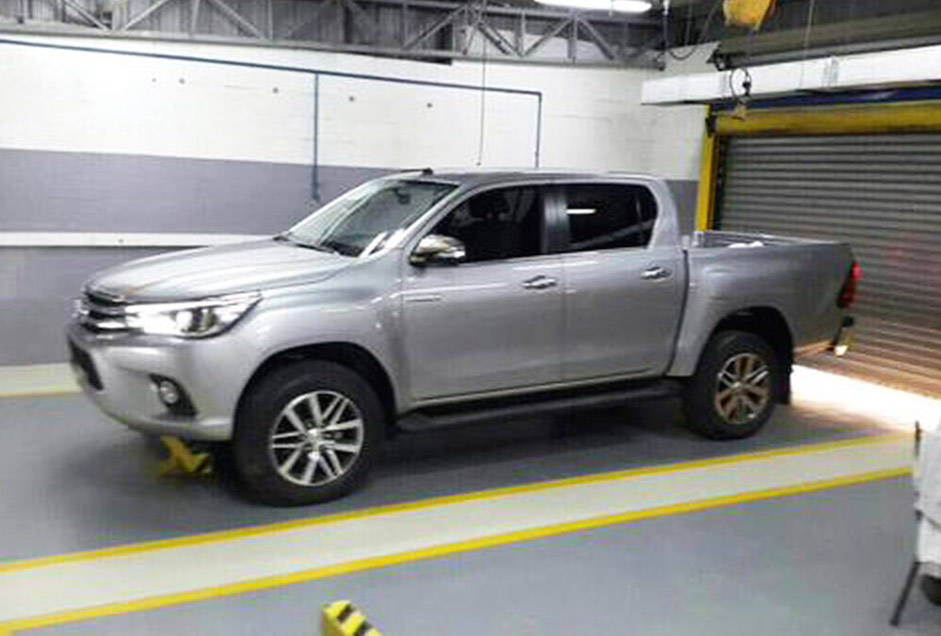 Toyota is rumoured to be planning a debut for the all-new 2016 Toyota HiLux on May 21, with sales expected to kick off later this year in some markets. 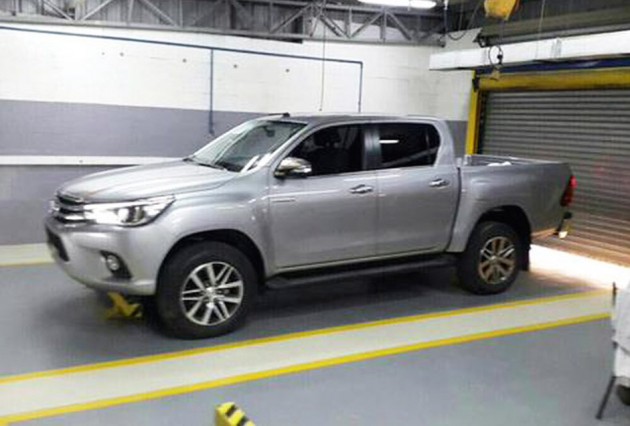 As previously reported, the 2016 HiLux is set to drop its 3.0-litre turbo-diesel four-cylinder and make way for a new 2.8-litre turbo-diesel producing 130kW and up to 450Nm. This would be quite a step from the current model’s 126kW and 343Nm output.

Toyota is also going to introduce a new 2.4-litre turbo-diesel producing around 123kW and 400Nm, while a revised 2.7-litre petrol four-cylinder could see output figures lifted to 166kW.

By now we can start to picture what the new model will look like. We’ve seen a brochure scan which, at first, was a bit suspect, but then we saw a production-ready example which was snapped by a factory worker inside a company workshop of some kind.

In both instances the body takes on more muscular wheel arches with fuller bumper bars front and rear, and the top variant at least will show of a new chrome front grille arrangement with slimmer and wider headlights.

The body is expected to grown in dimensions too, providing more cabin space and in particular improved comfort for rear-seat passengers. Part of the comfort is also said to come from an overhauled rear suspension setup.

Toyota Australia is yet to confirm any local details. We’ll be sure to keep you updated the moment we hear more.