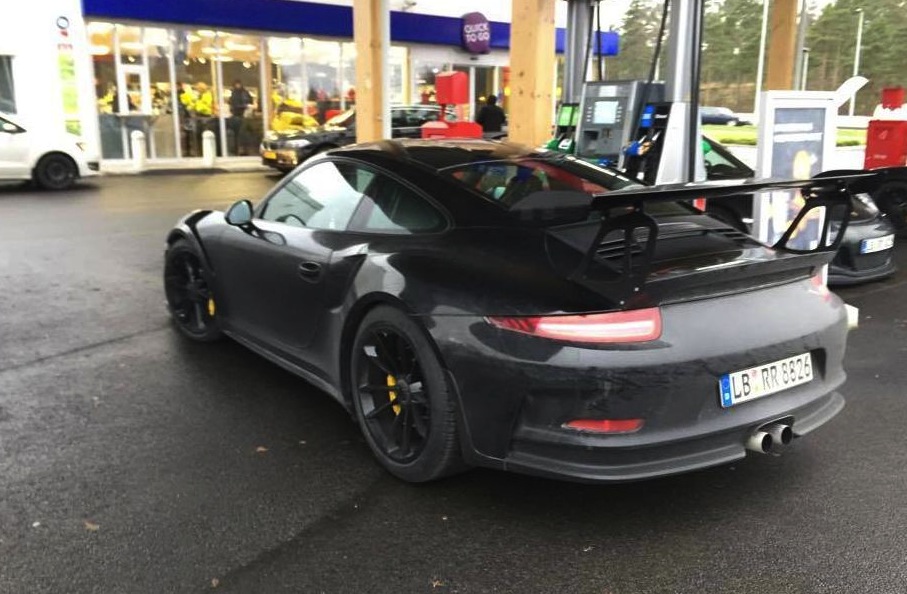 Porsche has been spotted out and about in Sweden in a prototype version of the upcoming 991 911 GT3 RS. This is expected to be the quickest production 911 to ever lap the Nurburgring in Germany. 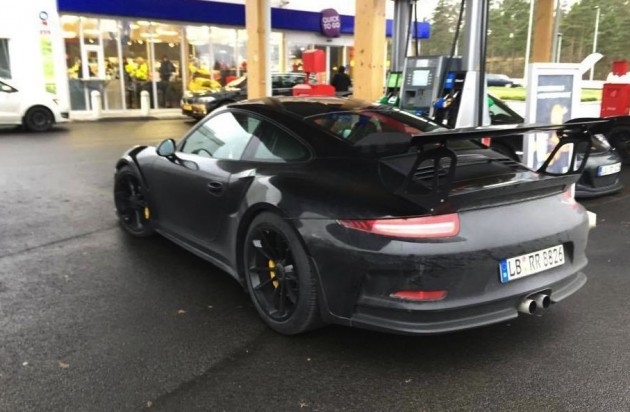 The latest 911 GT3 is already regarded as a sensational driver’s car. In fact, some would argue that it is the best driver’s car on the planet. For the RS, things are turned up a few notches.

This image, which was first posted on a rennlist.com forum thread, shows some of the race-ready details that we can expect. Primarily, the RS will come with serious aero revisions over the regular GT3, and you can see the size of that huge wing on the back.

Aside from the aero changes which will increase downforce and grip at speed, the RS is set to get its own engine. Instead of a 3.8-litre naturally aspirated boxer six, the RS will apparently come with a 4.0-litre unit producing around 373kW (500hp). This would be a nice little jump from the 350kW offered in the GT3.

Other interesting highlights said to be on offer include a mostly stripped out interior with a full roll cage system, reduced weight, staggered 20- and 21-inch alloy wheels wrapped in sticky track-suitable tyres, and a pit lane speed function that holds a speed like a full-on racing car.

According to a user of the forum, Porsche is planning to unveil the new model in full at the 2015 Geneva Motor Show in March. Deliveries are set to follow in May. This seems like a viable scenario as the Geneva show is one of the biggest in the world. This prototype also looks like it is ready to go in almost production guise.