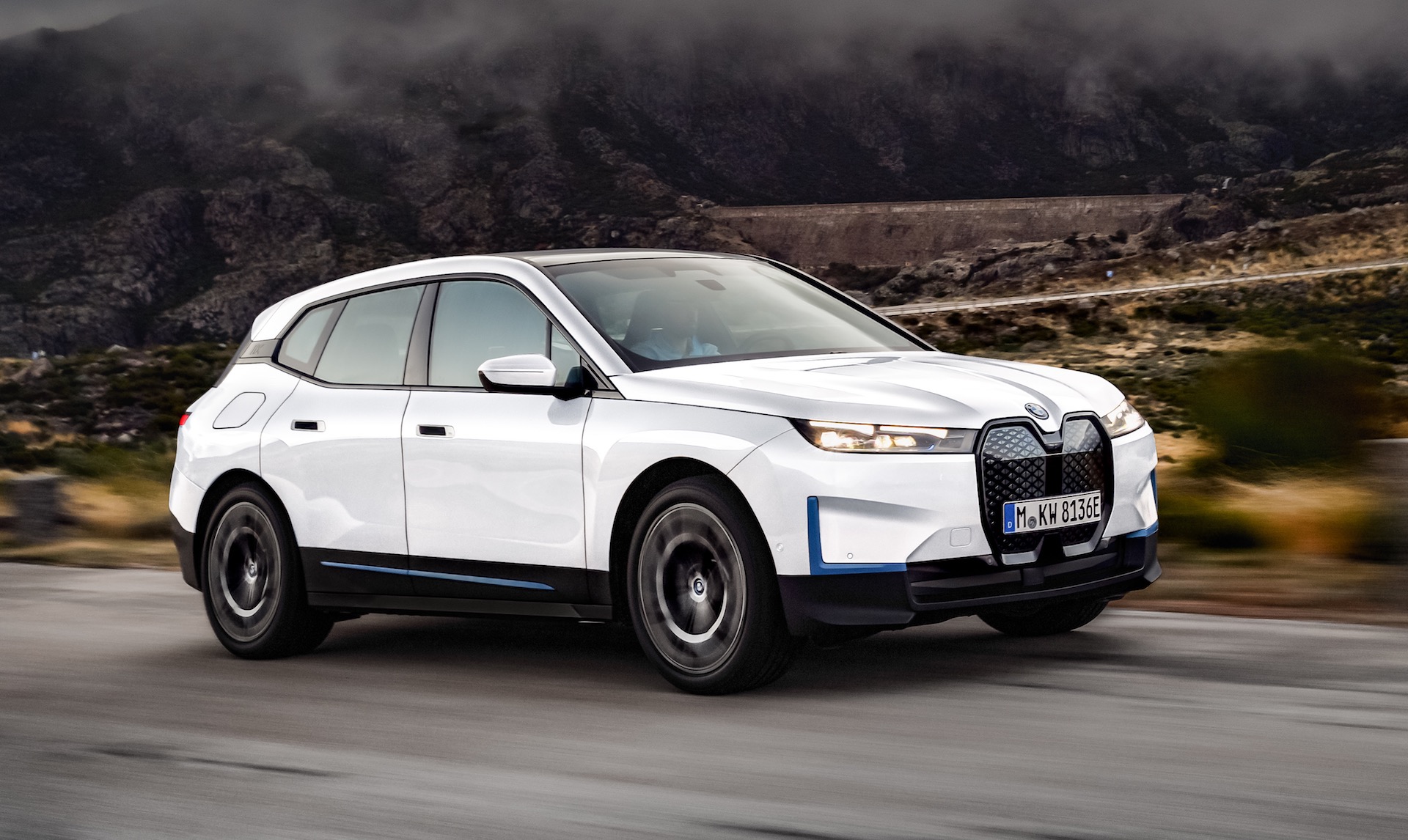 Looking to buy a fully electric SUV? You might want to hold off for a second as BMW Australia has just confirmed the new iX, in xDrive40 and xDrive50 trim levels, will arrive later this year. 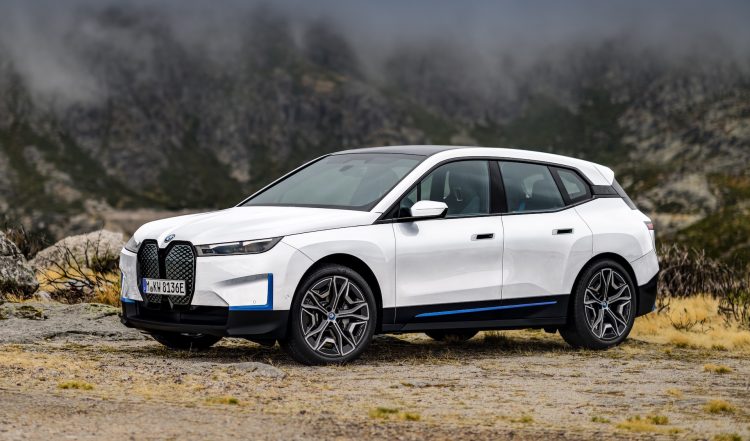 The BMW iX, initially revealed in November, is the first vehicle to be based on BMW’s all-new electric vehicle architecture. The platform will underpin a range of vehicles in the future, and comprises of aluminium and carbon fibre. For the iX, BMW Australia confirms the local market will receive both the xDrive40 and xDrive50 variants, which have just been confirmed overseas.

Both versions feature two electric motors, including one for the front axle and one for the rear. The xDrive40 receives power from a 70kWh battery while the 50 gets a 100kWh package. Peak power in the xDrive40 is “more than” 240kW, and more than 370kW in the xDrive50. 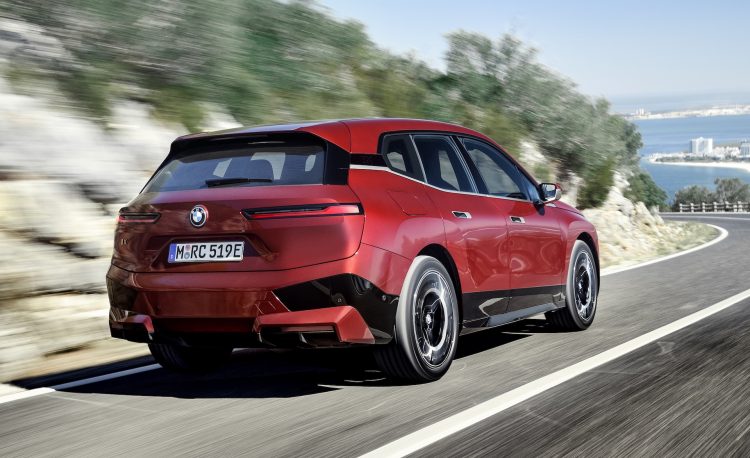 Off the mark the SUVs are very quick, with 0-100km/h set to come up in 6.0 seconds for the entry model and 5.0 seconds for the flagship. Meanwhile the range is 400km for the 40 and 600km in the 50 (WLTP projections). Frank Weber, board member at BMW, says the iX will set new industry standards in technology, saying:

“The iX has more computing power for data processing and more powerful sensor technology than the newest vehicles in our current line-up, is 5G-capable, will be given new and improved automated driving and parking functions and uses the high-performing fifth generation of our electric drive system.” 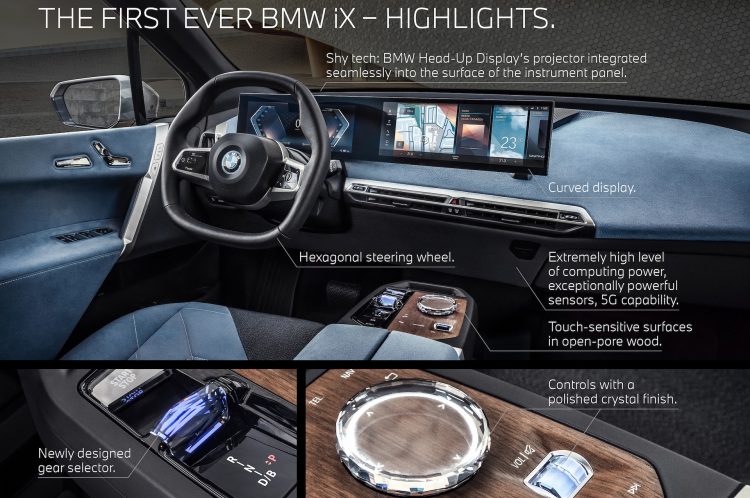 BMW says it obtains the cobalt and lithium requirements for the production of the iX through controlled sources, including here in Australia and Morocco. These materials are then supplied to the battery cell manufacturers at BMW’s Dingolfing plant, who produce the batteries using exclusively green power from certified sources.

Even parts of the interior are made in environmentally-conscious ways. For example, some of the raw materials used to produce the floor coverings are made with recovered and recycled fishing nets. The electric motors are also designed to be produced without the use of rare earths. 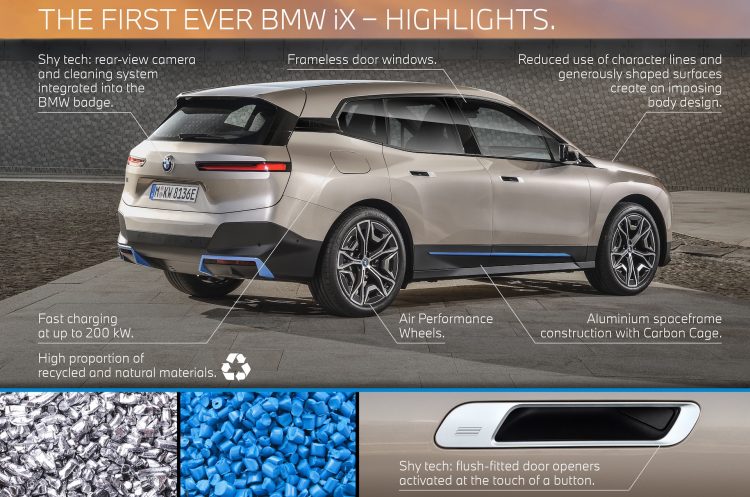 BMW says the iX will lead the way for its future vehicles, redefining sustainability, driving pleasure and what it means to be premium. It also says this pioneering character is reflected in the vehicle’s design, which portrays a technologically complex package which is also very clear and uncomplicated to drive and live with.

The first local deliveries for the iX in Australia are scheduled to commence during the fourth quarter of this year, with prices and final local specs to be confirmed closer to launch.