It’s official, the 2012 Ford Falcon EcoBoost FG MkII is now on sale in Australia. The new 2.0-litre turbo four-cylinder is available in the XT, G6, and G6E at no extra cost over the current six-cylinder models. 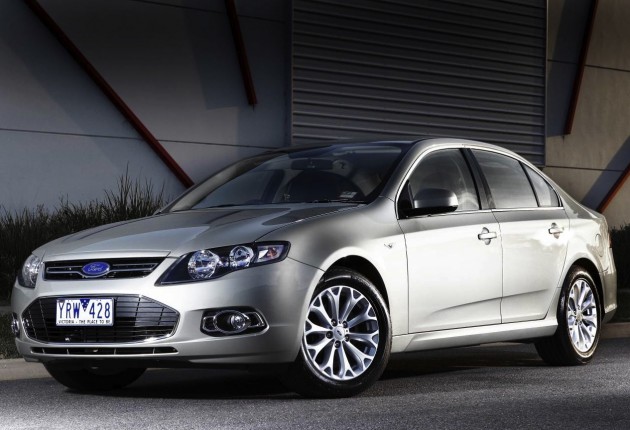 This is the first ever four-cylinder Falcon to be released. The engine is based on the new international 2.0-litre EcoBoost TGDi turbo four-cylinder, featuring direct injection. In the Falcon, it produces 179kW of power at 5500rpm and 353Nm of torque at just 2000rpm.

It may be down on power by 16kW over the six-cylinder, however, fuel economy outshines here. The EcoBoost FG MkII comes with a combined fuel consumption rating of 8.1L/100km in the XT, and 8.5L/100km in the G6 and G6E. This is compared with the standard XT six-cylinder rating of 9.9L/100km (according to the Green Vehicle Guide government website). 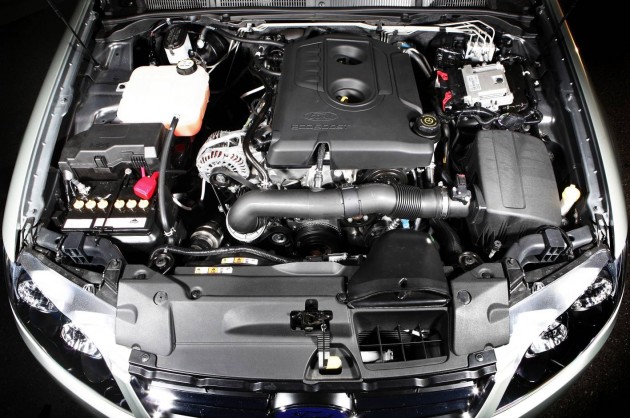 The engine features a relatively high compression ratio of 9.3:1 for a turbo layout, and is fitted with variable valve timing on the inlet and exhaust cams. The unit is Euro 4 emissions certified, and Euro 5 “capable”.