If you’re in the market for a balls-out performance utility, the 2012 FPV GS Ute FG MKII is about as kick-ass as they come. With 315kW and 545Nm from its 5.0-litre supercharged V8, you just know it’s going to be a good thing. 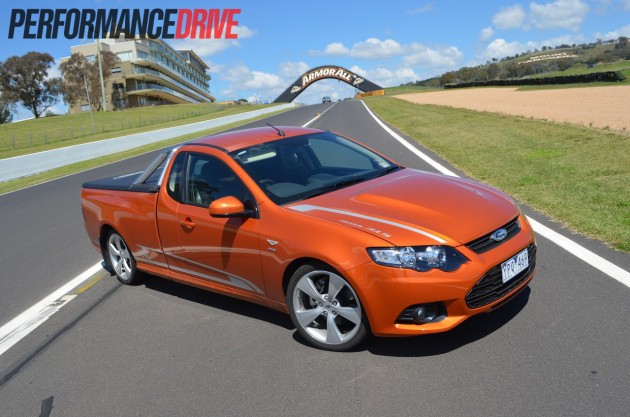 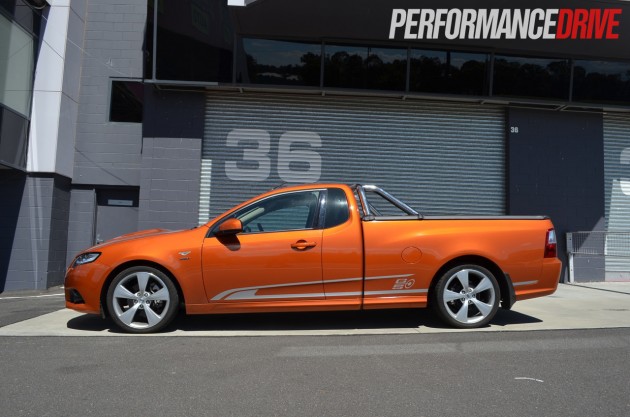 We recently tested some of FPV’s finest models, the FPV GT FG MKII and FPV F6 FG MKII sedan, so it was time to get behind the wheel of a powerful FPV Ute to test out for you. Especially as this is Australia; the inventor of the ute.

If you head out into the country, you’ll see performance utes just about everywhere. The same goes for suburban worksites; cashed-up tradies wouldn’t be seen in anything else. After all, there’s nothing like having a car that’s useful during the week, and a hoot to drive on the weekend. 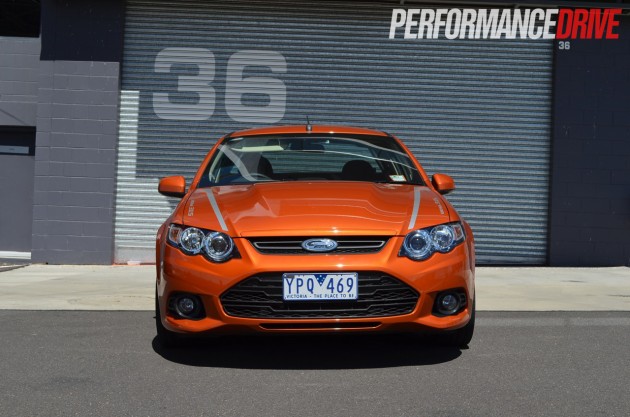 Not only is the FPV GS a useful sports utility, it’s also cheapest vehicle in the FPV stable. Priced at $52,990 for the six-speed manual and six-speed auto, it presents an affordable performance car with an engine that has plenty more to give in terms of power; tuners all around this big red country of ours have seen in excess of 350kW at the wheels from simple modifications such as an ECU tune, intake and exhaust tweaks.

The engine is the US-sourced 5.0-litre V8 that first came to light in the 2010 Ford Mustang. However, before it was introduced into the Australian market, the engine was fine-tuned for Australian conditions at FPV’s engine plant in Victoria. This is also where the FPV team introduced a little extra help via a top-mount Harrop supercharger, and a 75mm electronic throttle body.

The end result is a very healthy 315kW and 545Nm of road-ripping grunt. The engine is almost the same unit found in the FPV GT (335kW), except the pulley on the GS’s supercharger is larger in diametre to reduce boost. The GS is detuned a touch in other words.

The Harrop TVS supercharger features 1.9L per revolution displacement, and a torsional decoupler in the supercharger drive shaft to keep vibration minimal. They say nothing replaces displacement… Harrop tends to disagree. 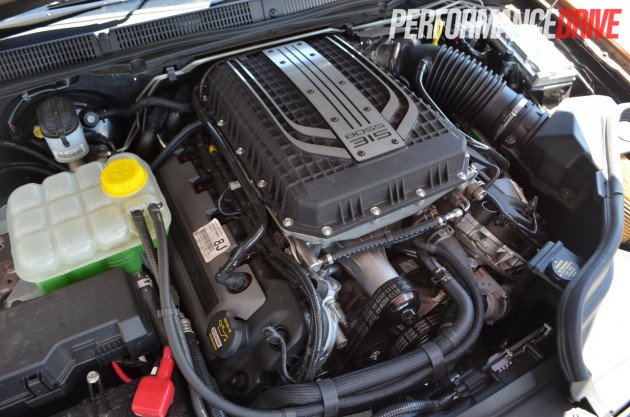 Inside the FG GS is both airy and cosy. Though it is only a two-seater, there’s loads of leg room if you slide the seats back. The handsome styling of the FG’s dashboard and centre console make the Ute feel as conservative as its Falcon brothers. There are some fake carbon fibre trimmings, but they look a bit cheap and won’t suit everyone.

Being a Falcon, you know the seats are going to be super comfy, and great for traveling long-distance. The driver is treated to a four-way power adjustable seat. They’re easy to flop into, yet still have enough side support to keep you in place. The cloth material appears to be hard-wearing too, yet soft to touch. Some GS insignia stitched into the backrests certainly wouldn’t look out of place, as they do look a little bare, however, it would be too flamboyant for the GS heritage.

Alloy pedals, a leather steering wheel, a 260km/h speedo, and GS make-number plaque help make the GS feel more unique than your everyday Falcon Ute. As does the FPV logo on the soft tonneau cover. 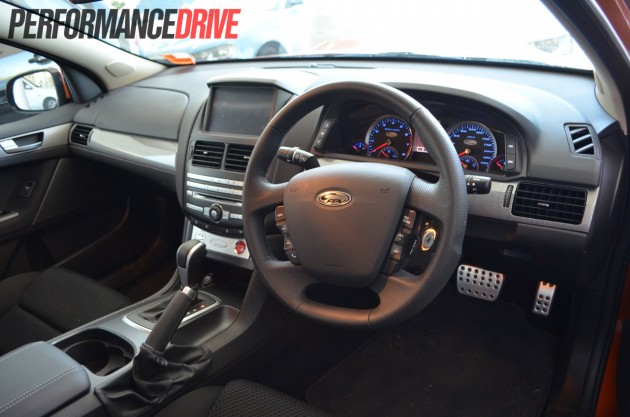 New to all of the FG MKII range is an eight-inch multimedia Interior Command Centre (ICC) LCD touch-screen. Unfortunately, Ute models don’t feature a reverse camera like you get in the sedan. The new eight-inch interface replaces the old Human Machine Interface (HMI) screen, and is very easy to navigate, with a display that’s much easier to read.

Being the Ute variant, you don’t get a 199-speaker stereo. Instead what you get is four speakers that manage to push out quite an impressive sound. Connecting your Steve Jobs gizmos (Apple products) and other music devices can be made via USB, aux-in, or Bluetooth. Once connected, the new eight-inch interface makes it easy to flick through songs, and artists lists. 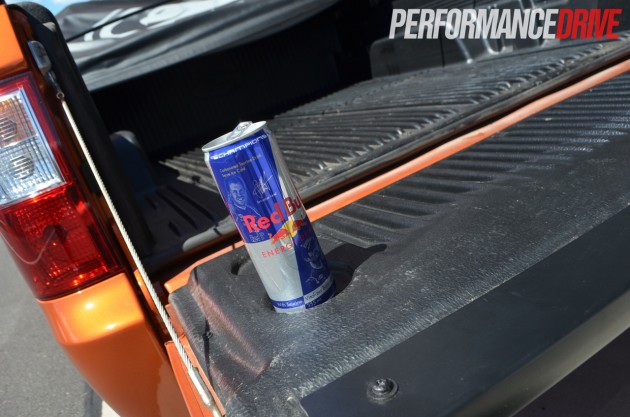 The 540kg load capacity tray comes in mighty handy as does the fully integrated bedliner as standard to save your tray from scuffs and damage. The Styleside Box tray has a load length of 1843mm, a cargo depth of 442mm, and a tailgate opening width of 1356mm with 1173mm of space between the wheelhouse. It’s all flat and ready to take your motorbike or work gear.

The flush-fit soft soft tonneau cover is a easy to use, you just have to double check the sides are clipped in properly or it’ll undo itself as you drive along and flap in the wind.

Though it mightn’t look like much, there’s 235-litres of storage space behind the front seats. It’s more than enough for a weekend carry bag, some work boots, and random bits of sports equipment.

First glance at the FPV GS might have you mistaking it for an XR8 Ute. Given the XR8’s demise in 2010, that’s obviously not possible. FPV has decided to stick with true GS tradition and keep its looks as close as possible to the regular Ford Falcon, with a hint of flare.

The GS is fitted with 19-inch wheels, projector headlamps, side skirts, and sporty front and rear bumpers. As a package, everything blends together to make the GS look like a proper sports utility, without looking over-the-top. It is however almost too good looking to throw toolboxes and bags of cement in the back. But given there’s that tough-as-nails fully integrated bedliner, you’ll be hard pressed to scratch up the inside of it anyway. 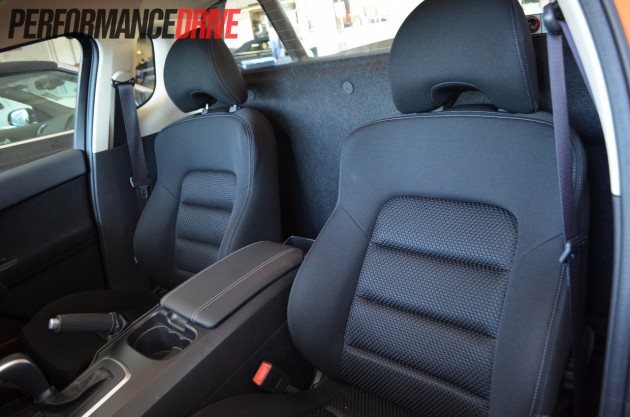 It’s common knowledge that V8 engines are known for having loads of available torque. This is the case with the GS; there’s never a let up of its go-forward ability. Power delivery is very linear, too. It’s not like the turbocharged FPV F6, where you wait for the turbo to kick in, rather, the supercharger pushes boost into the engine instantly, and off you go. The second you punch the throttle, the V8 exhaust note from its stainless-steel dual outlet system, coupled with the supercharger whine, is loud enough to let people know this ain’t no regular workhorse. It’s not quite as loud as the cracking GT exhaust though.

The ZF six-speed auto and ‘Coyote’ engine go together like peas and carrots. With so much torque on offer (545Nm), it’s fun to just plant your foot and watch the speedo spin into orbit as it shifts up gear after gear. Gear shifts can be made manually by slotting the gear lever into Sport or left to self-shift in Drive. If you just push the lever into Sport and don’t shift manually, it’ll hold gears longer and adapt to your driving style; it’s not flawless or super-intuitive, but it does a good job. If you leave it in Drive gears are selected earlier with fuel economy in mind. 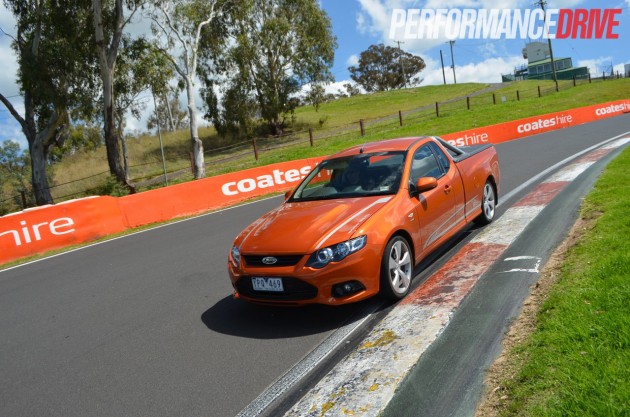 During our long road test, there was some serious gear change indecisiveness as the GS would climb up long hills. It would kick down, then change up, then kick down, and then change up again, and all while we kept the accelerator pedal in exactly the same spot (this could be subject to our test model needing a service or something). Other than that, gear changes from the ZF gearbox are reasonably fast, and most of the time it makes good decisions in regards to how much speed you’ve commanded and/or road conditions.

Around town all you need is a dab of the throttle and you’re up to speed. Out on the open road, flatten the throttle and you’ll either paint two-black marks down the road, or you’ll shoot to 100km/h in 5.3 seconds. Either way, the constant supercharger whine when on full song will always keep you amused.

Highway overtaking is something of a fortay for the GS, which is always convenient; who wants to spend more time than they have to on the wrong side of the road? Just indicate (look first obviously – no risk taking!), punch it, count to two or three whilst pleasuring your ears with 315kW of supercharged V8 noise, and slot back into your lane. Easy done. 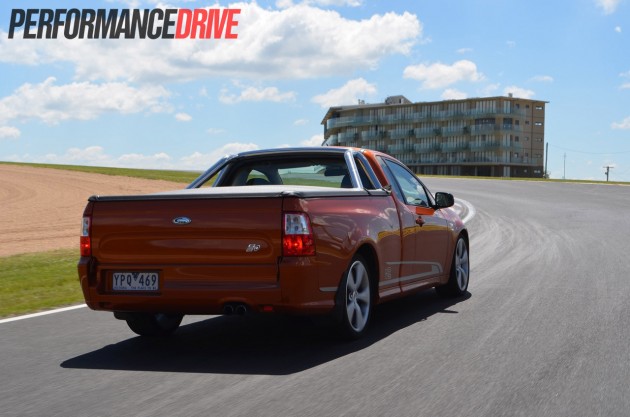 As for its handling capabilities, the GS Ute features ‘FPV’ performance independent double wishbone suspension up front, and leaf springs in the rear. Enter a bend and the 1792kg utility tips in well, but does feel a touch heavy in the front. Too much accelerator too soon and you’ll be looking out the side window, putting the limited-slip diff into tyre-frying mode.

If you get it right, the GS manages to stay on track quite well. Mid corner bumps can unsettle the rear and push the front a touch wide, but it’s nothing that’ll send you spiraling out of control… we hope. Feedback through the steering wheel is good, and communicates well when pushed hard – this also makes for easily controlled power slides.

Jumping on the 322mm front rotors is as dependable as you’d expect, but after spending time the FPV F6 (which is equipped with Brembo units) the GS’s brakes lack the bite and feel that’s so important when wiping speed off in a 300kW-plus vehicle. Credit to Ford though, they do pull up time and time again, with no fade whatsoever. They just lacked the feel of the F6’s Brembo stoppers. It would be nice to see Brembos as an option for the GS.

As far as tough Aussie utes go, its only real competitor is the HSV Maloo, and the FPV F6 from its own stable. The GS MKII mightn’t look as flashy as either of those, with its ‘XR’ styling cues, but think of it as a wolf in sheep’s clothing.

In terms of its aftermarket tuning potential, it has lots, and then some. It’s also the cheapest way to get your hands on a new car with the Coyote engine. Enough said. 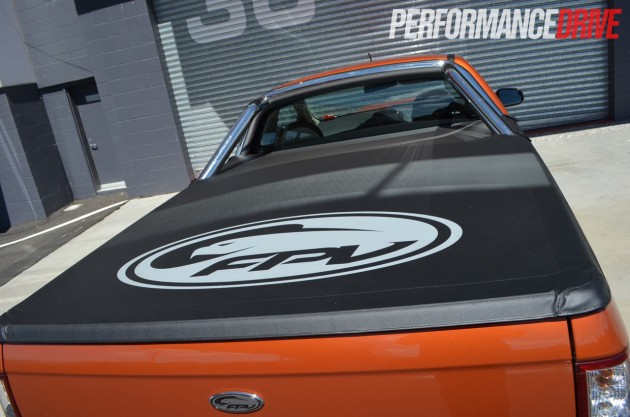 HSV Maloo E3 – 6.2-litre V8, 317kW/550Nm – 1796kg – $66,990 (auto)
HSV’s have been a hit with tradies alike ever since the Maloo was spawned in 1990. The latest version looks flashier than ever, and has an extremely gutsy LS3 engine. There’s a rawness to the Maloo that just makes your ears, and nerves, tingle. The VE Ute chassis is also the only ute to feature independent rear suspension.

FPV F6 FG MKII – 4.0-litre turbo six-cylinder, 310kW/565Nm – 1762kg – $55,990
The fastest utility to ever wear the FPV badge. The F6 is one of our favourite cars here at PerformanceDrive. It features a brutally powerful turbo six, and looks hotter than a woman on her wedding night. Aftermarket performance options are aplenty, too. Hello 400 rear-wheel kW… 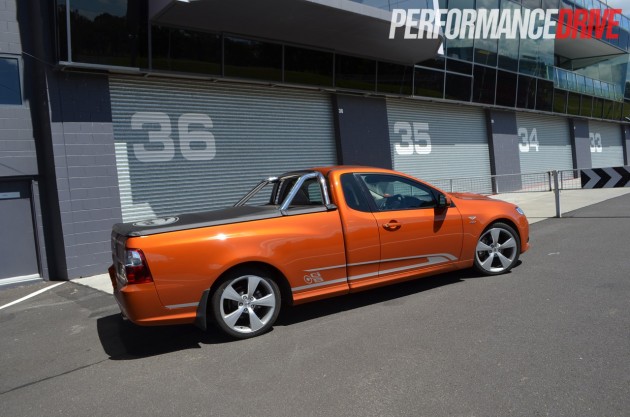 Automotive giant Ford has confirmed it is ditching a previously-announced plan to jointly develop a series of new electric vehicles...