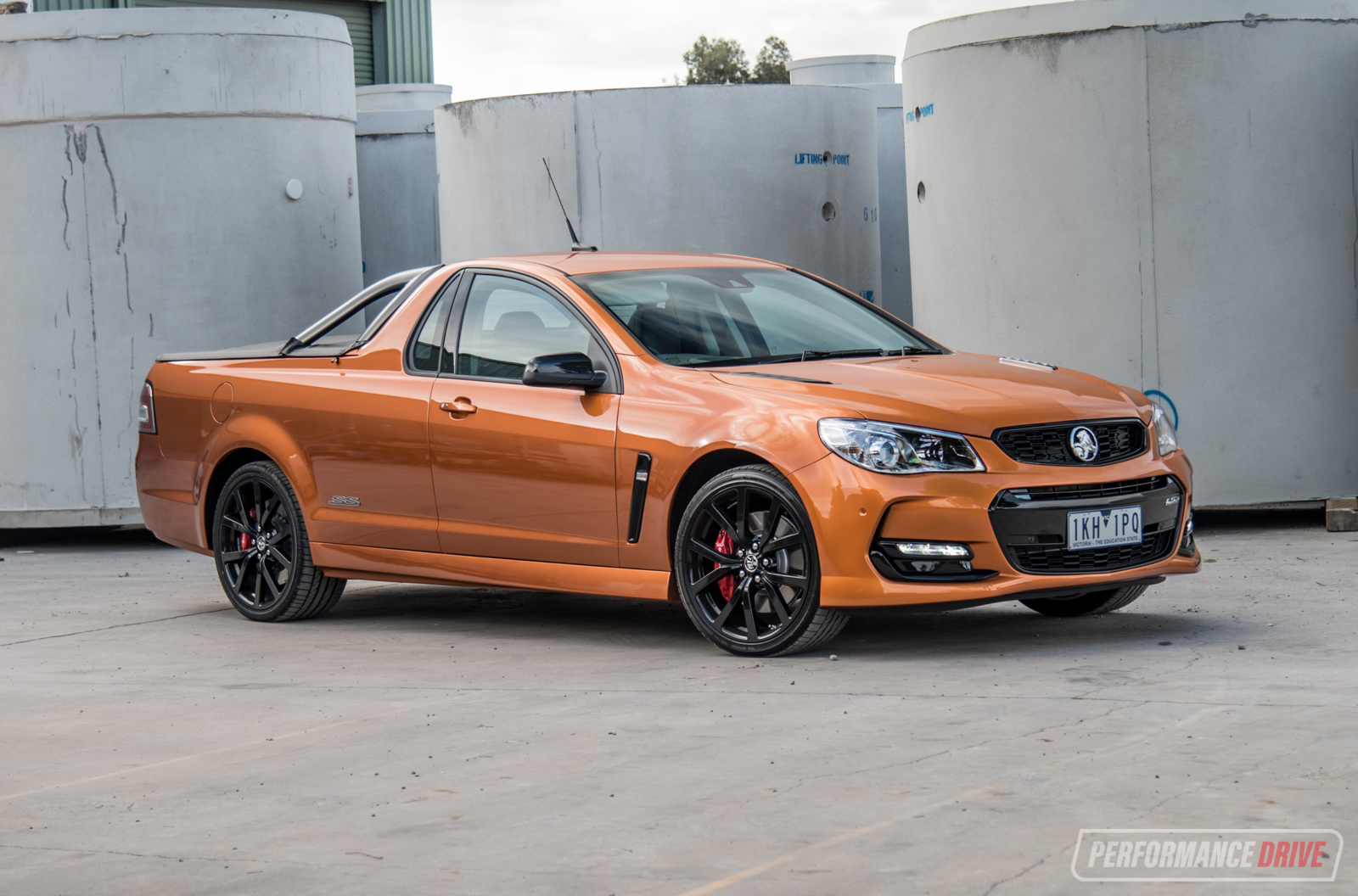 The 2017 Holden Commodore SS V Redline Ute is a significant car for many unfortunate reasons. It is the full stop on a story that began 83 years ago with the first ute, and 69 years ago with Holden’s first. 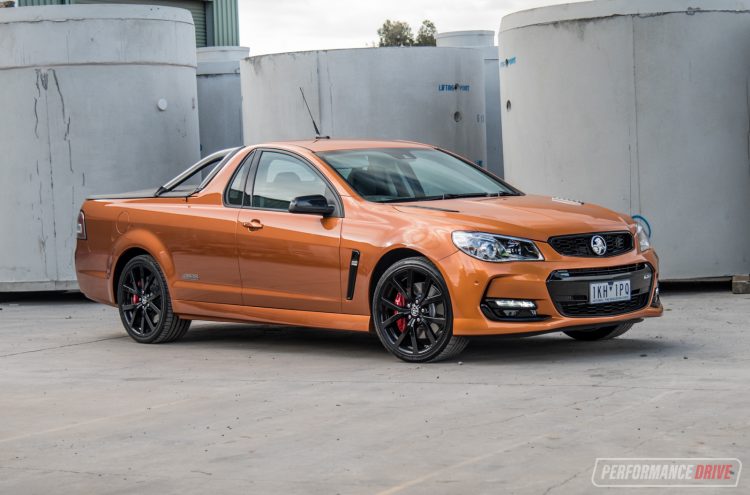 There are plenty of strong emotions surrounding Holden’s decision to stop making cars in Australia, and justifiably so, in our view, but we must nevertheless determine how it stacks up against every objective measure for the modern buyer.

Utes of this style have long since been overtaken by Thai-made double-cab pickups such as HiLux, Ranger and Colorado. Dual-cab 4x4s, in particular, are now aspirational, since they have become more civilised and luxurious.

As it nears extinction, is the V8 Aussie ute still relevant? Or is it just a show pony? 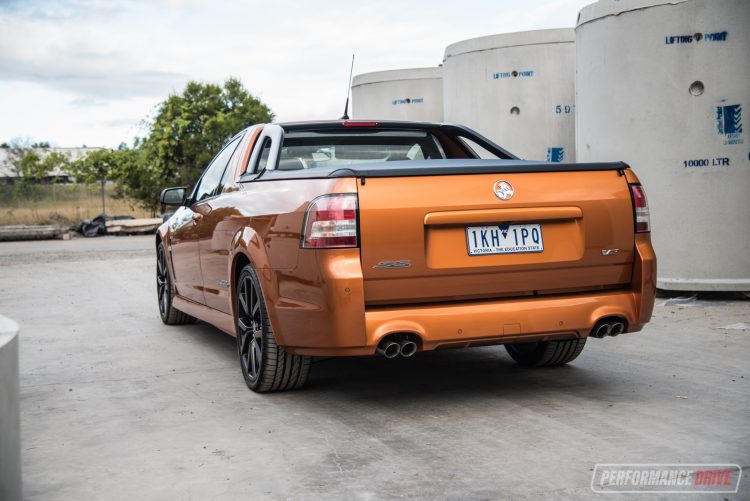 Our test car is painted in shouty ‘Light My Fire’ gold, which highlights the muscular yet sophisticated VFII styling, which to our eyes has aged incredibly well. The monocoque body ute is 5081mm long, 1898mm wide, 1494mm tall and has a long wheelbase of 3009mm.

Unlike other pickups, it has independent rear suspension and an integrated tray. As a result, its 630kg payload pales compared to the average one-tonner. The base model Evoke V6 ute is closer to 900kg if that is a priority. The trade-off for this independent rear is superior road manners, ride and handling, particularly with the SS V’s hardcore FE3 setup. A maximum tow rating of 1600kg is substantially below the ilk of Colorado, which average near the ADR limited 3500kg.

Nevertheless, its tray is longer than the average dual-cab and it surprisingly proves quite a handy tool for moving house, as was the case for this writer. It can move all manner of appliances and furniture with ease, with only a king-size bed proving too much for it. Suffice to say, we’re impressed.

The cabin is standard SS V fare, meaning quiet, comfy but well-bolstered seats, a user-friendly layout and good build quality. Dual-zone climate control is easy to operate, and Holden’s MyLink system is mostly good, with navigation that adjusts your route according to traffic, but is not as sharp as some newer car systems, and it lacks Apple CarPlay/Android Auto. 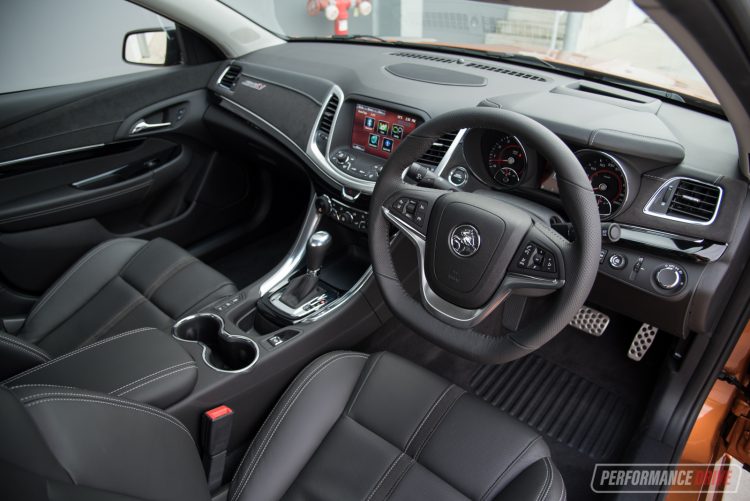 The centrepiece is the 6.2-litre LS3 V8, that barks out 304kW and 570Nm. Recent exhaust revisions give it a more guttural burble with cracks and pops. It can be teamed with either a six-speed manual or auto and the same drivetrain can be had in the $43,990 SS manual, but without the sharper chassis, 19s, sports bar and extra equipment. 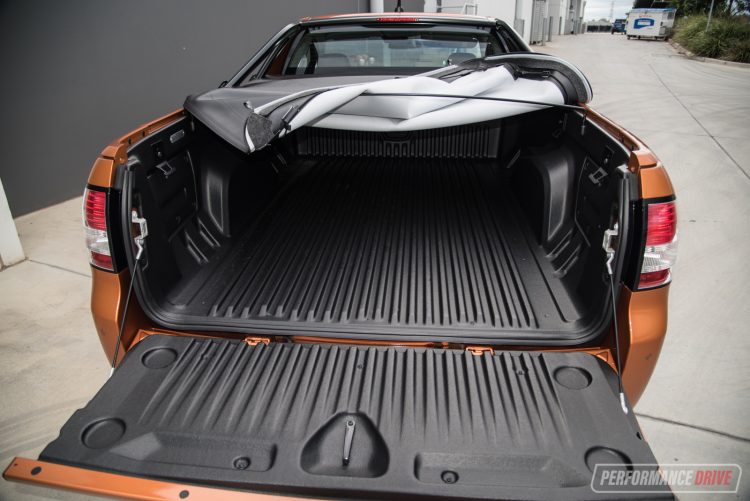 The SS V ute is a wide, large car and can feel it at times in car parks, but reasonable visibility and not-too-heavy steering, plus the moving guidelines on the reverse camera are very helpful.

Its weight of 1720kg is rather substantial, but the mass is concentrated towards the centre of the car, for superior handling and manoeuvrability. Steering is meaty but offers great feedback for an electrically-powered setup.

The extra tautness of the SS V’s suspension is appreciated when dealing with the almighty and instant thrust of the engine, which can sprint to 100km/h in 5.29 with a quarter mile time of 13.73 as tested. With different weight distribution to the sedan, the unladen ute definitely wants to wag its tail but keeping the stability control on keeps it well-behaved and friendly.

The noise is intoxicating and it’s nice to have such deep reserves of power for effortless driving and cruising. Despite the firmest suspension setting in the range, ride is taut, but forgiving and pliant – a real testament to our local suspension engineers for managing this trade-off.

Economy is officially rated at 12.9L/100km and we managed an average of 14.4L/100km, which is thirsty but not too bad for a powerful V8. On the freeway, where it sits well below 2000rpm, it comfortably achieves 9s, while stop-start city driving drives the numbers up into the high teens. 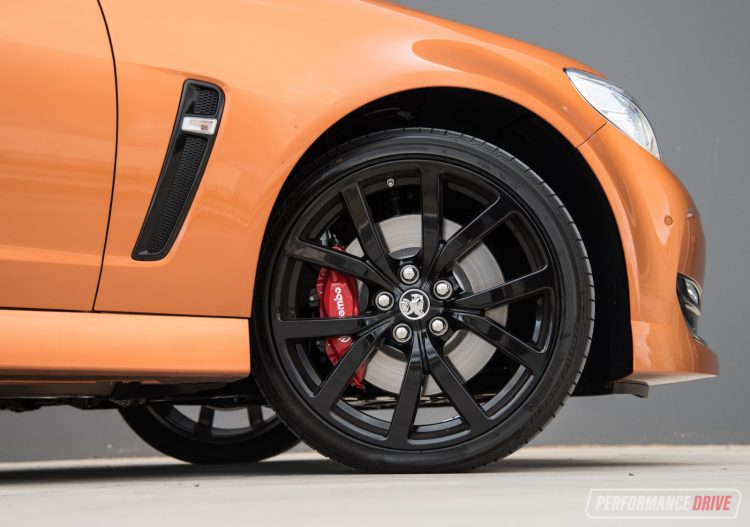 The SS V Redline Ute proves to be genuinely useful as a ute, exhilarating to drive in terms of the way it feels as well as sounds. Although it doesn’t tow as much or accommodate as many people as a dual-cab, it is the most practical sports car money can buy at this price.

It’s still a safe and modern car, with up-to-the-minute active safety features and interior tech. In no way does it feel like an anachronism ready to be put out to pasture. This is your last chance to buy a piece of iconic Australiana, with no significant drawbacks.

Except for the extremely unlikely event that another local car maker emerges to continue the ute legacy, this is it. Its discontinuation in October is a decision Holden obviously had to make, so we won’t get bogged down in sentimentality, even though it is a shame when there is still a market for the car.

We really wish it was sticking around and doubt Holden will be able to successfully infuse the next-generation, imported Commodore with the same level of emotional appeal and Aussie charm. We hope to be proven wrong here, however. Nevertheless, thank you Holden for giving us several decades of awesome Aussie utes. 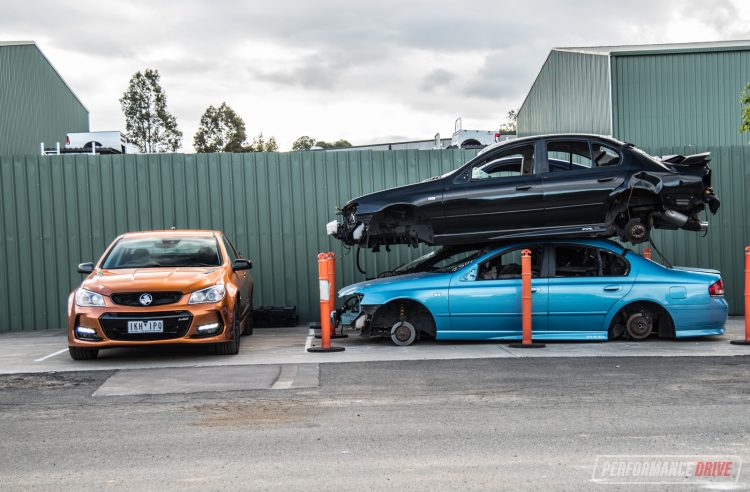 CONS:
– Fuel consumption is a tad on the high side
– Rearward visibility isn’t the best
– No autonomous emergency braking
– No smartphone mirroring
– Production ends soon 🙁