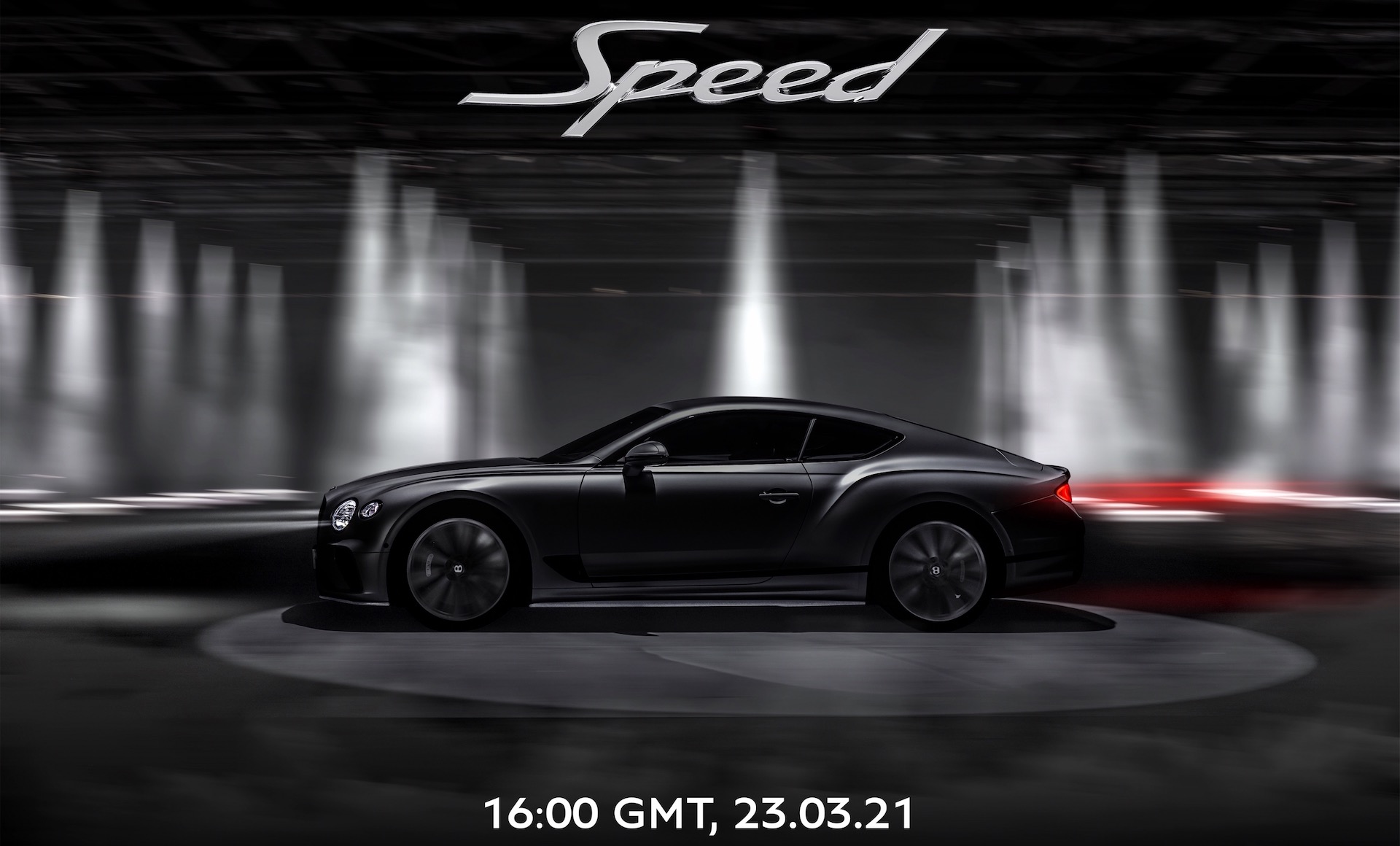 Bentley is preparing to unveil the third-generation, 2021 Bentley Continental GT Speed later this month and has sent out a teaser to stir the excitement. 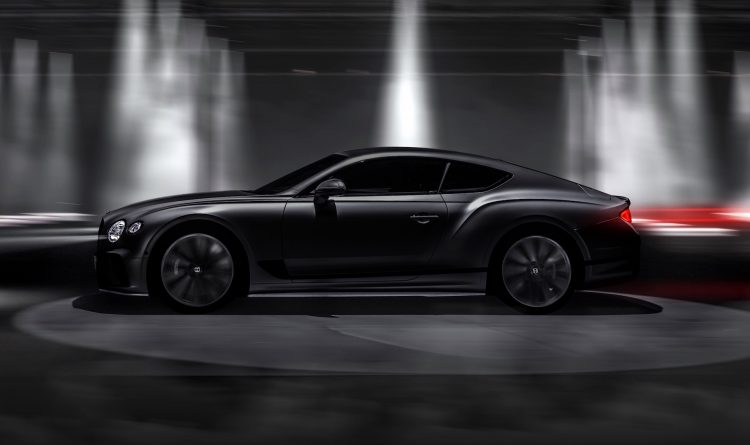 It’s being described as the “most dynamic road car” in Bentley’s 101-year history, promising to be the most capable, performance-focused model ever. And all without compromise to comfort or luxury. That’s a tall order, considering the extensive history of the storied British manufacturer.

We’re given a pretty decent look at the design with the teaser image, which shows a clear view of the side profile. Highlights include a neat side skirt and extended front lip spoiler, as well as the fashionable black trimmings for the window and headlight surrounds, and matching rear lip spoiler.

The new variant was designed, engineered, and developed at Bentley’s carbon-neutral facility in Crewe, UK. It will showcase advanced chassis technology, which likely means things like adaptive suspension, as well as various high-performance components such as eye-popping brakes and of course a thrilling powertrain. 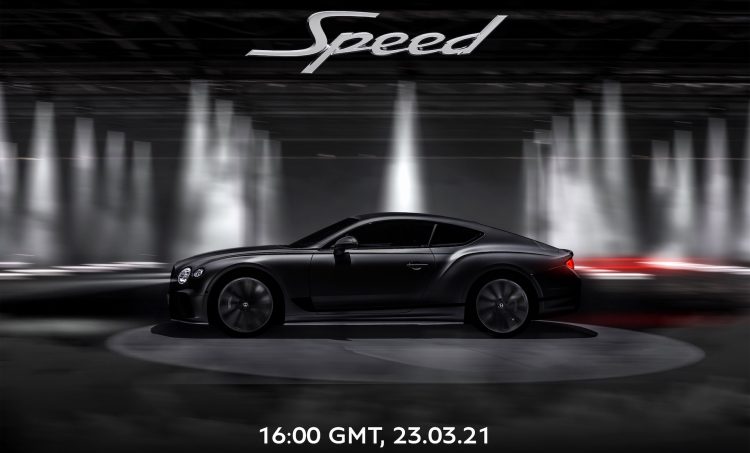 Under the bonnet of the regular Continental GT is a 6.0-litre twin-turbo W12 engine which produces 467kW and 900Nm. Flat out, the big coupe is able to conquer 0-100km/h in a claimed 3.7 seconds, and offers an incredible top speed of 333km/h. And that’s not even the performance version.

For the new GT Speed we’re expecting the W12 engine to receive a boost in power, potentially to around 500kW. Revisions to the eight-speed automatic transmission calibration and all-wheel drive system are also expected. Both of these changes could see the performance figures drop to around 3.5 second and 350km/h, respectively.

All will be revealed on March 23, with market entry in Australia expected later this year. Click play below for a sample of its racy soundtrack.