Even though the new Aston Martin Vanquish has already been revealed, the British company is continuing to fine-tune the V12 exotic on the famous Nurburgring. A video has just surfaced showing a prototype of the model being put through its paces. 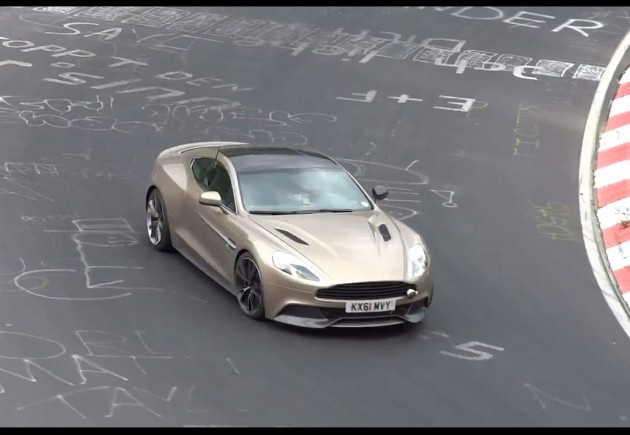 Aston Martin revealed the new Vanquish to the public at the 2012 Goodwood Festival of Speed in June, showing off fresh body styling, an exquisite interior, and a singing 5.9-litre V12 engine producing 421kW. Acceleration from 0-100km/h can be done and dusted in 4.1 seconds, while its top speed is 295km/h.

Underneath, the new Vanquish rides on a hollow-cast aluminium chassis which is 25 per cent stiffer than the DB9’s platform. A carbon fibre body also increases overall strength and cuts up to 55kg from the predecessor’s weight.

Deliveries of the new model are set to take place towards the end of this year, with Australian orders scheduled to arrive in December.

Click play on the video below to see a glimpse of the new car’s track potential, as well as sample the glorious sounds of the V12 engine.