So, what’s quicker over a mile drag race (1.6km); a spanking new Lamborghini Aventador or a Switzer Porsche 911 Turbo tuned to 699kW? DragTimes has just put together another one of its epic races to find out. 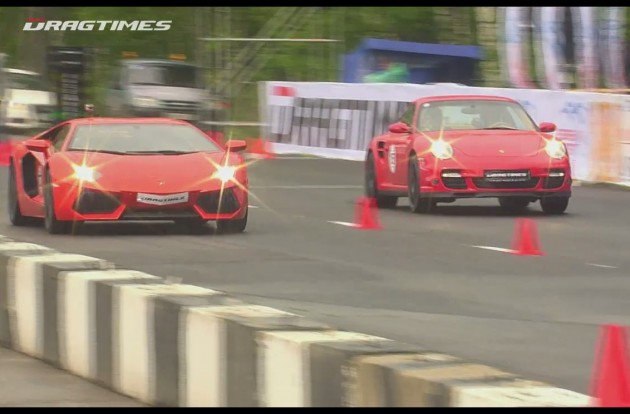 In the Italian corner, weighing in at 1575kg, the Lamborghini Aventador produces 515kW and 690Nm from its 6.5-litre naturally aspirated V12 engine. Thanks to all-wheel drive, the factory 0-100km/h time is just 2.9 seconds.

As you might have guessed, the Switzer Porsche trumped the big V12 Lambo in the long run. The Aventador did mange to get off to a better start in the wet conditions though. It also managed an 11.3-second quarter mile in the wet.

But that Porsche, what a machine. Anything that does the quarter mile in 10.8 seconds in the wet deserves praise. 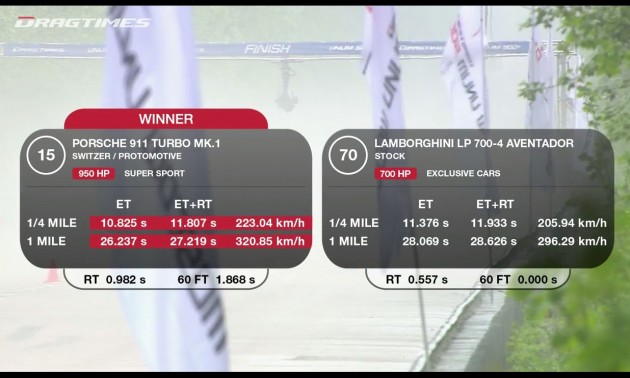