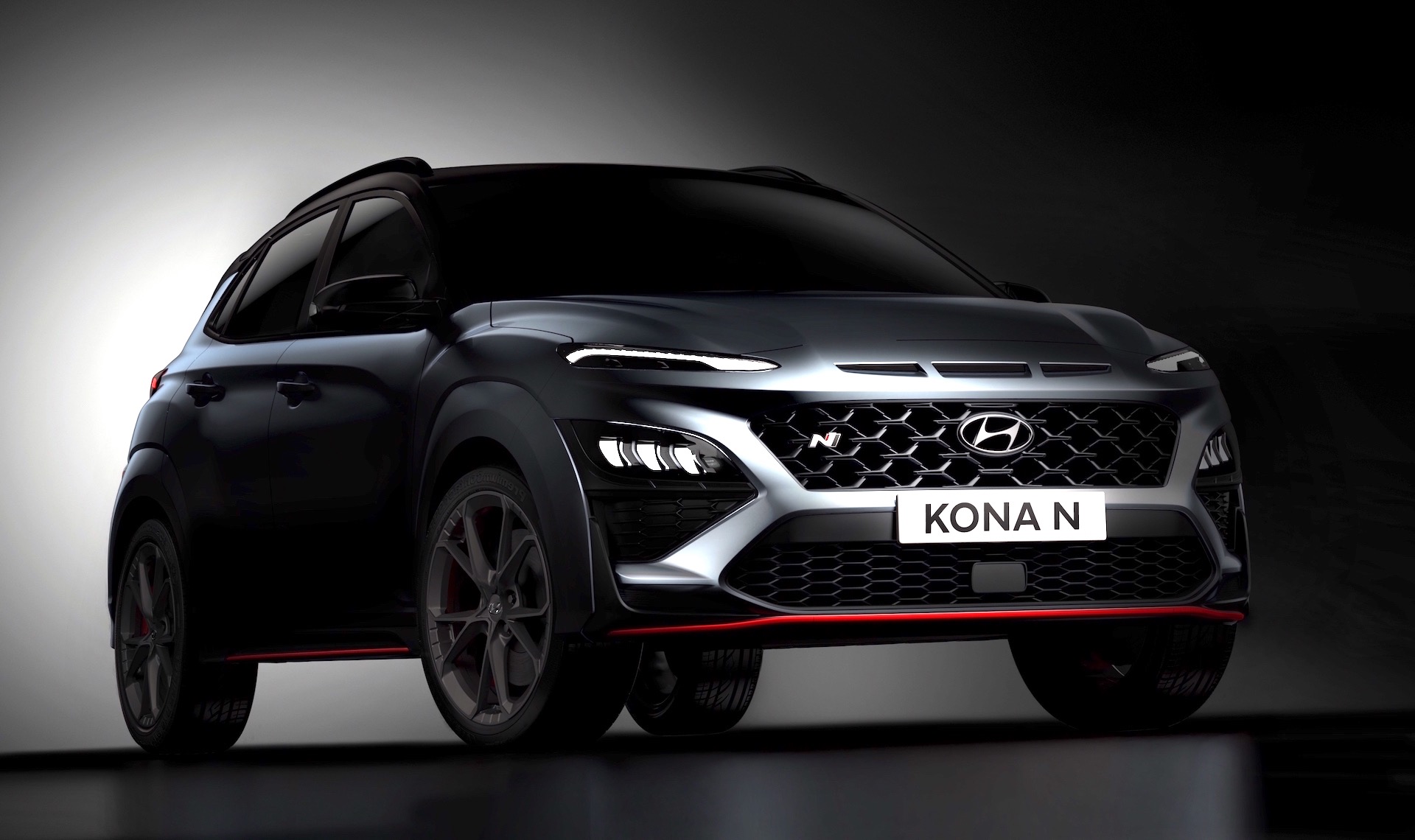 Hyundai has sent out a preview of the hot new Kona N high-performance small SUV, which has been confirmed to go on sale in Australia during the third quarter of this year. It’ll be the first proper performance SUV in its segment. 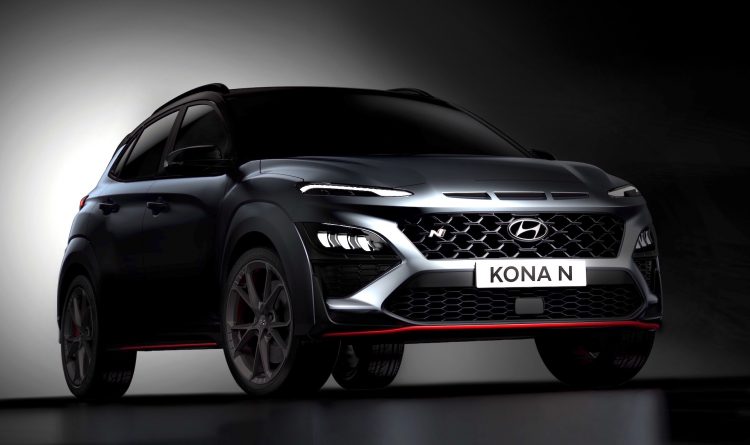 The new model will be the fourth N model to hit the scene, following the i30 N, Veloster N (not for Australia), and i20 N (coming to Australia later this year). It’s based on the facelifted Kona and, as these teasers confirm (we’ve turned the exposure levels up to reveal more), it’ll feature a unique aero kit complete with the traditional red highlights around the front and rear skirts.

Hyundai says the new model is the first SUV to be designed and developed by both the N division and Hyundai Design Centre. They concentrated on creating a package that expresses a powerful presence as well as driving fun. Things like large-bore exhaust outlets, finned rear diffuser, and big alloy wheels ensure it is unmistakably an N product.

As for the specs and mechanical details, Hyundai is yet to officially confirm. However, it is set to incorporate N division’s latest 2.0-litre turbo four-cylinder, producing around 206kW like in the facelifted i30 N. It’s set to be matched to the company’s new eight-speed wet-type dual-clutch transmission as standard. 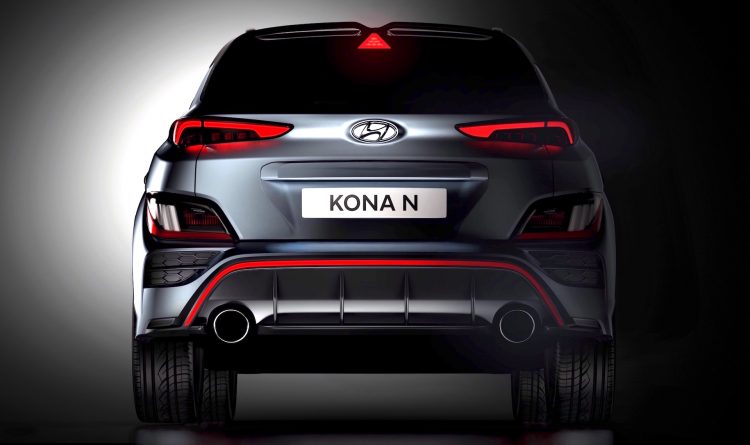 Although the Kona N Line is all-wheel drive, the Kona N is expected to be front-wheel drive like the i30 N and Veloster N. However, power is very likely to be distributed through a tight and multi-mode limited-slip differential, just like the i30 N. This will ensure optimum cornering expertise and power-to-the-ground traction.

Inside, expect special sports seats in the front with N insignia, red stitching, N pedals and gear shifter, and a special N steering wheel equipped with drive mode buttons and unique trimming. A rear bench seat with matching upholstery is also a given, while the boot space is expected to remain unchanged from the regular Kona. Although, a strut brace could be installed like on the i30 N, somewhat reducing versatility with the rear seats down.

Hyundai says more details will be released “soon”, ahead of its Australian arrival in the third quarter.