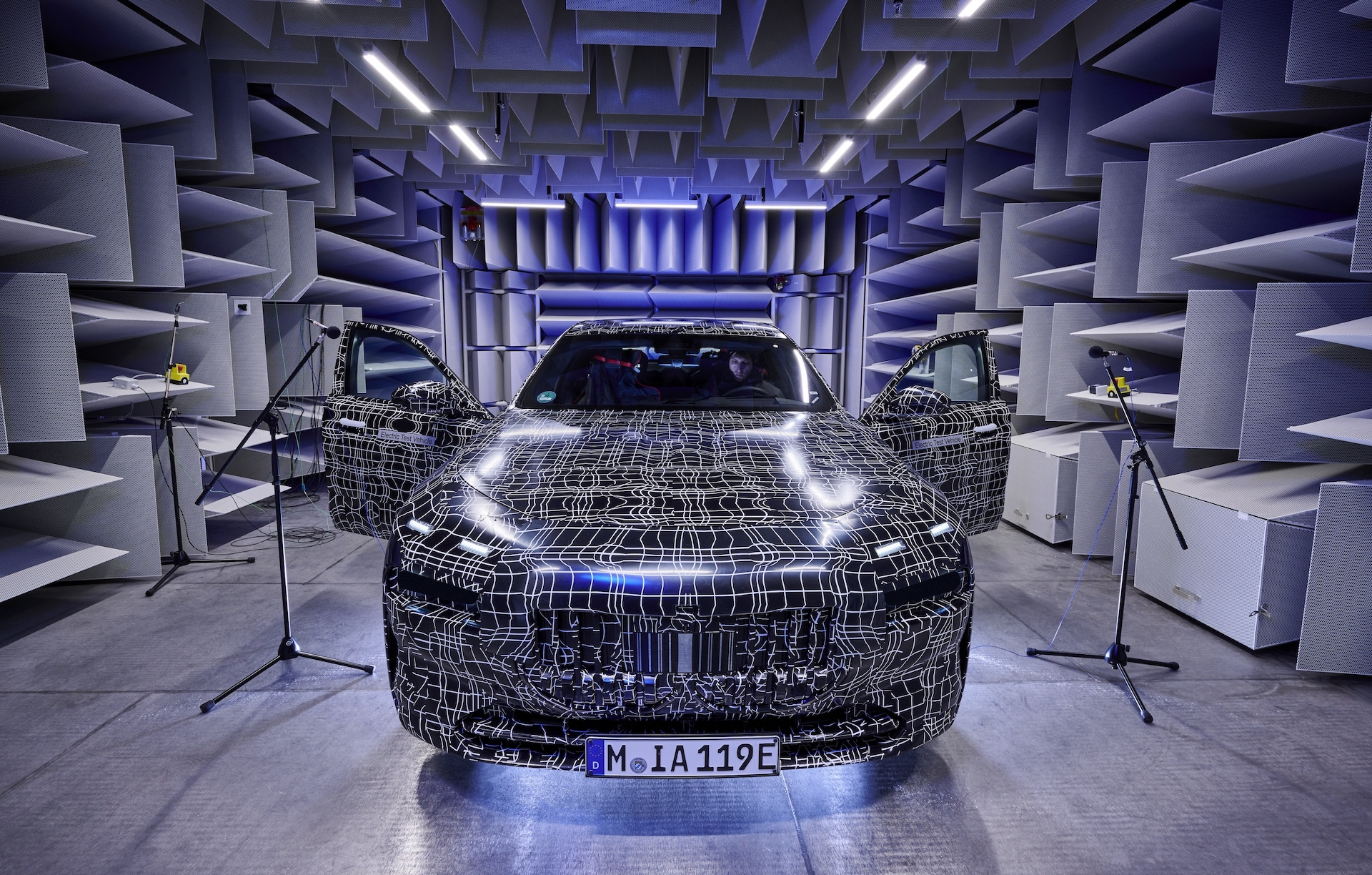 BMW is continuing development of its all-new i7 fully electric luxury sedan, and has recently finalised acoustic and electromagnetic compatibility testing in its special lab in Munich. 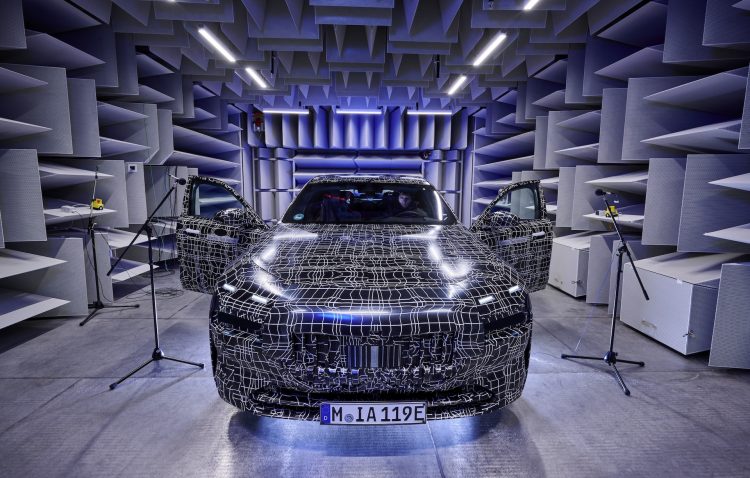 The i7 will be BMW’s sixth fully electric model, following the i3, i8, iX3, i4, and iX, but it won’t be the last. There’s also an ‘iX1’ fully electric small SUV just around the corner, and a high-performance M version of the iX expected to be called the iXM or just XM – inspired by the concept car.

For the i7, engineers are conducting final sound tests on the large sedan, including ensuring its acoustic pedestrian protection initiatives and motor sound emitters are up to scratch before the vehicle hits showrooms. BMW is even testing electromagnetic compatibility via its special EMC absorber hall. 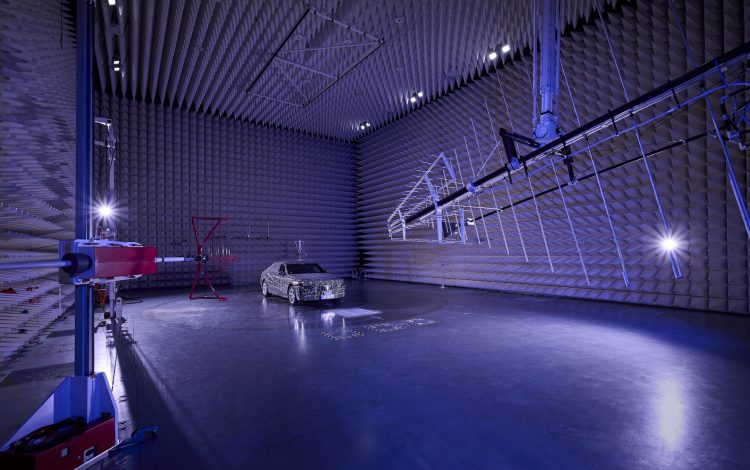 To run such tests BMW is using its new Research and Innovation Centre (FIZ) in Munich, Germany. The lab can operate as an extreme climate test bench, mimicking weather conditions around the world. Engineers test noise sources and analyse things like the air-conditioning and ventilation system in simulated climate conditions.

The lab also includes wind tunnel functionality, whereby engineers can analyse the sound of the air rushing over the body, and make adjustments to the flush-mounted door handles for example. This ‘aeroacoustic’ testing ensures the i7 will live up to the upper-luxury status the 7 Series is renowned for. Speaking about the testing, BMW said:

“Optimised noise insulation, aeroacoustics and vibration comfort: in order to ensure the best possible comfort ever realised in a BMW, the new BMW i7 is undergoing a diverse range of tests in the BMW Group’s laboratories and on its test benches. The testing programme is also designed to ensure electromagnetic compatibility.” 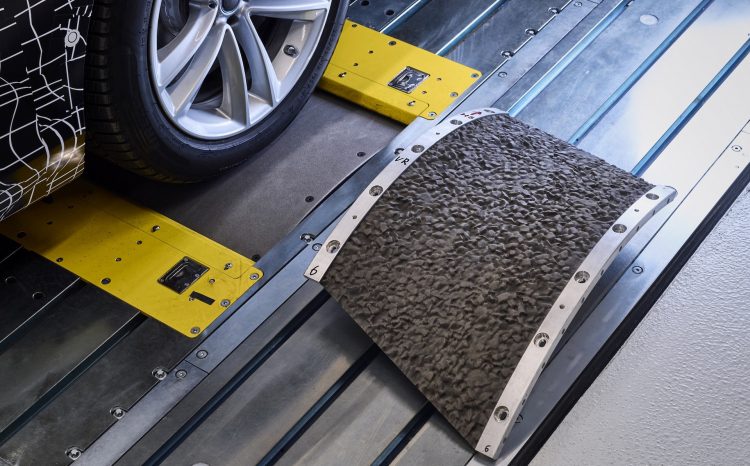 The i7 features increased body rigidity at the front to improve acoustics, while special foam absorbers inside the tyres help to optimise vibration comfort. These measures also enhance sound insulation. The ‘rolling road’ test lab can even run a coarse bitumen surface to allow engineers to replicate real-world conditions.

BMW is set to unveil the i7 very soon as market entry is scheduled to take place this year. Power will likely come from the same setup featured in the iX SUV, which maxes out with a 440kW electric motor option.