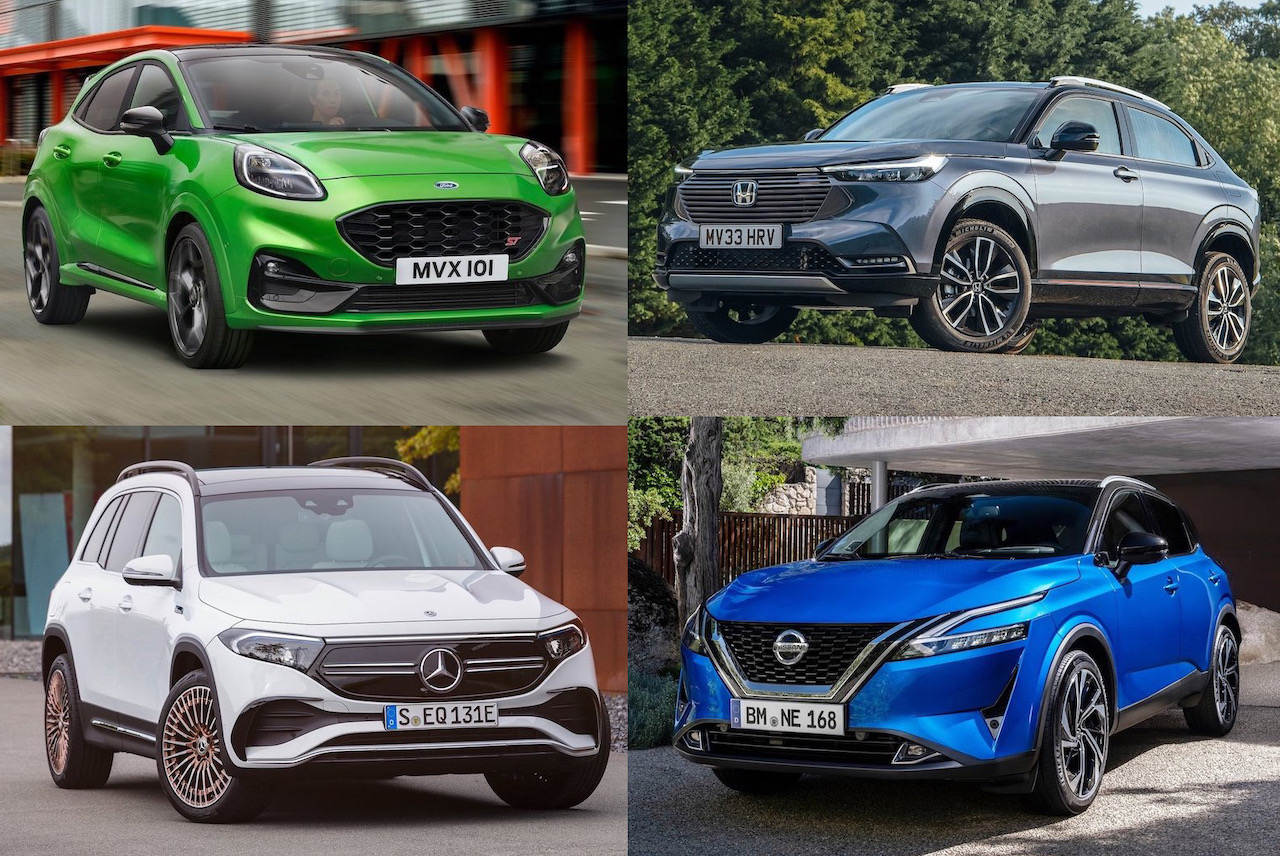 When you take a look at overall sales charts here in Australia, it’s clear to see that two very different segments are leading the way. The first of which, the worker’s favourite, the ute segment has overtaken the rest in terms of overall sales, while the small SUV segment is continuing a dominant rise from relative obscurity. The growing popularity of small SUVs is made even more interesting by the fact that not too long ago, they didn’t really exist.

Now that they’ve introduced themselves to the Australian public, small SUVs are becoming to go-to pick for new drivers, budget-concerned buyers and young families. Manufacturers are now viciously attacking each other, attempting to out-do and undercut one another to win over the hearts and minds of Australia’s car-buying public. With that in mind, let’s take a look at what 2022 holds for the hotly-contested small SUV segment.

Nissan confirmed that the all-new Qashqai is headed for Australian shores, with the addition of the company’s first-ever e-POWER hybrid variant for the range. The next-generation Qashqai is set to be the company’s lightest and most comfortable offering yet, with the new CMF-C platform offering 48 per cent added stiffness, weight reductions of 60kg, and an upgraded multi-link rear suspension system that will be more than welcomed for Australia’s rough road surfaces.

Officially, we know that the Qashqai will be launched with a 1.3-litre turbo-petrol throwing out 110kW/250Nm, and will be offered in four trim grades: ST, ST+, ST-L and Ti. Entry-level models ride on 17-inch alloys and receive LED headlights and an 8.0-inch infotainment system, while range-topping Ti variants are treated to a 10.8-inch head-up display, 12.3-inch digital driver’s display, massaging leather seats and a 10-speaker sound system from BOSE. 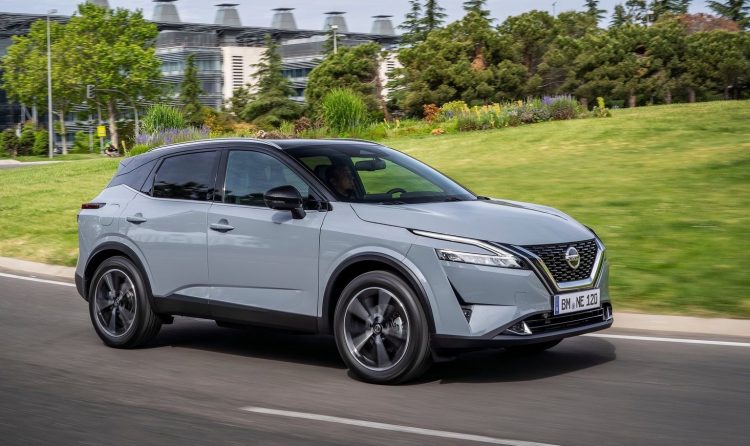 Toyota is set to expand its small SUV lineup with the upcoming Corolla Cross. While it might look like a far-cry from the current Corolla hatch and sedan, Toyota is planning on establishing a firmer foot in the market with a stylish compact SUV, featuring some sleek new design language and some elements borrowed from its larger truck range in the USA, such as the Tundra.

The Corolla Cross rides on Toyota’s TNGA-C platform, with a range of petrol and petrol-hybrid powertrains on offer, and will slide in between the Yaris Cross and RAV4, next to the C-HR, giving buyers more choice than ever before when it comes to small SUVs. Officially, it is set launch locally in the second half of this year, with more detailed prices and specs for Australia to be released closer to its release. 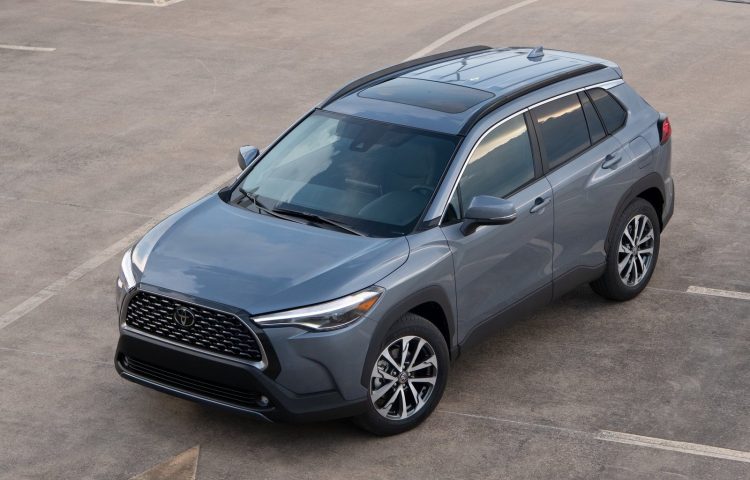 2022 will see the introduction of an all-new, radically new Honda HR-V. It will join the world of environmentally conscious vehicles with wind-tunnel inspired styling and a new hybrid powertrain joining its lineup. As you can see, the HR-V is a big departure from the design language of the current-generation HR-V, featuring a new front grille, long bonnet and sharper lines. These changes are only skin deep, though, with major changes reserved for its powertrain department coming in the form of a new two-motor e:HEV hybrid system.

The e:HEV hybrid powertrain features a dual electric motor configuration paired with a lithium-ion battery and a 1.5-litre VTEC Atkinson-cycle petrol engine, which is said to offer 96kW and 253Nm. This translates to a WLTP combined cycle figure of 5.4L/100km. A 1.5-litre petrol producing 87kW will also join the range as the entry option. The all-new Honda HR-V has hit the roads in Japan, and it is set to land in Australia during the first half. 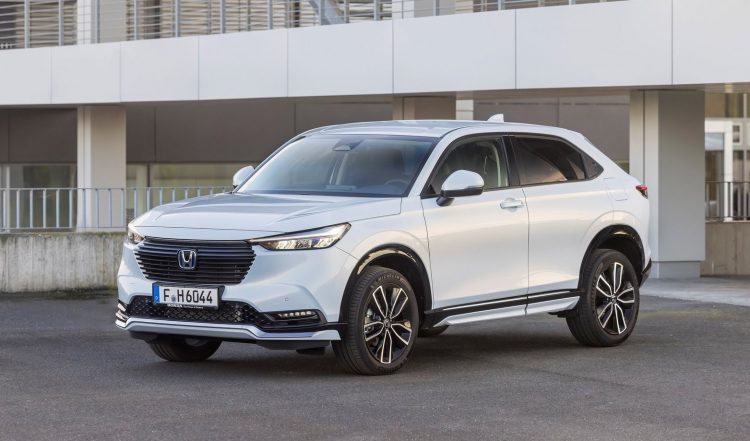 One car that has seen perhaps more of the limelight than any of the other entrants in the small SUV market is the little MG ZS. With generous features lists and eye-watering drive-away prices, many Australian buyers have found the ZS range too good to resist, with MG racking up a huge sales tally since its 2020 introduction; it was outright sales leader for the segment in 2021.

Interestingly, MG looks as though electrification will be a key pillar of the ZS’s long-term dominance in Australia, with an updated version of the existing EV including up to 350km of range. This added range comes in the form of a larger battery pack, increasing from 44.5kWh in the current-generation – that offers 263km of range – to 72kWh. It’s set to arrive some time in the latter half of this year. 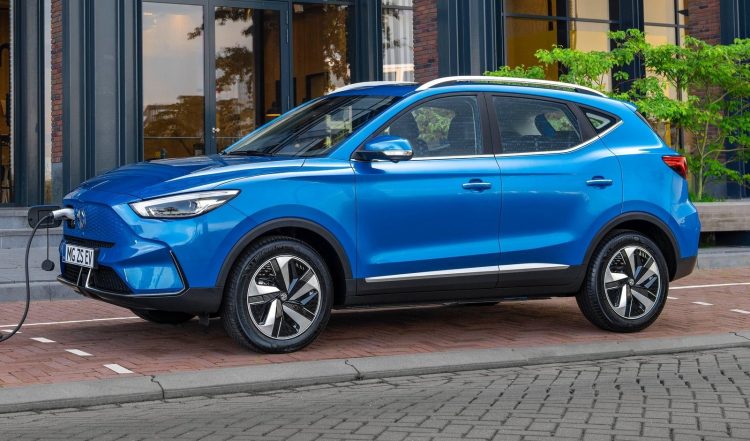 In 2021, Jaguar gave its E-Pace lineup a refresh for the calendar year, which saw some styling changes and features added to the mix. There was, sadly, one notable exception for the Australian market. While the UK, Europe and other major markets welcomed the addition of the P300e plug-in hybrid variant, Australia has been left high-and-dry when it comes to the P300e. Jaguar hasn’t officially confirmed an Australian arrival time, but it seems reasonable to speculate it will arrive soon.

In overseas markets, the Jaguar E-Pace P300e is powered by a turbocharged 1.5-litre three-cylinder paired with an electric motor, with power for the e-motor supplied by a 15kWh battery. This translates to a combined output of 224kW/540Nm, making it the most powerful E-Pace variant, while offering an electric range 54km. 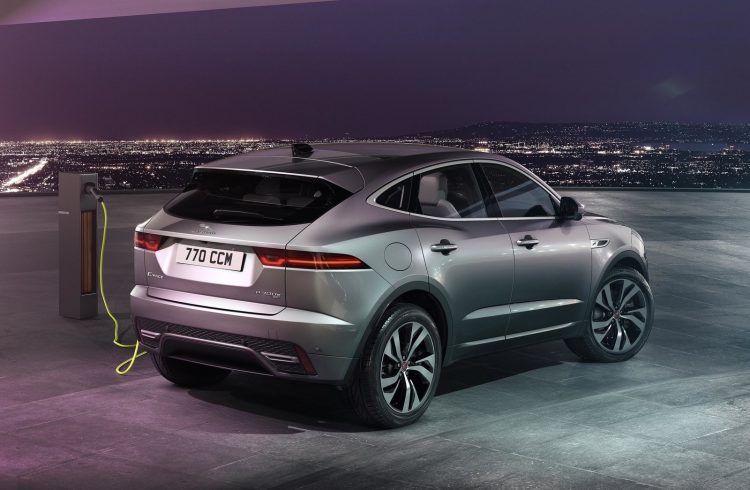 Mercedes is set to continue its all-electric offensive with the introduction of the EQB. The EQB rides on the MFA2 platform, which is a compact EV platform that will see more than a fair share of use in coming years. Mercedes has confirmed that two variants are planned, the EQB 300 and 350, with power outputs of 200kW or 215kW on offer in the Chinese-market AMG Line variant, although Mercedes yet to specify whether both will be made available here in Australia.

A full list of technical information has not yet been made available, either, although we do know that the EQB can be optioned in a front or all-wheel drive configuration, with the smallest battery capacity standing at 66.5kWh. That translates to a WLTP range figure of 419km in the EQB 350. The EQB is set to hit Australian showrooms some time in 2022. 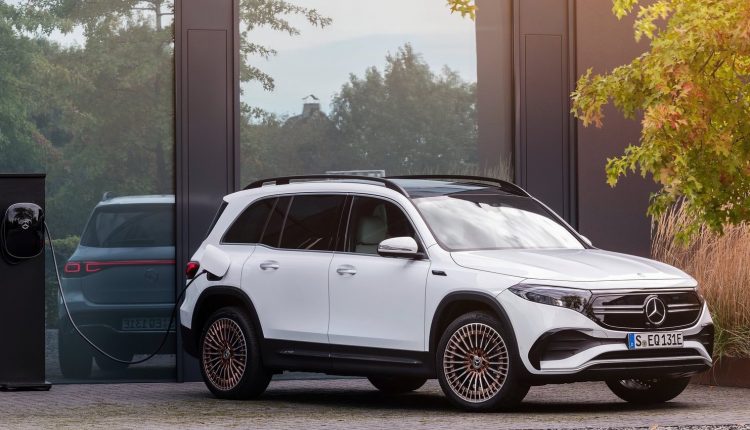 Kia has confirmed that the all-new generation Niro is on its way to Australia in the latter part of 2022, despite the current model only having been on sale here for 18 months. This is due to the fact that, while time in the Australian market is in its infancy, the Niro has actually been available in other markets like Europe since 2017.

Rather than adopt the all-new E-GMP platform that Kia has used for the all-new EV6, the Niro rides on an updated version of the same platform that will remain accommodating for petrol, hybrid and pure electric variants. Kia is yet to confirm which Niro variants we’ll see here in Australia, but in terms of the EV lineup, the replacement is likely to continue with its 150kW/395Nm setup, while the 455km WLTP-certified range figure might increase. More details, prices and specifications are set to be released by Kia in the lead up to its Q3 2022 arrival. 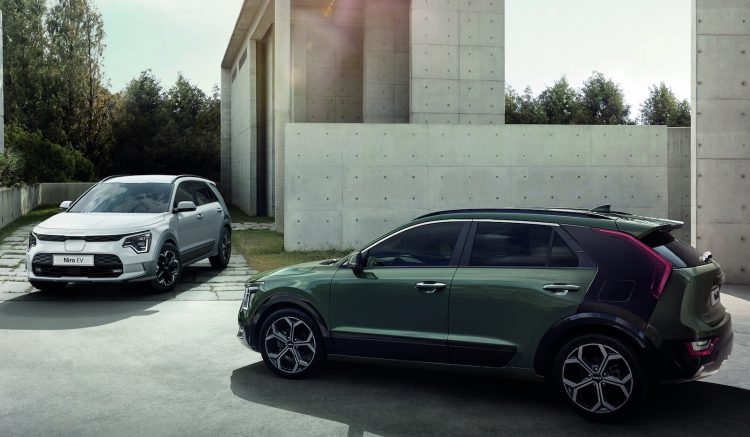 BMW has confirmed it will be introducing a fully electric version of its X1 small SUV this year (internationally), likely called the iX1. It’ll follow in the footsteps of the iX3 mid-sizer based on the X3. Specifications are yet to be confirmed, however, it is likely to come with the same 80kWh battery pack and 210kW electric motor as the iX3. This will help it take on the likes of the Volvo XC40 Recharge Pure Electric, which develops up to 300kW in twin-motor AWD form.

The M35i variant will be the first performance variant of the X1, joining the X2 M35i. It’s set feature the same 2.0-litre turbo four-cylinder developing 225kW and 450Nm, as well as all the usual M Performance bits and pieces. Expect sports suspension, brakes, and a special aero kit, as well as a similarly-enhanced interior with bespoke seats and trim. It’ll take on the likes of the Mercedes-AMG GLA 35.

2022 will also see the arrival of Volvo’s first-ever purely electric nameplate, the C40 Recharge, which has been confirmed for Australia. In addition to its sleek coupe-like looks, the Volvo C40 will receive a dual-motor system pushing out 300kW and 660Nm, with power thrown to all four wheels that results in a 0-100km/h sprint of just 4.7 seconds.

The C40 is packaged with a 78kWh lithium-ion battery pack that offers up to 420km of range, certified to the WLTP standard, with 150kW DC fast-charging capabilities that can increase the battery’s charge from 10 to 80 per cent in just 40 minutes. The C40 measures in at 4431mm long, 1850mm wide and 1582mm tall, offering a wheelbase of 2702mm and cargo storage of 413L, making it perhaps one of the more practical vehicles of its segment. Prices are yet to be confirmed by Volvo, but such details are expected to be finalised closer to its late-2022 Australian launch. 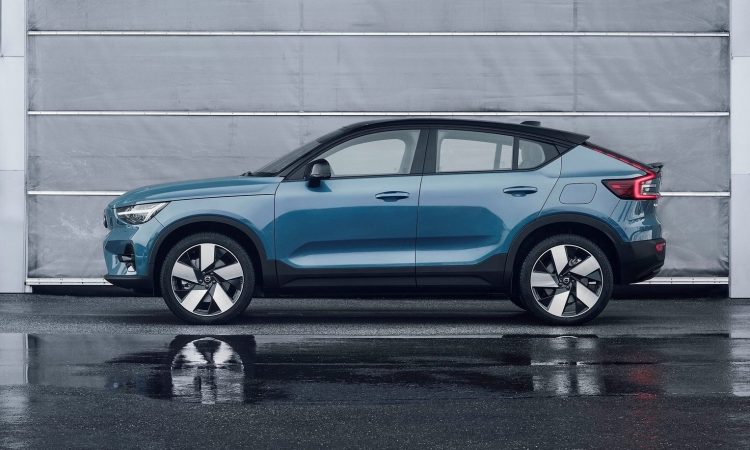 Ford Puma ST – not (yet) confirmed for Australia

The Ford Puma ST has gone down as an absolute treat in overseas markets, combining a zippy short wheelbase platform with the Fiesta ST’s powerful yet economical powertrain in a stylish little SUV body, filled with practical elements. While our choice to add it to the list rides on the back of speculation, it’s hard to ignore the fact that Australian buyers would likely flock toward the sporty Puma ST in droves. Over in the UK, where the Puma ST has enjoyed healthy sales figures, it is powered by a 1.5-litre turbocharged three-cylinder producing 147kW and 320Nm, which is paired with a six-speed manual, and even the option of a limited-slip differential over the front axle.

What’s more, the Puma ST has been developed by Ford Performance’s team of engineers who have added sports suspension and optimised chassis setup, combined with Hitachi twin-tube dampers, sharper steering ratio and upgraded 325mm front and 271mm disc brakes; 17 per cent larger than the standard Puma. Inside, there’s a set of sporty Recaro seats, 12.3-inch digital instrument cluster, 8.0-inch infotainment system and 456L of boot space on offer. While Australia has the Puma ST-Line, which offers a number of sporty aesthetic changes, we can’t help but feel buyers here would welcome Ford’s hot compact SUV with open arms. Fingers crossed. 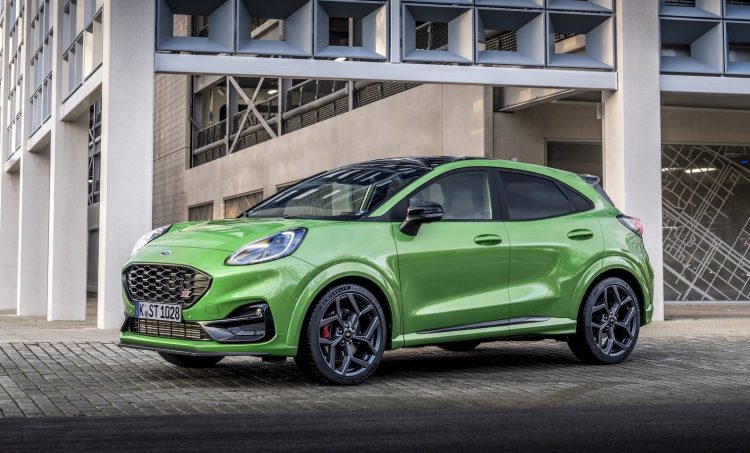