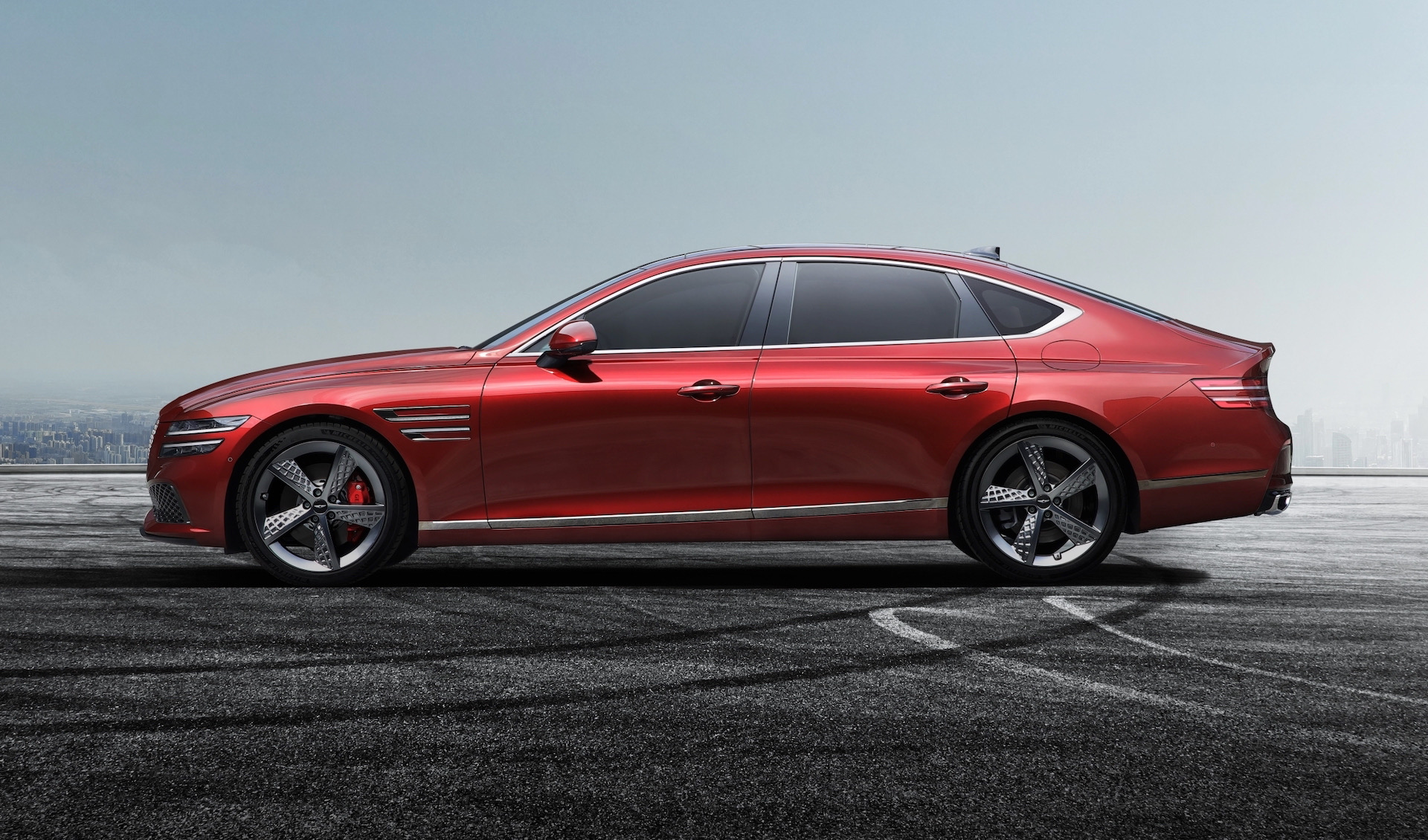 Genesis will soon launch a sporty version of its new G80 large sedan, creatively called the G80 Sport. The first images of the new variant have just been released and the local arm has confirmed an Australian launch. 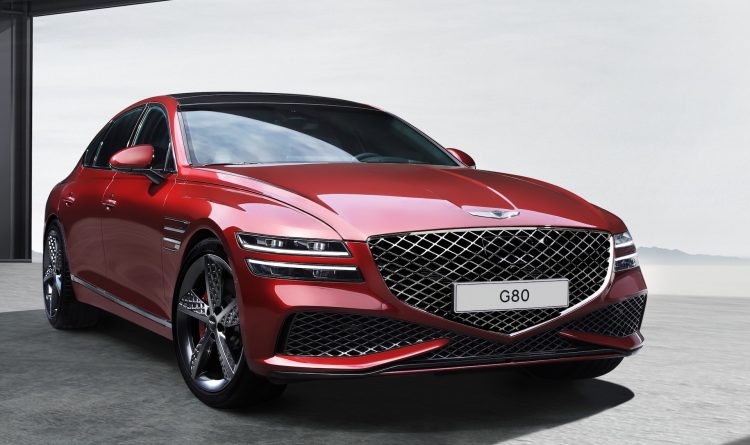 The G80 Sport brings in a number of exciting details over and above the regular G80. For the exterior, it showcases a new persona thanks to unique 20-inch dark finish alloy wheels complete with a ‘G-Matrix Pattern’, with either red or black brake calipers hiding behind.

Genesis confirms it will be presenting the new version with an exclusive paint colour option called Cavendish Red. It’s inspired by the red cliffs of Prince Edward Island in Canada. Likewise, Genesis will be offering three exclusive interior colour options as well, including black monotone with either grey or red stitching, and Sevilla Red.

Also inside, the driver is presented with a sporty three-spoke steering wheel as opposed to the four-spoke item on the standard G80, and buyers will be able to select between aluminium, carbon fibre, or a new diamond-pattern hybrid weave. There’s also Sport-exclusive quilting for the seats in diamond or V patterns. 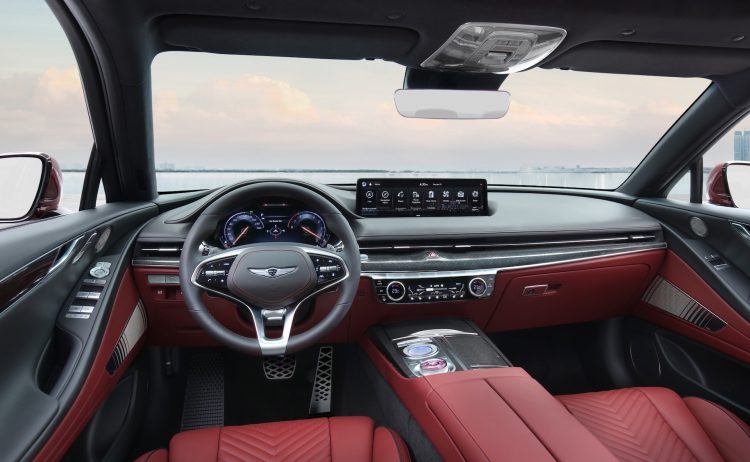 No specifications have been confirmed yet, however, Genesis has confirmed the new variant will be available with rear-wheel steering. This will no doubt improve agility in tighter bends and stability in higher-speed sweepers. It looks like the Sport will come with all-wheel drive, judging by the badge on the back of this show car.

At the moment the flagship G80 3.5T features a 3.5-litre twin-turbo V6 that develops 279kW and 530Nm. In Australia this is only available with all-wheel drive. There were earlier rumours that suggested this engine might be tweaked for the Sport variant, with power potentially pushed up to around 313kW.

Genesis Australia confirms the G80 Sport will go on sale locally during the fourth quarter of this year, with more details and specs to be announced in the third quarter.