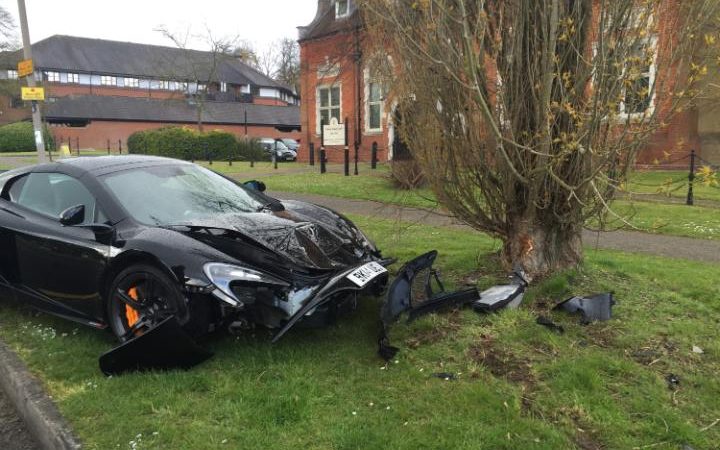 It’s one of those very unfortunate but slightly funny stories. A person buys a supercar, only to crash it just minutes after the purchase. As so it has happened to an unlucky McLaren 650S Spider owner recently. 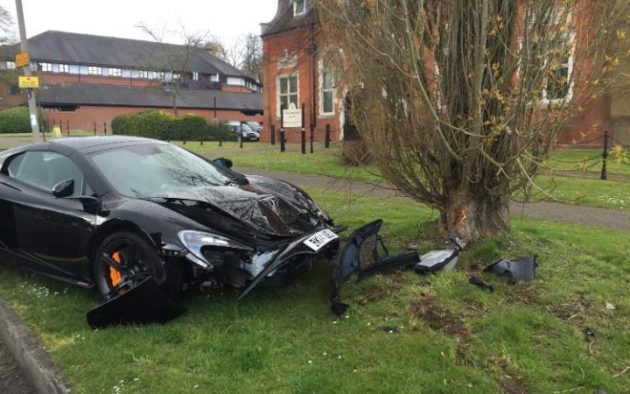 The incident happened in Essex, UK. According to a Telegraph report, the owner took delivery of the twin-turbo V8 supercar at his home and celebrated with some champagne.

Moments later, the driver lost control in cold and damp conditions. This involved the McLaren leaving the road, only to come to a sudden stop after punting a tree with its nose.

As you can see by the image, the front of the 650S Spider is totalled. Most of the bumper bar is non-existant and even the bonnet is crumpled up. Behind the bumper you can also see some important bits and pieces helped the supercar come to rest.

It’s understood the driver walked away without serious injury. Authorities are yet to determine the exact cause of the accident, and it’s unknown if speed was a contributing factor. Authorities are asking for any witnesses to assist.

It wouldn’t be difficult for an average driver to lose control in the 650S. After all, it is rear-wheel drive and capable of covering 0-100km/h in just 3.0 seconds with its 478kW V8. We suspect the stability and traction control management was turned off prior to the incident.