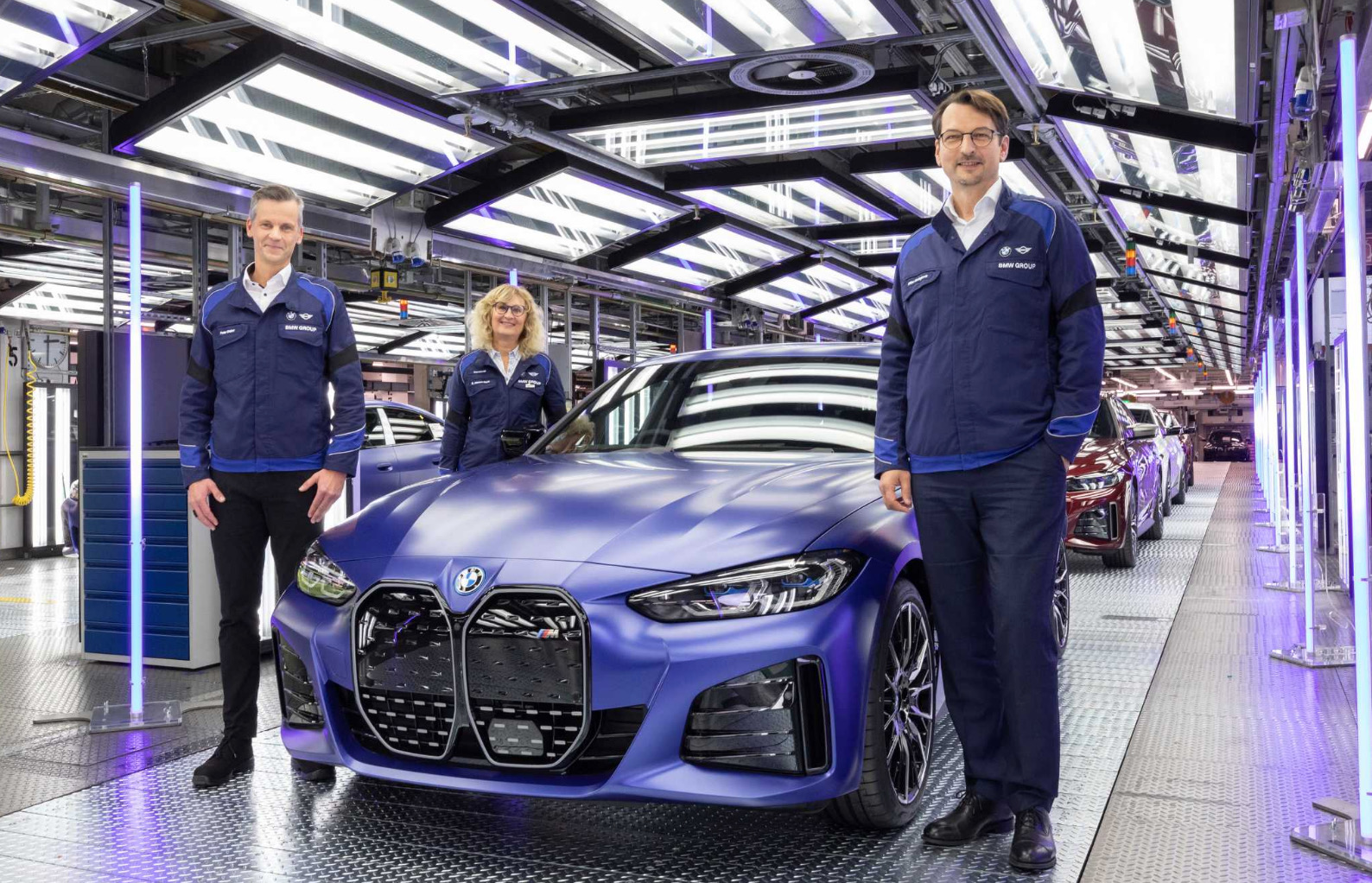 BMW is celebrating a significant milestone in its transition to electrified motoring, with the first series-produced examples of the BMW i4 rolling off the production line in Munich, Germany. 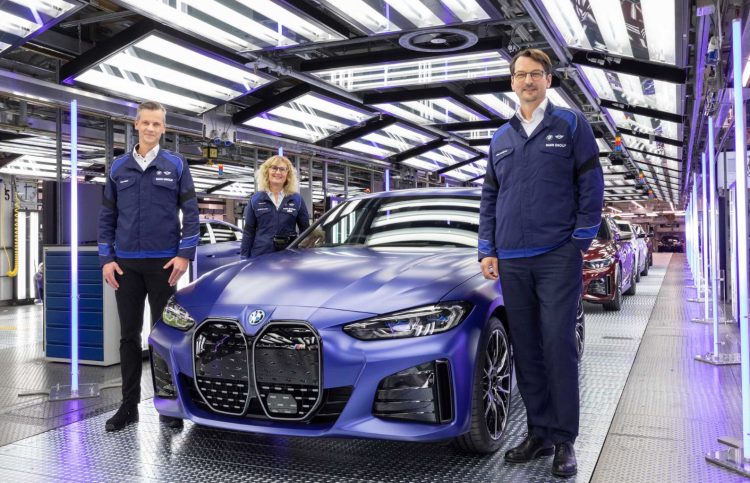 The milestone is particularly significant given that BMW is aiming for its Munich plant to really scale-up the production of hybrid and electric vehicles by 2023, forecasting that “at least” half of all models rolling off the Munich line will come in the form of a battery electric or hybrid powertrain.

The feat was made more impressive by the fact that BMW was able to re-tool parts of its 100-year-old production line in Munich without any disruptions to the wider vehicle output, thanks to a 200-million-euro investment.

This is in addition to the fact that 90 per cent of BMW’s updated production line can be used for the production of the all-electric i4, as well as sedan and Touring wagon variants of the plug-in hybrid 3 Series, the M3, and the 4 Series Gran Coupe. Peter Weber, director of BMW Group Plant Munich, said:

“We are well aware that, owing to the city location of our production facility, we have a special responsibility. Our project to reduce CO2 emissions at our home plant will have a major impact that’s positive both for the environment and for our immediate neighbourhood.” 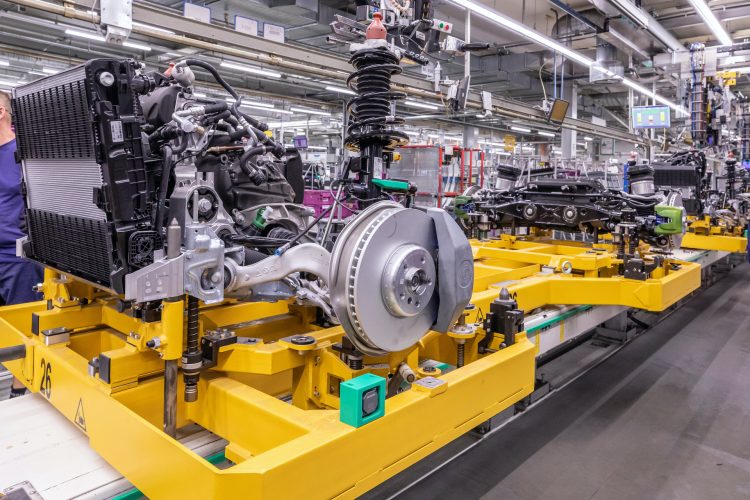 The first deliveries are scheduled to arrive here in Australia during the first quarter of 2022.