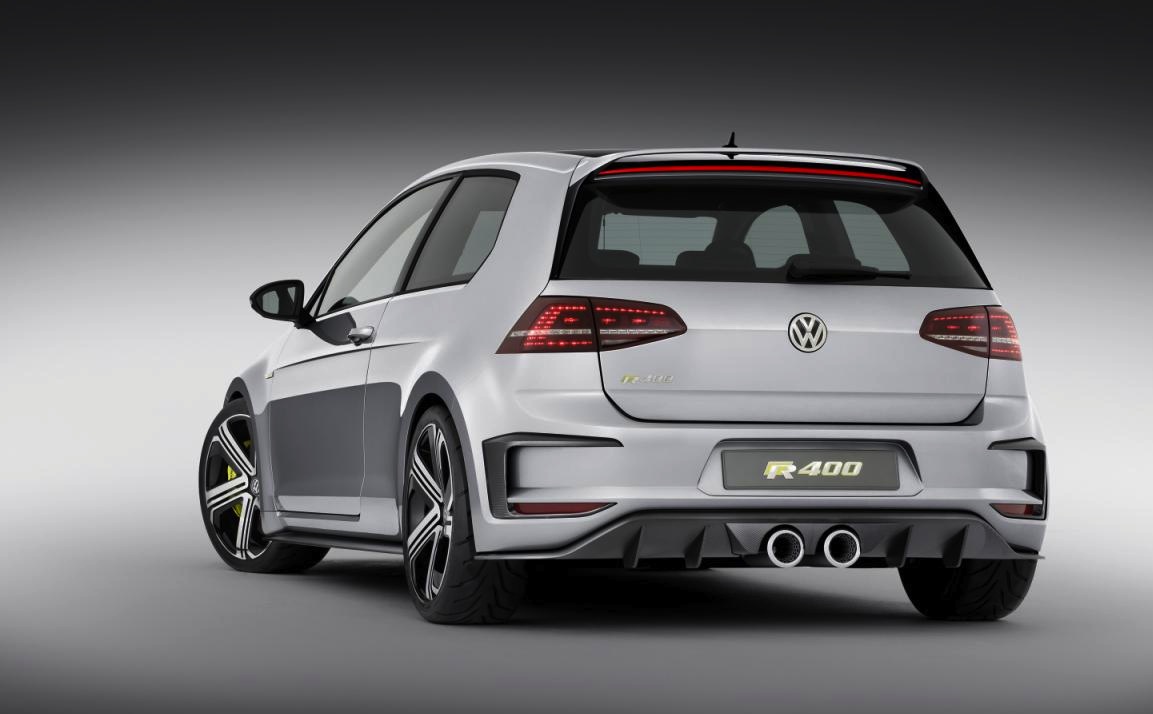 The Volkswagen Golf R is already a very serious little super hatch (review coming soon), but there’s now word that suggests an even more potent version is on the way possibly labelled the ‘R 400’. 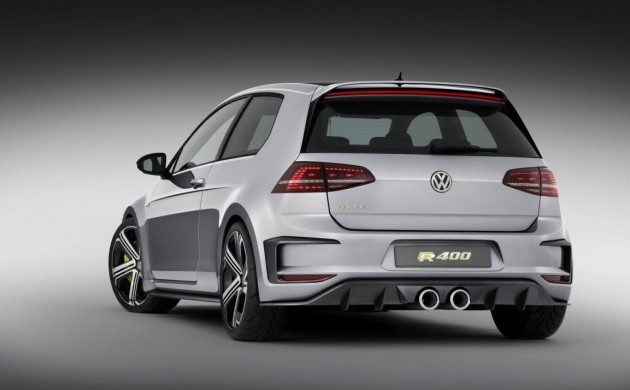 According to a CAR magazine report in the UK, Volkswagen will introduce a special R 400 model based on the concept car of the same name unveiled earlier this year. It’s set to be a regular production model and not a limited edition.

The company is yet to announce the plans officially, but the publication seems adamant it is on the way. It’s understood it will retain the EA888-based 2.0-litre turbocharged four-cylinder and all-wheel drive system from the Golf R, with power topping out somewhere around 300kW.

Volkswagen spoke about future powertrain plans at a special presentation earlier this year, quoting Dr Heinz Jakob-Neusser, member of the board of management at Volkswagen, as saying,

“As well as giving first insights into the new high-performance and high-torque engines from Volkswagen such as the new 2.0-litre TDI bi-turbo with an impressive 176kW for the new Passat or the 2.0-litre TSI with up to 294kW for the sportiest Golf models, Neusser also presented the latest top developments in the field of DSG transmissions: the new 10-speed DSG for torque of 500Nm and more.”

This does give us some insight as to what sort of power potential we can expect. Not only would 294kW (400PS) make it the most powerful production Golf ever, it would also surpass the current power output record for a 2.0-litre four-cylinder, which stands at 265kW – achieved by the Mercedes A 45 AMG 2.0-litre.

Like the concept, the red-hot Golf R 400 is expected to come with a more aggressive bodykit compared with the regular Golf R, with larger intakes and a slightly revised front end. Volkswagen will probably give it a unique interior as well, and some uprated components. We’ll be sure to keep you updated with any more news that we hear.