TopCar of Russia has revealed its latest upgrade kit for the Porsche Cayenne Turbo. Called the Vantage GTR2, the upgrades give the Cayenne a fatter and more aggressive look, with a bespoke new interior. 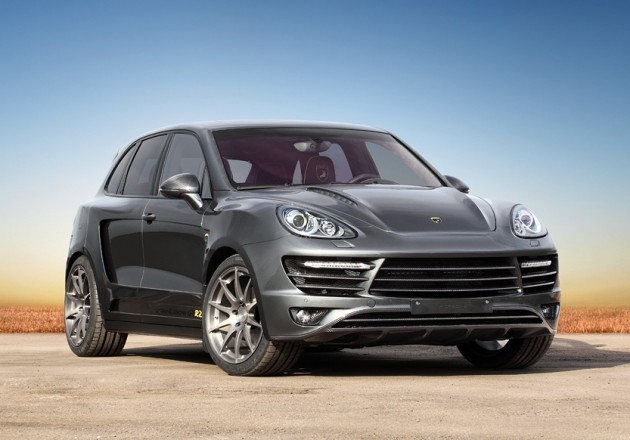 Some will criticise the Cayenne on its styling, saying that it looks a bit ugly. Well, perhaps the Vantage GTR2 will fix that? It gives the performance SUV a much more complete stance while also making it look a lot more muscly than the standard version.

The kit includes a new front bumper bar incorporating loads of horizontal slats, and a new rear bumper showcasing a chunky carbon fibre diffuser section. The body also gets pumped out wheel arches and thicker doors and panels, including large intake vents in the rear doors. 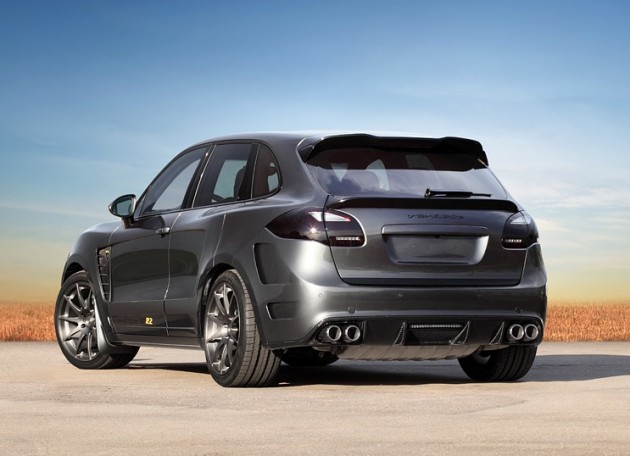 To finish it all off there’s a new rear spoiler on the tailgate, a new vented bonnet, and a set of ADV10 lightweight alloy wheels. The interior is also finished in Alcantara and quilted leather trimming with yellow stitching.

Just 50 examples of this stealthy SUV will be made. What do you think? Does the kit improve the Cayenne’s styling?