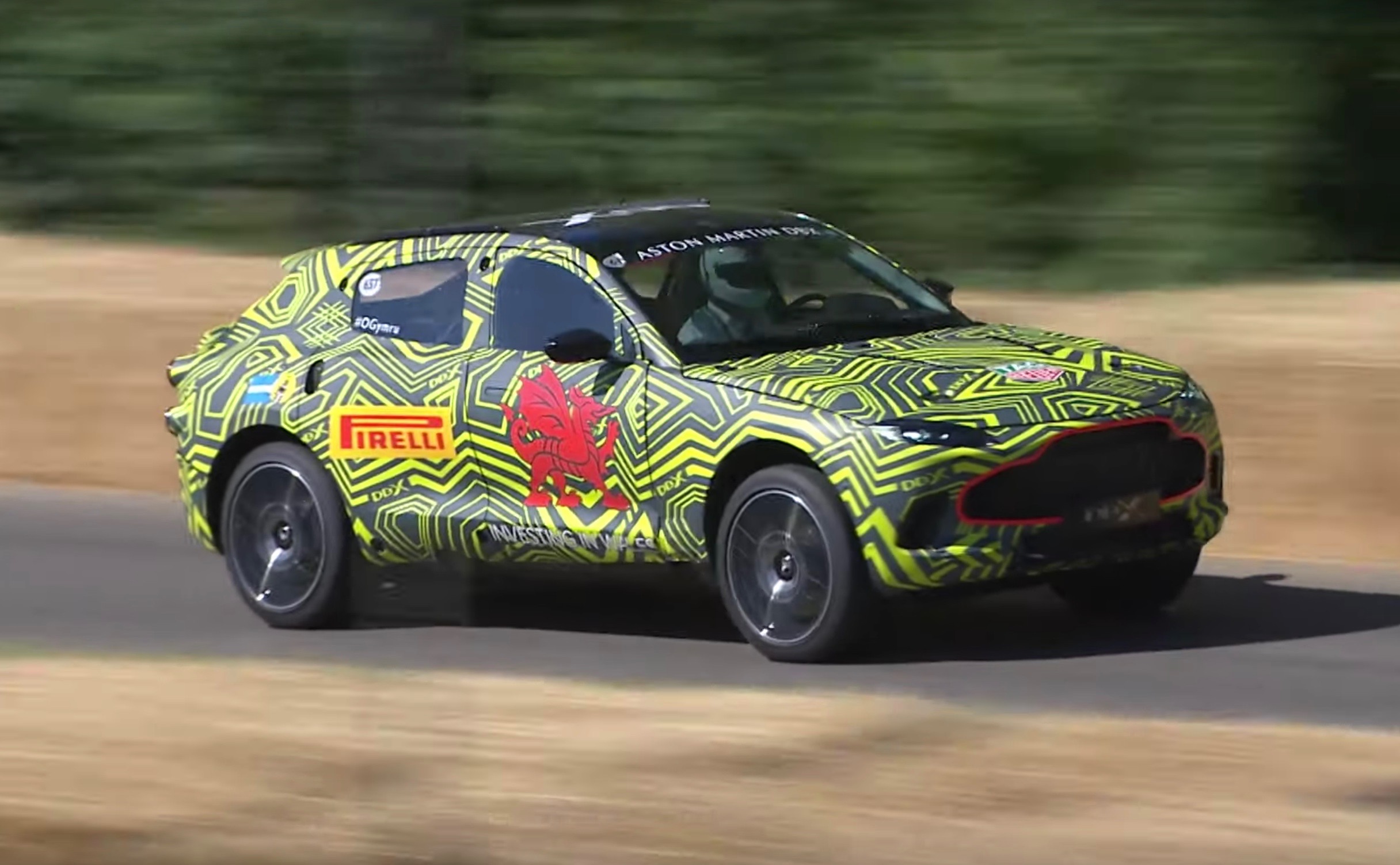 The Aston Martin DBX SUV has made its dynamic debut at the 2019 Goodwood Festival of Speed. Well, not really, but in prototype form at least. And it gives us a chance to have a listen to its engine for the first time. 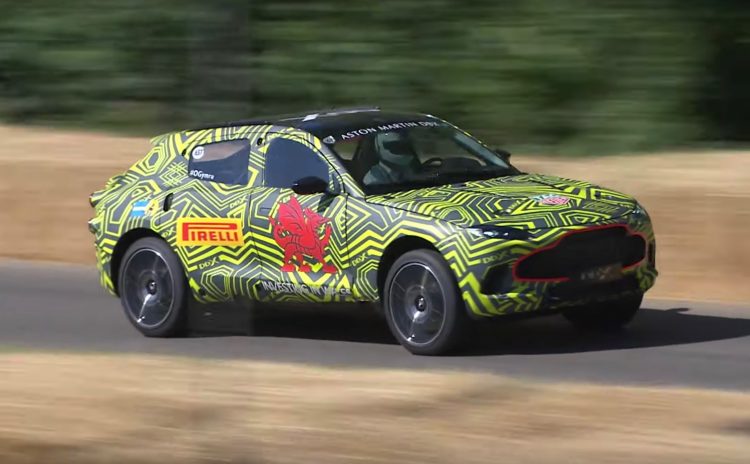 As you can hear, the DBX will be powered by a V8 and not a V12 as some have previously rumoured – although a V12 option may arrive later down the track. It’s suspected Aston will use the 4.0-litre twin-turbo V8 that’s seen in the Vantage and DB11 V8, which in turn is a unit made by Mercedes-AMG.

Prototype testing is still underway and so far engineers have been playing around in the mud in Wales, and drifting about on snow and ice in Sweden to fine-tune the driving dynamics. The company has previously said the DBX will be ready for a wide range of multi-terrain surfaces, and in that sense, it is set to be genuine SUV. 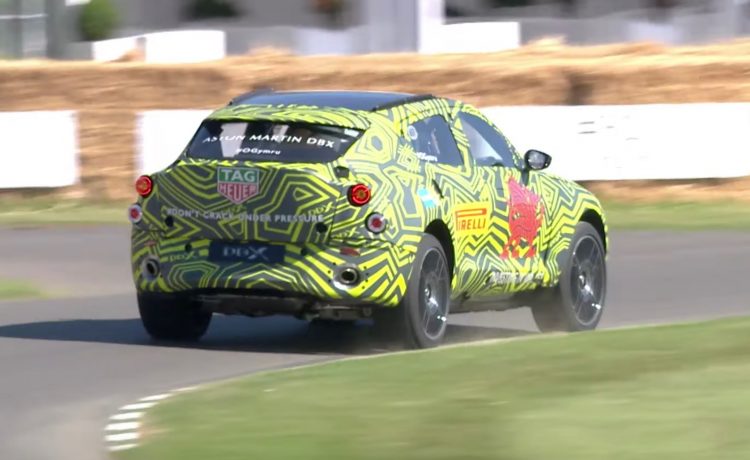 Of course, it will also be a fast and spirited drive on the tarmac, as demonstrated at the Goodwood event. It sounds the goods, and it looks suitably quick up the famous hill climb course.

No further camouflage seems to be shed from the prototype compared with what we’ve been shown before. It looks like some of the final body design is yet to be applied, with what looks to be makeshift taillights at the back, and a lack of rear door handles.

Aston Martin will be producing the DBX at its new factory in St Athan in Wales, starting next year. An initial reveal is expected a bit later this year. Take a look at the Goodwood sprint video below to see how it goes.