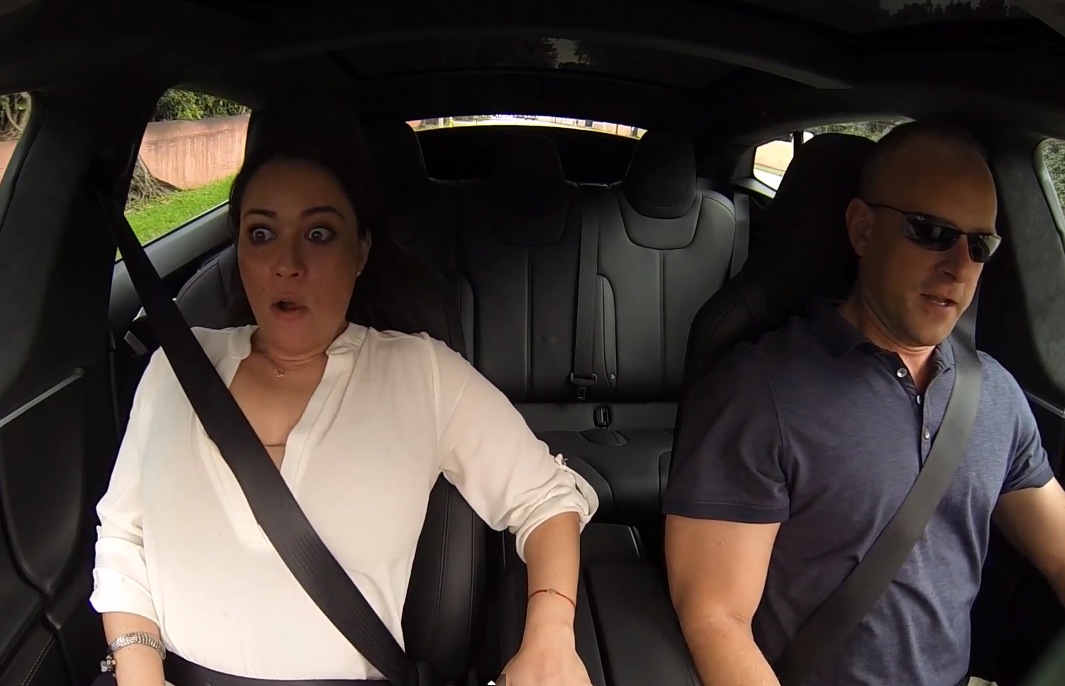 The fully electric Tesla Model S is becoming the next big trend in the auto world, and the video below gives you some idea of why that is. 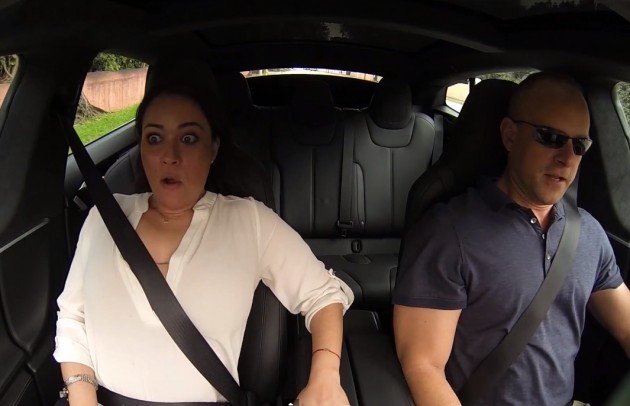 In Australia the top Model S you can buy is the P85+. Its successor is the P85D (below), which will arrive locally in June-July this year. What’s the difference between the two? The P95+ (review coming very soon) features a 310kW rear-wheel drive setup, while the P85D uses a dual-motor all-wheel drive layout with 515kW.

Without giving away details of our P85+ review we think the acceleration performance is already immense. We can only imagine what the P85D feels like. In fact, acceleration from 0-100km/h in the P85D is quoted at 3.4 seconds, making it the quickest production sedan in the world.

The folks from DragTimes YouTube channel have put together this rather funny video which captures the reaction of unsuspecting passengers as they feel the force of the P85D. Click play below to take a look.