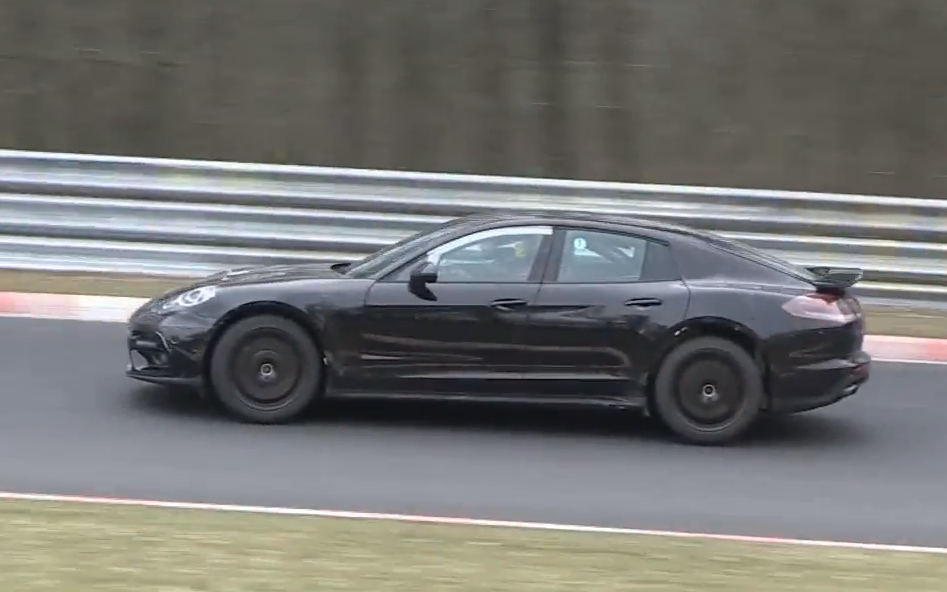 Porsche has been spotted trashing a prototype version of the 2016 Panamera around the Nurburgring in Germany, with most of the body styling left undisguised. 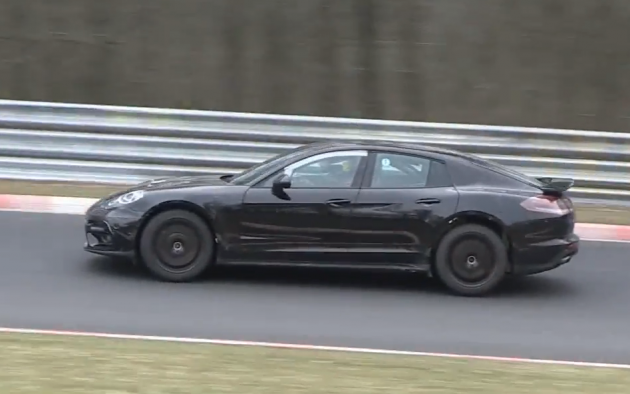 The next Panamera is set to receive a major overhaul, despite this prototype wearing seemingly minor changes. Underneath is expected to be a new chassis based on the VW Group MSB platform.

With the MSB layout the Panamera is tipped to be significantly lighter in weight compared with the hefty circa-2000kg model. Reports predict a weight saving of around 100kg thanks to a more extensive use of aluminium and high-strength steel in its construction.

In terms of styling, the 2016 Panamera will apparently go for a more appealing look compared with the current version which has been heavily criticised in the past. Even Porsche design boss Matthias Muller has previously said the current design could be better.

We can expect to see a sleeker profile with longer, horizontally-themed panels, slimmer headlights and taillights, and, by the looks of the prototype in the video below, some sharp panel contours to give it a less swollen and more defined look. A set of more muscular rear haunches seem like they’re on their way too.

As for the powertrain options for the new model, all engines are set to be turbocharged. A 3.0-litre V6 is anticipated to kick off the petrol lineup, with potentially a 3.6-litre twin-turbo V6 taken from the Macan SUV. A turbo-diesel V6 will likely continue, with a revised hybrid for the eco-minded enthusiasts.

Sitting at the top will be a twin-turbo V8. The engine in the flagship Panamera Turbo will reportedly come from the upcoming Cayenne Turbo S SUV, offering around 420kW.

Click play below for a sneak peek. More details will be announced later this year before it hits the market in 2016. The current-gen Panamera has been on sale since 2009, although there have been updates and new powertrains introduced to refresh the lineup along the way, including a facelift in 2013.