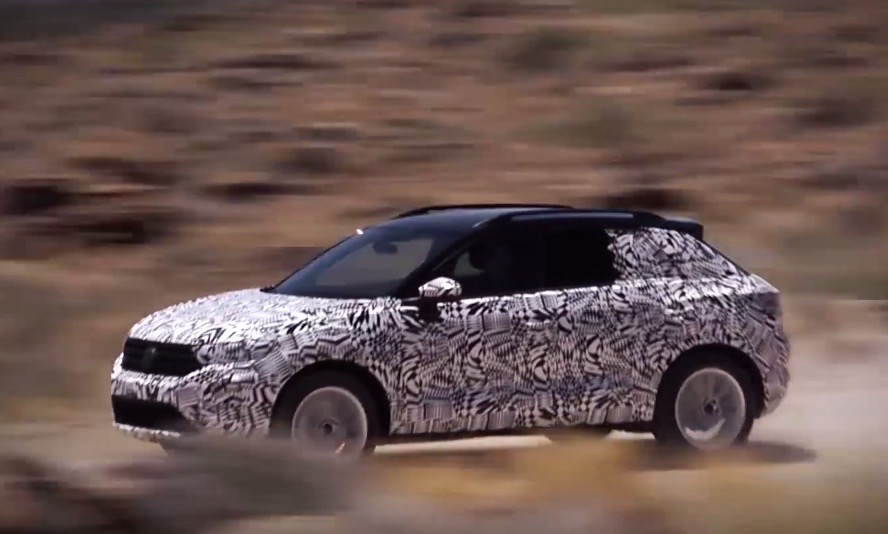 Volkswagen will soon launch a compact SUV going by the name of T-Roc, and has released a short teaser to generate some anticipation. 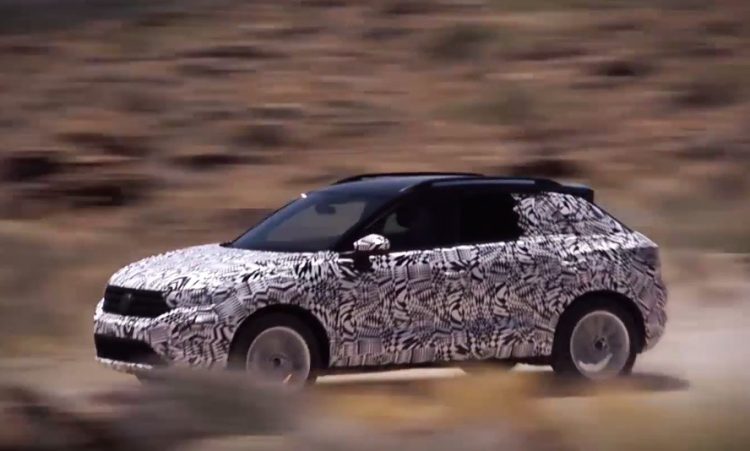 Seen here in prototype form, the T-Roc will slot in beneath the Tiguan. With the latest Tiguan stepping up slightly in size, this move would help the company cater for the booming compact market.

It measures 4178mm in length, 1831mm wide, and 1501mm tall, making it around 300mm shorter, and 140mm lower to the ground in terms of roof height than the Tiguan. Despite its micro size it will be based on the same MQB platform as the Golf and Tiguan.

Being based on this layout means it will probably share some components with the new Audi Q2, which is Audi’s smallest SUV, with a potential for both front-wheel drive and all-wheel drive options.

Under the bonnet is expected to sit a range of three- and four-cylinder turbocharged engines. Some of these could include VW’s new 1.5-litre turbo, and the upcoming 1.0-litre Compressed Natural Gas units (CNG) turbocharged three-cylinder.

The new T-Roc will be unveiled in full in August before going on sale in Europe later in the year. Take a look at the video below for a preview.