Hyundai has released a teaser image of a new concept car it plans to unveil at the 2013 North American International Auto Show next week. Called the Hyundai HCD-14, the concept showcases an elegant four-door coupe design. 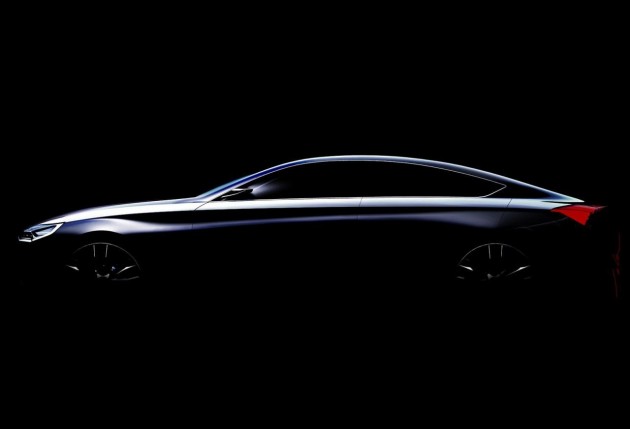 The HCD-14 is likely to preview a new design language which could be used on Hyundai’s future premium vehicles, including the upcoming Hyundai Genesis sedan, adopting a modern four-door coupe layout.

From the image, you can see a long sweeping bonnet with smooth panel lines extending from front to rear wheel arch. The rear end previews a short overhang and hatch layout.

No specifications have been revealed at this stage, however, the concept does feature 3D gesture-based technology for in-car controls, as well as “spirited driving dynamics”.

It’s unknown if the concept will be pitched as a sports car, however, taking the design theme into account, it’s likely to be powered by a powerful yet fuel-efficient engine.