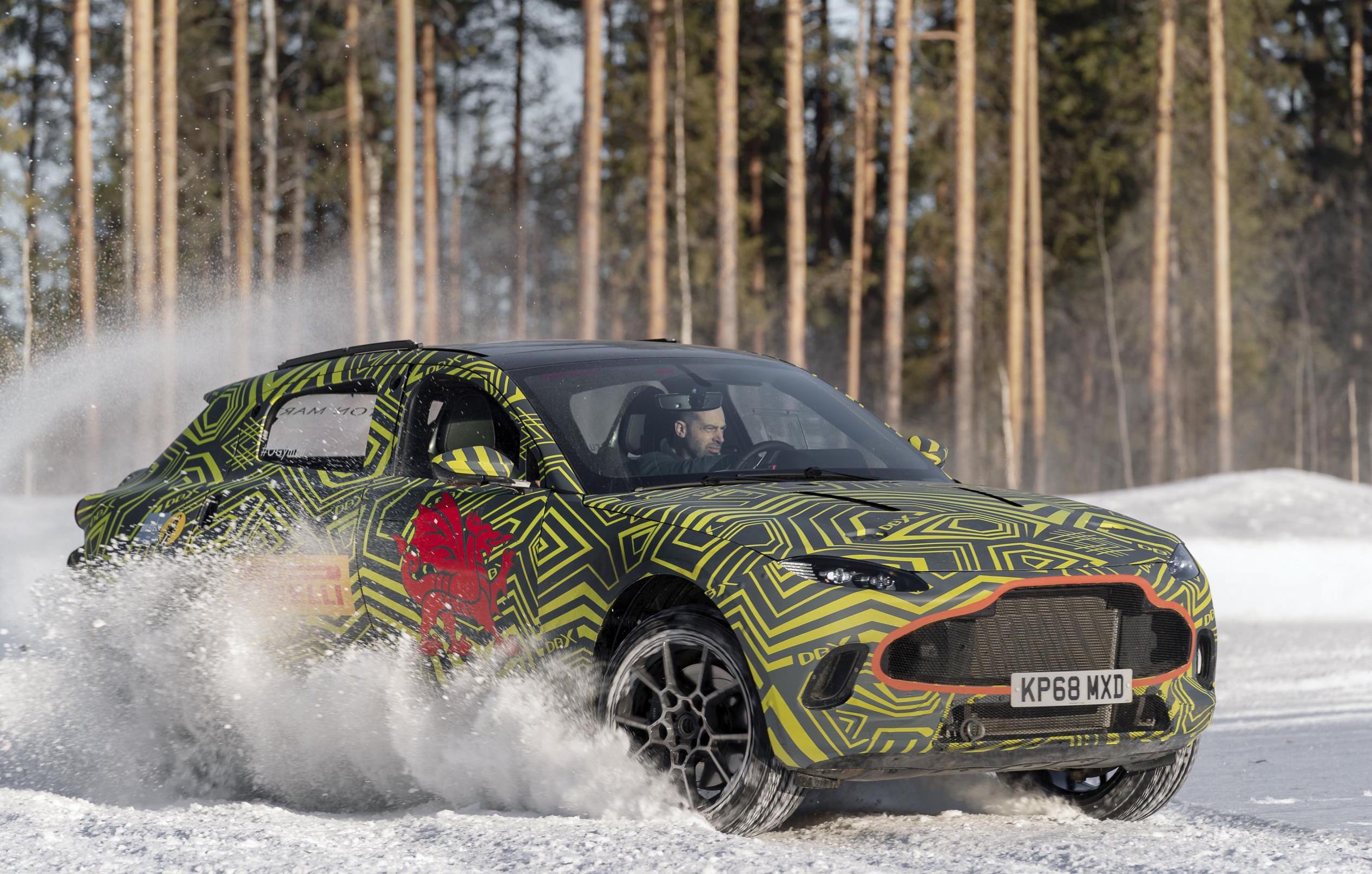 Development of the upcoming Aston Martin DBX SUV has moved onto freezing conditions near the Arctic Circle, where engineers are fine tuning the handling in slippery conditions. This follows on from initial testing on mud and dirt in Wales late last year. 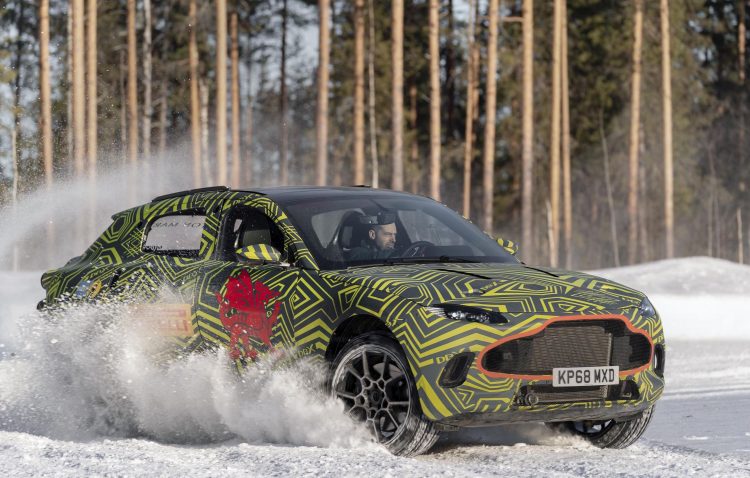 The Aston Martin DBX will come in as the British marque’s first SUV as it gets ready to compete against some of the other upper-premium newcomers, such as the Lamborghini Urus and Bentley Bentayga. As you can see by the prototype, the DBX will carry on some traditional Aston Martin design cues.

At the front it’s easy to spot the wide-open grille and trademark squinted headlights. But from there it all looks fairly conventional, in typical SUV style. The tailgate is sloped for that sporty profile, with what looks to be protruding taillights, but the doors and main torso look large and accommodating. 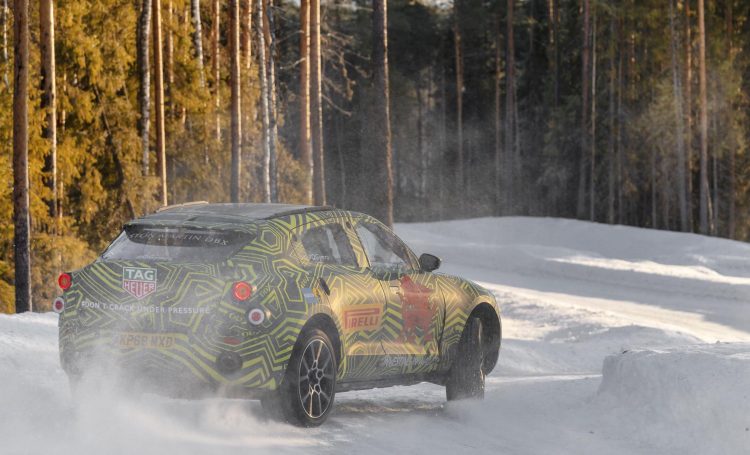 Aston Martin is taking the SUV theme quite seriously and wants to ensure it does offer real off-road driving ability. That’s why the Vehicle Dynamics team are testing systems at Pirelli’s official Sottozero Centre at the Flurheden Proving Ground in Sweden. Speaking about the development, chief engineer, Matt Becker, said:

“The Aston Martin DBX needs to be ready for a wide range of multi-terrain surfaces, so in addition to testing the car in normal day-to-day situations, we need to test it in extreme conditions such as these. Testing these prototypes in cold climate conditions helps us to assess the car’s early dynamics and crucially ensure confidence inspiring sure-footedness on low grip surfaces.”

There’s still no word on specifications or features yet, however, power is likely to come from the Mercedes-AMG 4.0-litre twin-turbo V8. This engine is used in the latest Vantage and is an option for the DB11. It produces 375kW in both applications.

Production of the DBX will take place in St Athan, Wales, starting in 2020. A full reveal is expected to take place later this year. In the meantime you can check out the video below showing a prototype having some fun in the snow.