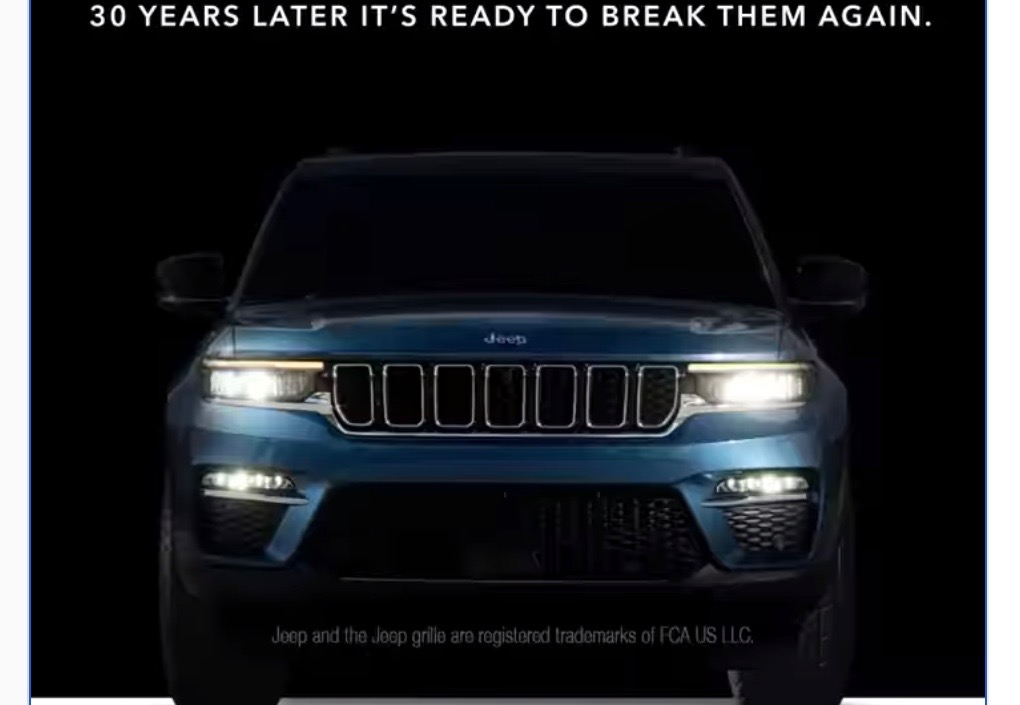 Jeep will unveil its all-new 2022 Grand Cherokee later this month, the company has just confirmed. It will come in as the fifth generation of the long-running, highly popular model line. 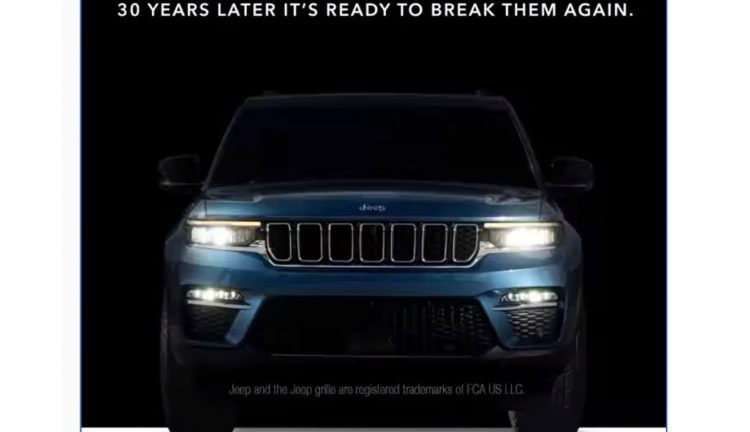 You might be a little confused, like us. Yes, Jeep did unveil a large SUV earlier this year. But that was the Wagoneer and Grand Wagoneer. Jeep also unveiled the Grand Cherokee L, seven-seater. They were massive SUVs, mainly designed for the North American market.

The 2022 Grand Cherokee is expected to borrow plenty from those though, in terms of design and potentially some of the features and technologies presented inside. In the L, for example (below), is a new centre touch-screen stack measuring 8.4 or 10.1 inches, along with a 10.25-inch digital gauge cluster. 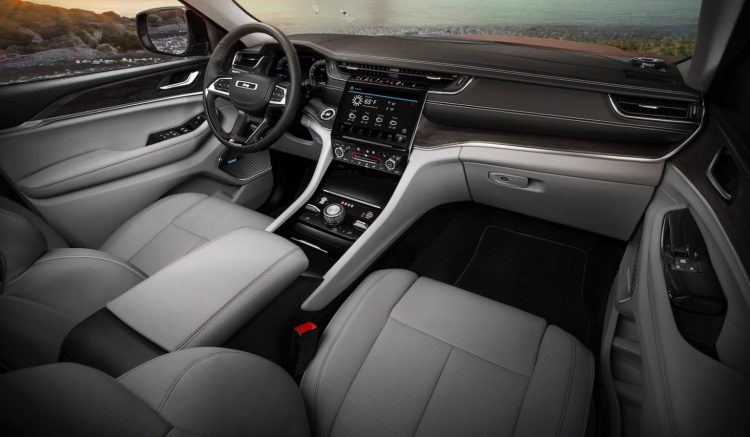 Jeep has sent out a teaser video onto its Instagram account (see bottom of this story) which pretty much reveals the new-look front end. And it does have some resemblance to the aforementioned models, too.

The headlights are thinner but stretch wider than before, and the traditional seven-slot grille is more neatly integrated into the headlight surround. The lower front bumper bar is also completely different, featuring separate daytime running LED lights, strakes and intake clusters compared with the outgoing model (below). 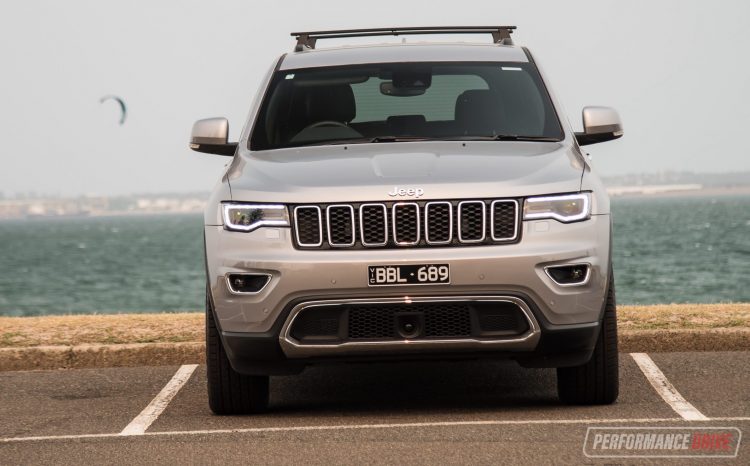 While the styling seems to be evolutionary rather than revolutionary, Jeep is calling the new model an “all-new” model. That’s because it jumps to a new platform. Finally, it will depart from the current layout, which started life as a DaimlerChrysler project back in 2010.

The new model switches to FCA’s Giorgio platform, shared with the Alfa Romeo Stelvio and Giulia. Obviously it is revised for the large SUV, but it is set to be more rigid and lighter weight than the outgoing setup, while also supporting modern technologies such as mild-hybrid systems.

As such, the 2022 Grand Cherokee is expected to receive the same powertrain options as the Grand Cherokee L. In America (Australian specs yet to be confirmed) the L is offered with a 3.6-litre Pentastar petrol V6, developing 216kW. A 5.7-litre V8 petrol HEMI engine will also be offered, developing 266kW, and there’s even a 2.0-litre turbo-petrol plug-in hybrid on the cards, for the ‘4xe’ variant, developing around 280kW.

In Australia we’d anticipate the 3.6L petrol to be the main choice, although, the outgoing model was also offered with a 5.7 V8 and even a 6.2 supercharged V8 in the form of the Trackhawk.

We don’t have to wait long to know all the details however, as the full debut is scheduled for Wednesday, September 29 (11pm AEST). Jeep Australia is likely to confirm some local info as well. Stay tuned.