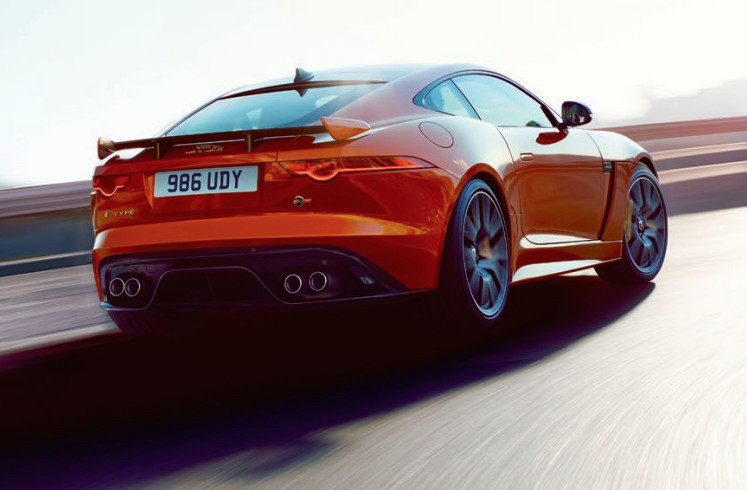 The high-performance Jaguar SVR that we’ve seen testing in prototype form for the past year or so has been revealed in production guise. 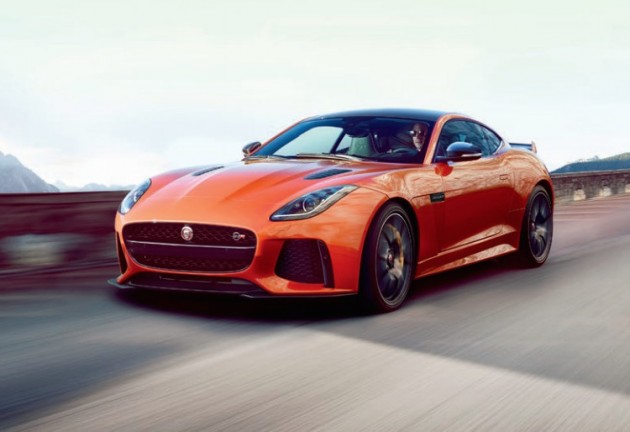 These images, which appear to be official, reveal the new range-topping model in full. As far as we know the SVR is developed by Jaguar’s Special Vehicle Operations division, and is set to come with a number of bespoke highlights.

Firstly, as you can see, the SVR uses a unique and more aggressive body with a deeper front chin spoiler, larger side intakes, side skirts, and a big rear wing instead of the usual flip-up spoiler on all other F-Types.

There’s also a set of special alloy wheels, believed to be of forged variety for ultimate lightness, measuring 20 inches. To ensure maximum grip they are wrapped in Pirelli P Zero tyres.

As for the engine? It’s expected to be a 5.0-litre supercharged V8. Instead of producing 404kW though, like in the current flagship F-Type R model, the SVR is tipped to belt out around 430kW.

The car is also likely to come with other mechanical enhancements, including bigger brakes, special sports suspension with adjustable settings, and a more serious locking rear differential.

Passengers are also treated to a custom interior by the looks of it, incorporating special leathers, brushed aluminium trimmings, and big-bolstered bucket seats. Customers will probably be presented with a number of colour and trimming options.

Judging by the fact these images look very official and ready for release, we suspect an official unveiling by Jaguar is just around the corner. It will join the Range Rover Sport SVR as the company’s highest-ranking performance model.